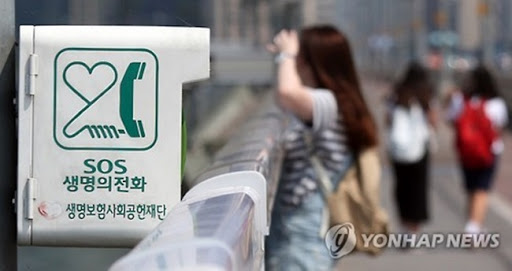 It Has Never Been More Clear: South Korea Has a Mental Health Stigma Problem?

With mental health being such a hotly discussed topic, specifically over the past five years, you’d think world health leaders are starting to get a handle on the epidemic.

Unfortunately, that is not the case. Fast spreading epidemics are polarizing events. We can see this ever so clearly by simply looking at the Coronavirus. Global and medical leaders are getting together frequently to discuss how they plan on tackling the virus. But what happens when an epidemic is a slow-churning event that snowballs at the pace of a snail? Such is the case with mental health disorders worldwide.

Although depression and other mental health issues have increased year over year, it is still considered to be a “slow-growth” movement. And that is the reason why world leaders and medical professionals don’t meet on an international stage to see how to truly combat it. That’s exactly why not only the problem persists, but only seems to be growing into an insolvable issue.

Make no mistake. Mental health is a global issue. However, while the U.S. largely takes up most of the spotlight, especially when national tragedies occur (such as the frequent mass shootings that occur), they are far from the “leaders” in mental health disorders. In fact, can you guess which nation has one of, if not the, worst mental health problems? That would be South Korea.

Consider this: according to the OECD, South Korea has, by far, the highest suicide rate of OECD countries. It’s not just suicide that’s an issue in South Korea. In a country that not only encourages but seemingly demands over-optimized work standards, it’s no wonder that roughly 95% of Koreans feel stressed. To put that in comparison, only 55% of United States citizens feel stressed during an average day. Then there’s depression, where at top estimates of 28% of elderly Koreans feel depressed (compared to between 10-15% of elderly Americans). We haven’t even scratched the surface of the other roughly 200 mental illnesses as defined by the DSM-V.

So Why Isn’t the Government Taking Action?

The answer to this question is extremely complex. The government is certainly not doing its part in combatting national mental illness. Even K-Pop stars are experiencing real problems. The real issue, however, is stigma. Over the last twenty years, American society has opened up a lot, enabling men to no longer fear showing emotion. Unfortunately, this has not caught up to South Korea. It is oftentimes seen as “weak” to go seek professional help for a mental disorder. This is a large reason why, for example, only 15,000 depressed people in South Korea receive therapy/treatment out of over 2 million suffers each year. To put that in numerical figures, that’s less than 1% of depressed individuals who are receiving appropriate and adequate help. Let that number sink in.

Due to the fact that South Koreans are under the influence of stigmatization, there’s no real solution currently. Mental health education is almost always considered the first step in mass-educating a public market. But, how can you educate when stigma is a constant overhang?

The Next Steps Are Clear

The current situation is clearly unsustainable in South Korea. It’s time to shift cultural feelings and ‘norms’, and start opening up about mental health. While the government should take their own steps in addressing mental health, it is up to every citizen to take a public stand about their views on mental health. Only then will we see a better and more mentally stable South Korea.

Author Bio:
Eric Silver serves on both the writing and editing teams at E-Counseling.com. Eric has developed a personal passion for spreading mental health awareness since becoming caretaker for a close family member battling severe depression nearly 20 years ago. He’s researched and written extensively on mental health, with a focus on depression and anxiety. Eric’s work has been published on therapy and depression blogs all across the web.