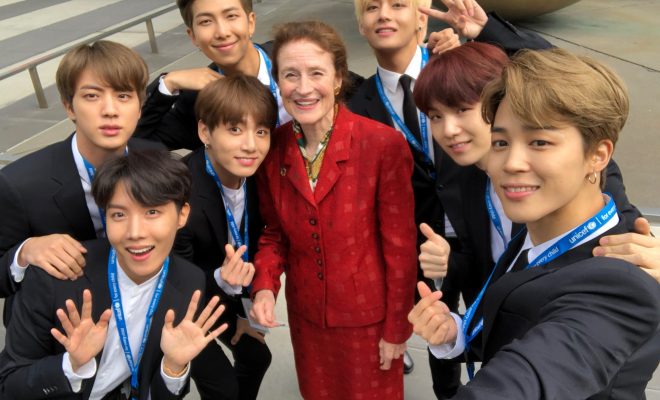 Spotify Commemorates #BTSxUnitedNations With A Playlist Reminding You To Love Yourself

BTS showed us we have reasons we should love ourselves.

BTS did it. They lived out their aspiration to serve as the voice of their generation as they took the podium at the 73rd United Nations General Assembly held at the UN Headquarters on September 24. 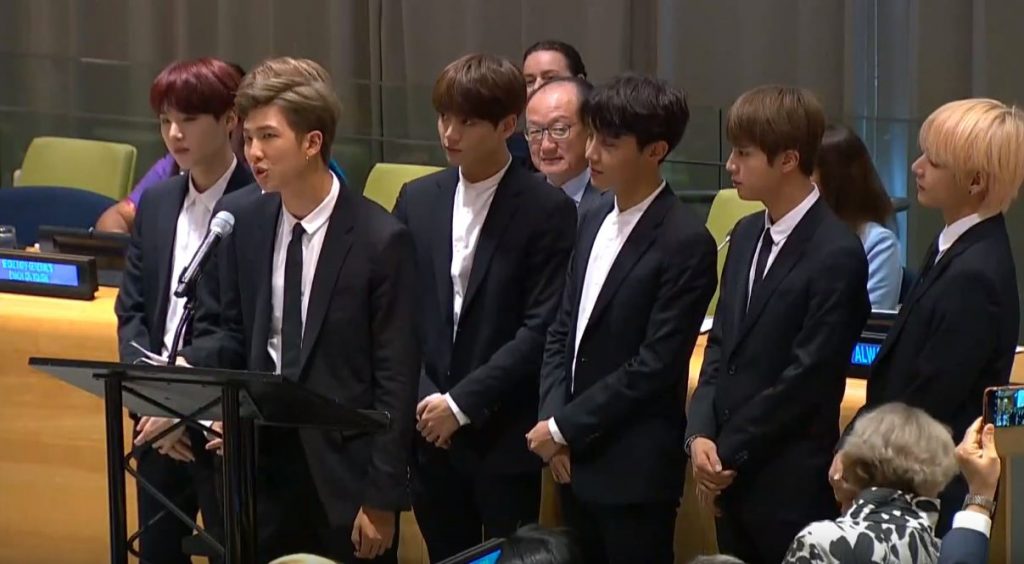 Touching the hearts of people all around the world — ARMY or not — with a speech centering on self-love, BTS’ leader RM reached out to inspire and give a flicker of hope to the youth. He shared his story about his personal despair, vulnerabilities, and the process of losing himself, but ended on a positive note as he closes his speech with how he eventually regained his voice and learned to embrace his true self — flaws and all.

Read: BTS Tells The Youth To “Speak Yourself” At The 73rd UN General Assembly

“Today, I am who I am with all of my faults and my mistakes. Tomorrow, I might be a tiny bit wiser and that will be me too. These faults and mistakes are what I am, making up the brightest stars in the constellation of my life. I have come to love myself for who I am, for who I was, and for who I hope to become,” he said, his message reiterating that of BTS’ songs and advocacies over the years. 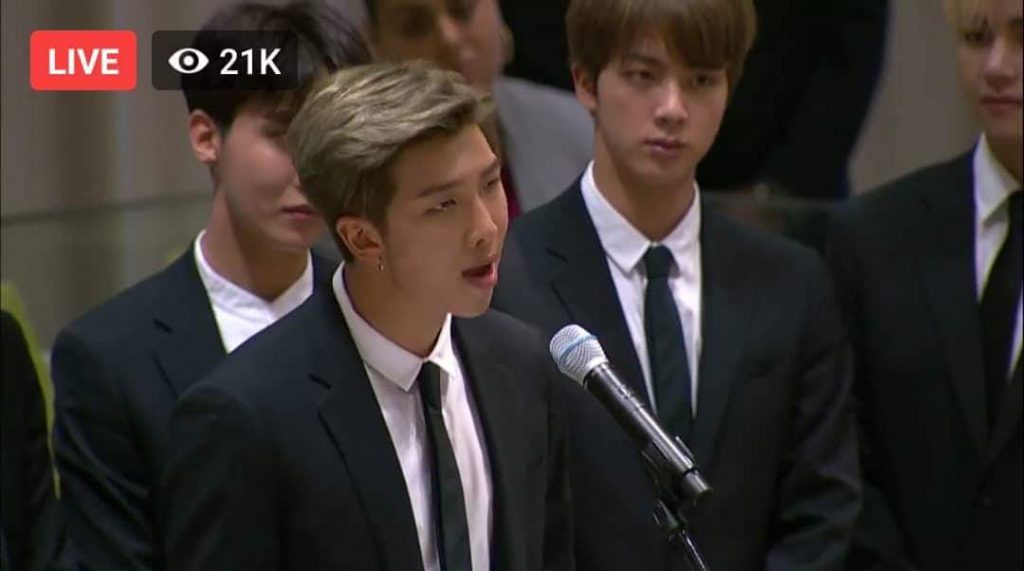 To commemorate this historic speech which moved a lot of hearts and to continue this message of positivity that BTS had imparted, Spotify has curated a special playlist to remind people to celebrate self-confidence and self-acceptance!

The playlist, entitled “Love Yourself” — just like BTS’ album series which touches on celebrating one’s self, include songs from artists around the world that feature inspiring messages about loving one’s self and being proud of our most unique qualities.

Turn it up to the highest volume should you need some cheering up. We guarantee that it will give you a boost, especially with BTS’ very own “Answer: Love Myself” track on top of the playlist!

Spotify has been a witness to BTS’ rising career and breakthrough in the international scene.

Have you been playing Spotify’s Love Yourself playlist? Let us know by leaving a comment below, giving us a holler on Facebook, or tweeting us at @hellokpop!