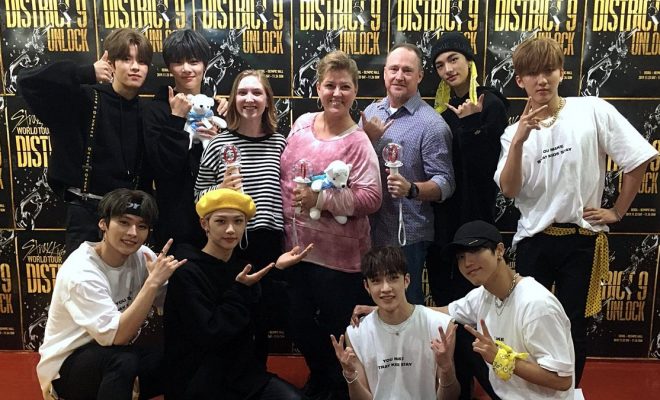 Stray Kids had a heartwarming encounter with a fifteen-year-old Stay who is battling an incurable disease during their recent concert in Seoul with the help of Make-A-Wish Korea. 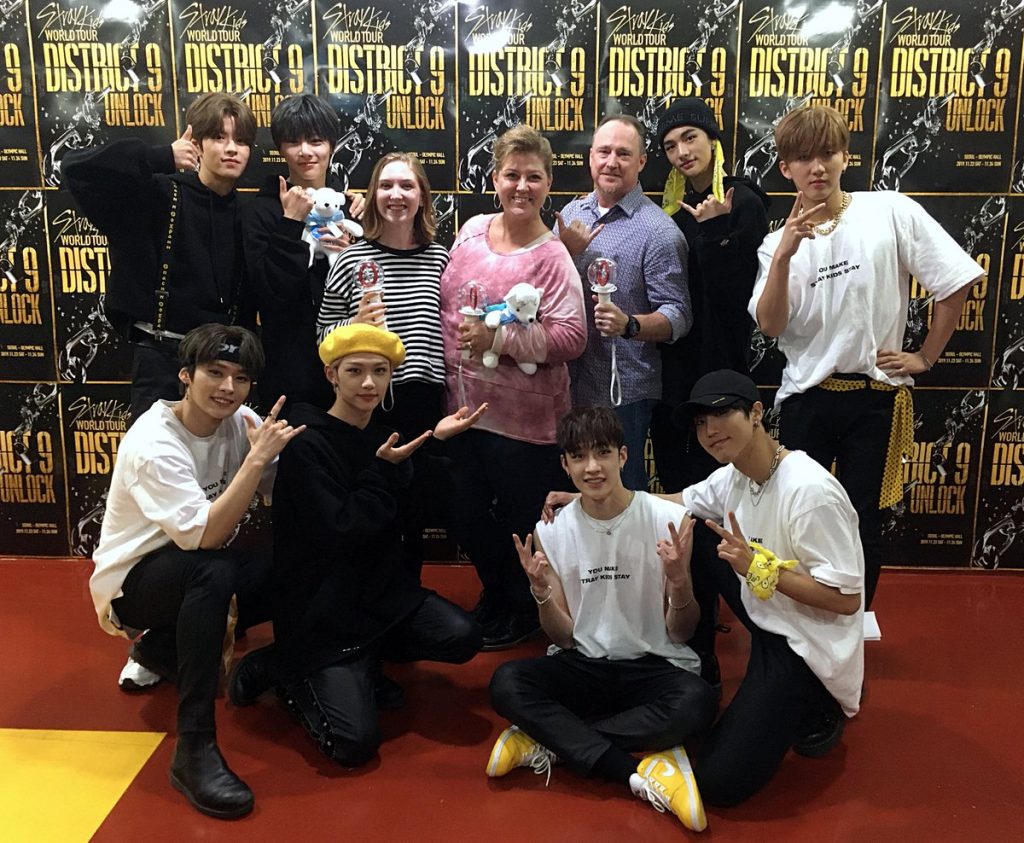 Alicia Scott, who is battling cystic fibrosis, visited the Stray Kids World Tour District 9: Unlock show in Seoul, which took place at the Olympic Hall in Olympic Park last weekend. Alicia’s wish to meet and talk with the boy group was made possible by JYP Entertainment and the Korean branch of Make-A-Wish, an international non-profit organization that helps grant the wishes of children with incurable diseases.

Alicia, who got to know the group through a local reality show aired in 2017, was fascinated by their music which sympathized with teenagers just like them. “The music and dance of Stray Kids always gave me strength,” she said about the group. “I’m grateful to JYP Entertainment for giving me a special experience with Stray Kids who made me strong.” 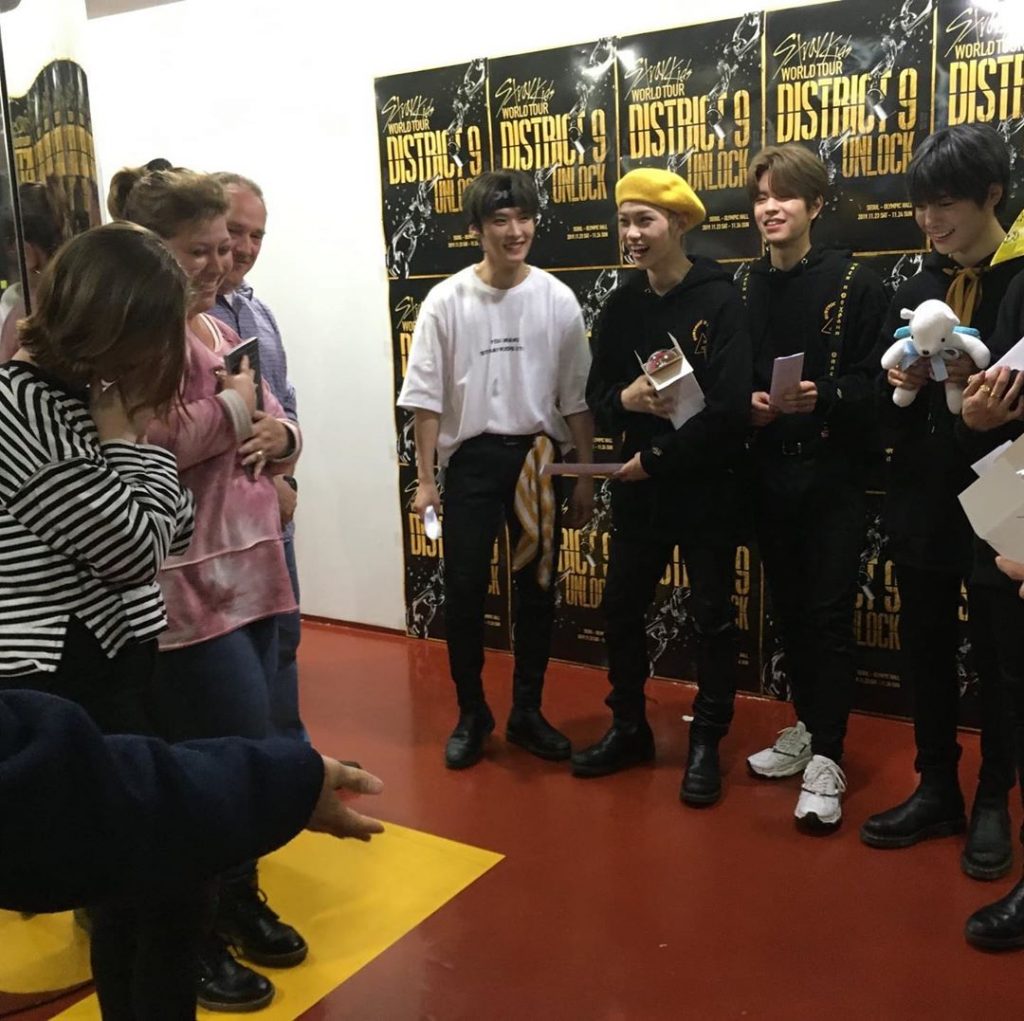 Her meeting with the group on November 24 took place in a waiting room after the show, and Alicia gave a loud cheer matching her look of amazement upon catching sight of the group. The eight members welcomed and treated Alicia, who came all the way from Hawaii with her parents, like she was an old friend.

Despite their busy schedule due to concert preparations, all the members took note of Alicia’s story before they met her and expressed their friendliness all throughout. Alicia was moved and wept for a while at the sight of Stray Kids welcoming her.

Felix, whom Alicia wanted to meet the most among the members of Stray Kids, said, “I would like to express my sincere gratitude to Alicia who empathized with our music and travelled to Korea after a long flight.” 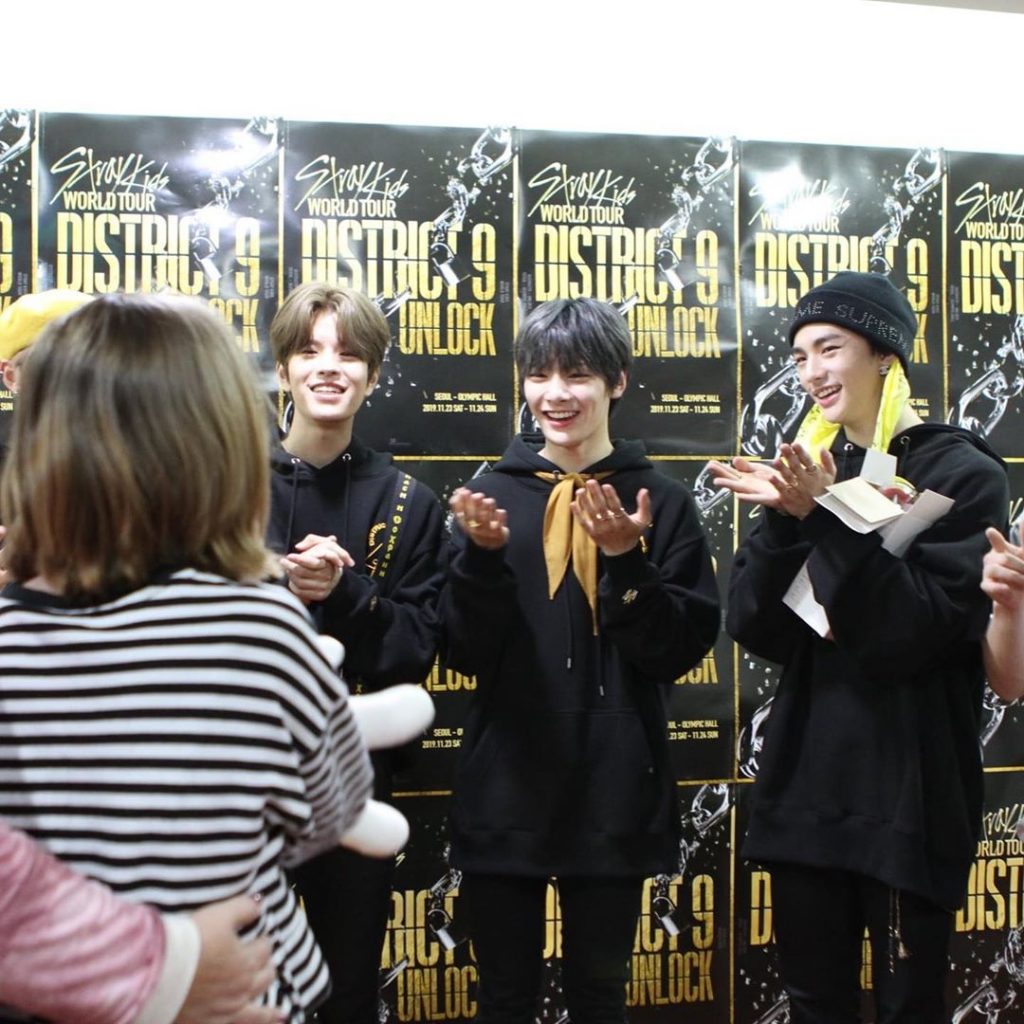 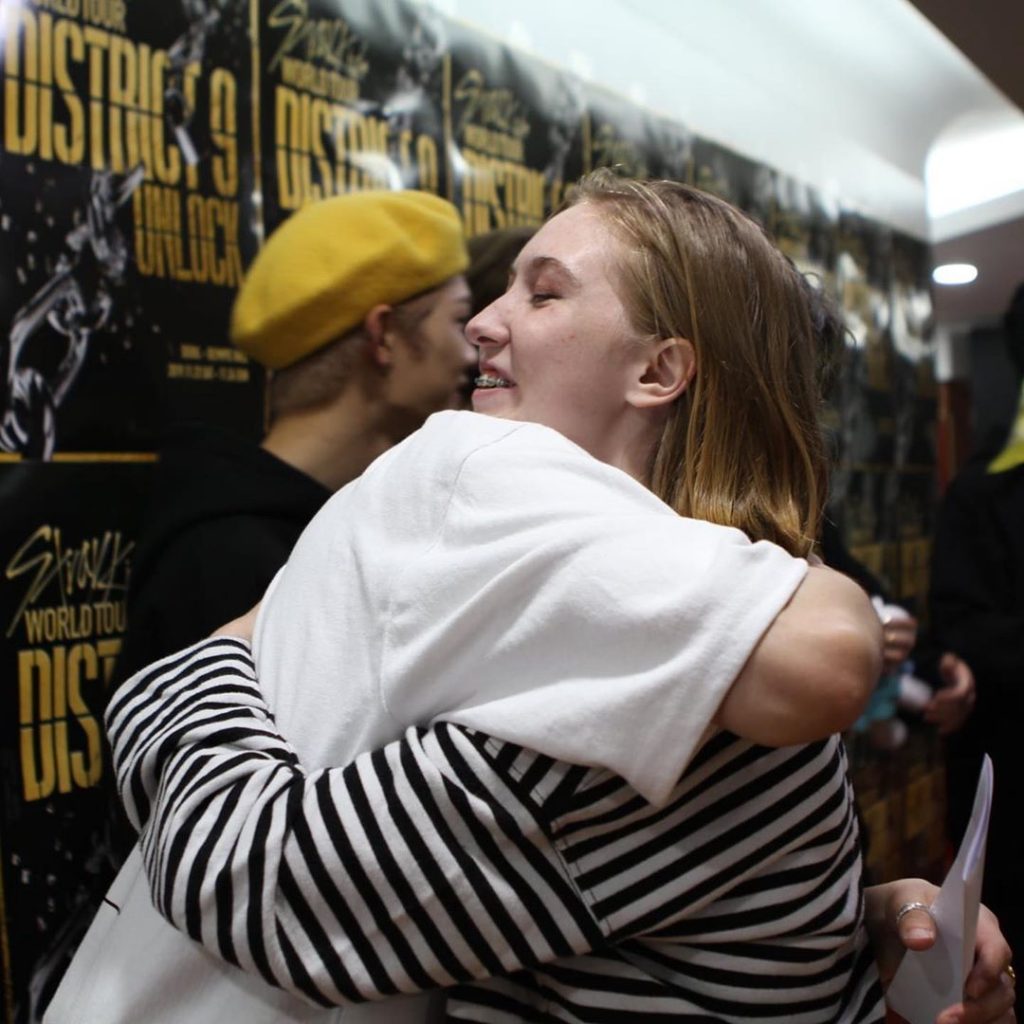 Make-A-Wish is an international non-profit organization known for their cause of bringing hope to children who are suffering from incurable diseases such as leukemia, brain tumor, and osteosarcoma. Earlier on June 2019, their Korean branch signed a partnership with JYP Entertainment with an aim of granting more wishes of critically-ill children, especially those who look up to the agency’s artists.

We need your support! If you have enjoyed our work, consider to support us with a one-time or recurring donation from as low as US$5 to keep our site going! Donate securely below via Stripe, Paypal, Apple Pay or Google Wallet.
FacebookTwitter
SubscribeGoogleWhatsappPinterestDiggRedditStumbleuponVkWeiboPocketTumblrMailMeneameOdnoklassniki
Related Itemsjyp entertainmentMake A Wish KoreaStray Kids스트레이 키즈
← Previous Story CIX Talks About “Hello, Strange Place” And The Simple Things That Make Them Happy In The Star December 2019 Issue
Next Story → TXT Are Back To Win More Hearts With Their “Angel Or Devil” Official Music Video