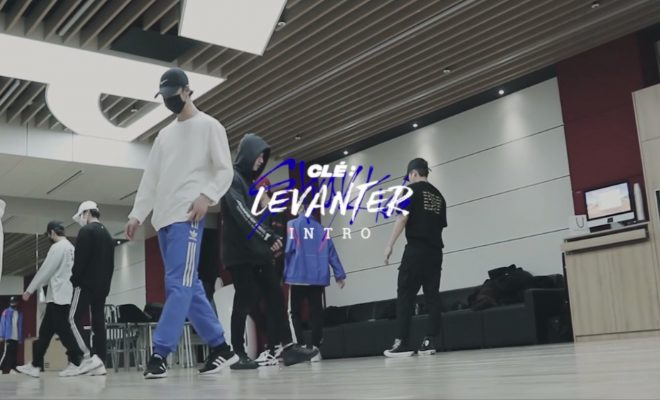 Tough was an understatement as to how the preparations done by Stray Kids for their new mini-album Clé: LEVANTER went like.

On an intro video giving fans glimpses of their preparations for their upcoming mini-album, Stray Kids gave an honest talk about the process and meanings behind some of their new songs – as well as their thoughts on the big change that followed Woojin’s departure. 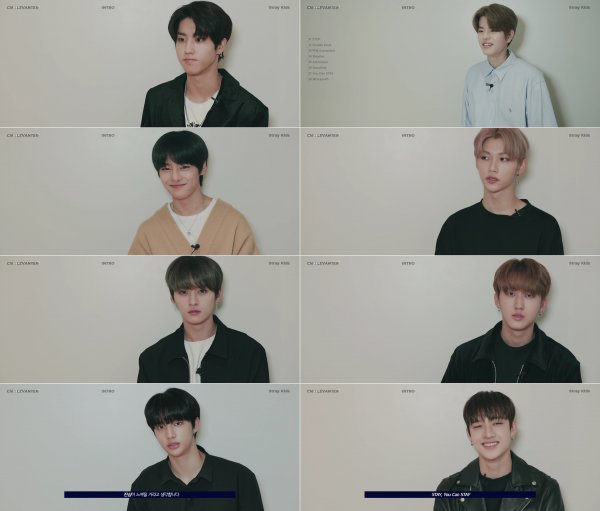 The video, which took fans behind the scenes, revealed Stray Kids’ deep affection for their work in Clé: LEVANTER, which reflects their hard work and passion. Leader Bang Chan said, “The wind is blowing. I have to live,” inspired by the mini-album’s lead track.

Titled “Levanter”, the song features eight earnest hearts and includes the colours of the group – with their trademark elements that are easily heard by the public at the same time. Moreover, Bang Chan describes the track’s choreography as “it’s more like a movie made through the eight of us as Stray Kids”.

“It took us a long time to make the choreography because we were trying to tell the story for each part,” Lee Know also said.

“If “Side Effects” was like fire, “Levanter” is like water. I tried it but the fire and water didn’t work that well together. That’s why I practiced a lot but I still think it’s the hardest choreography we’ve done until now,” Felix also shared.

Besides “Levanter”, the group also shared their thoughts on some songs that piqued the interest of fans with the unveiling of the mini-album’s tracklist recently.

“I like the song “Sunshine”. When I first heard the guide version, I already liked it a lot, and it was also made in only 2 days by Han-ie!” Lee Know said, referring to the group’s rapper and 3RACHA member Han.

“3RACHA had an extra week in Los Angeles and the scenery and sky were beautiful, so I wrote “Sunshine” during the free time we had there. Getting rest is something that I’ve really wanted to do sometimes but doing that makes me feel like I’ll fall behind everybody else and I’d be the only one not becoming better, which is why I really find it difficult to do that,” Han confessed about the process of making the song.

“If you look at the lyrics, you’ll see that it talks about an ideal type of rest – and not the kind that actually happens in reality. On days where we don’t have any schedules, I could just choose to rest but because I get so anxious and uneasy, I end up composing songs. So, this is for people who are unable to take a rest because they’ve always been busy and would feel empty inside if they do have a break. I hope that while listening to this song, even for its short duration of three minutes, they would be able to relax and take a break,” the multi-talented idol added. 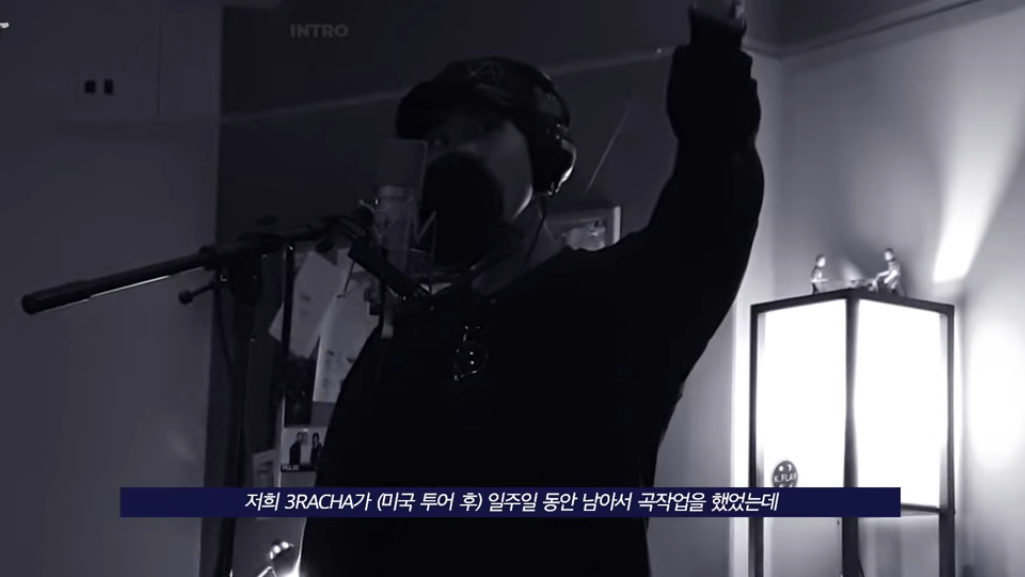 Meanwhile, the group’s two youngest members talked about another song that caught the curiosity of fans, which the members confess to loving as well.

“I really like “You Can Stay” and I think it’s a song that can express the emotions that we want to give to our Stays as presents well,” Seungmin said.

“I teared up when I heard the lyrics. It’s a song that really gave me comfort and a lot of strength. While I was recording, my heart felt warm and I was just excited thinking about having Stays hear it. I really want Stays to hear it soon. You can stay,” I.N also shared.

Another topic that the eight remaining members of Stray Kids addressed was their honest thoughts on Woojin’s departure.

“To be honest, it was really hard and my heart definitely feels really sorry. Our Stays must be feeling disappointed at me because I couldn’t fulfill my promise,” Bang Chan said.

“We were just working hard for our goals without looking back. Then it felt like someone slammed on the brakes, so it was hard for all the members. We always stayed up all night practicing and our music video shoot got pushed back. I got a lot of messages about Stay who were really worried about us,” Hyunjin added.

“It hurt to know that Stays were having a hard time but they were worried about us,” I.N also admitted.

Meanwhile, Changbin pointed out how he thought that the remaining vocalists Seungmin and I.N would have felt the weight of Woojin’s departure the most.

“I do think that the members who are vocalists will feel burdened. However, unlike my worries – maybe it was because they felt like they had to do better, I think they were able to show an improved side of them. I think that they are very, very, very admirable,” the rapper admitted his concern for the two, who are also the youngest in the group.

“It does feel like a lot of pressure, but it’s also like a push to make me want to work harder,” Seungmin confessed, while I.N said, “I feel a bit more responsible for what I do and going forward, I only want to show the good sides of me as a vocalist”. 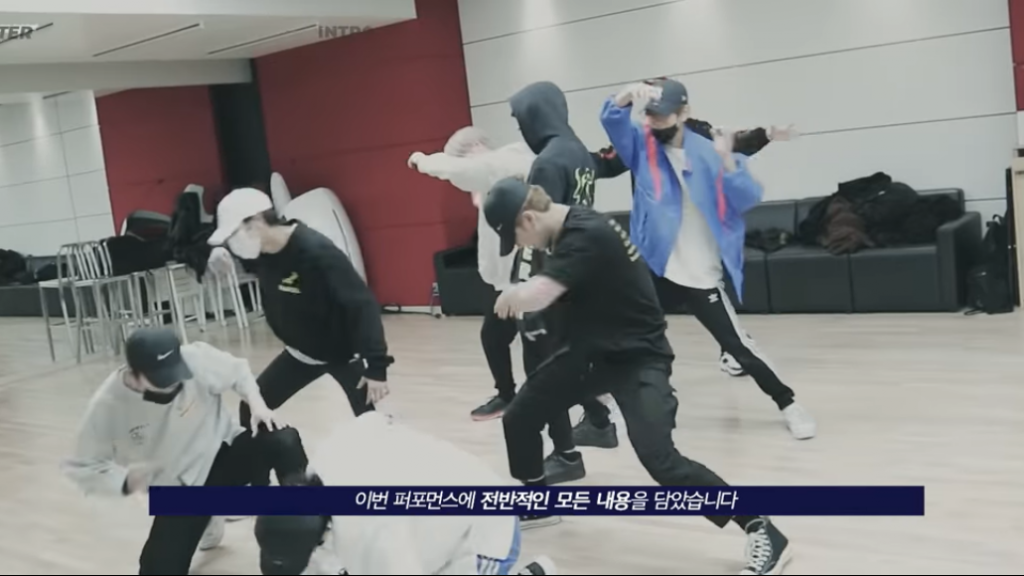 Lastly, the members expressed their heartfelt feelings towards their fans in addition to sharing their ambitious aspirations in making the album.

“No matter how cold the rain is, no matter if the rain hits every part of my whole body, even in that situation, I think the person who grabs my hand is Stay,” Chan sweetly said.

Meanwhile, Seungmin commented that he found their loving fans as what keeps them going despite tough times. “I think this is what you call a driving force. I really think that there’s nothing I can’t do if it’s for Stays. No matter what it takes, I will succeed because I want stays to feel proud about being our fans,” he said.

Watch the full intro video for Clé: LEVANTER below:

We need your support! If you have enjoyed our work, consider to support us with a one-time or recurring donation from as low as US$5 to keep our site going! Donate securely below via Stripe, Paypal, Apple Pay or Google Wallet.
FacebookTwitter
SubscribeGoogleWhatsappPinterestDiggRedditStumbleuponVkWeiboPocketTumblrMailMeneameOdnoklassniki
Related ItemsClé: LevanterLevanterStray Kids스트레이키즈
← Previous Story Jang Sung Gyu To Experience Life As Manager Of EXO For His YouTube Series “WorkMan”
Next Story → Kang Daniel To Take On Special MC Role On KBS’ “Convenience Store Restaurant”