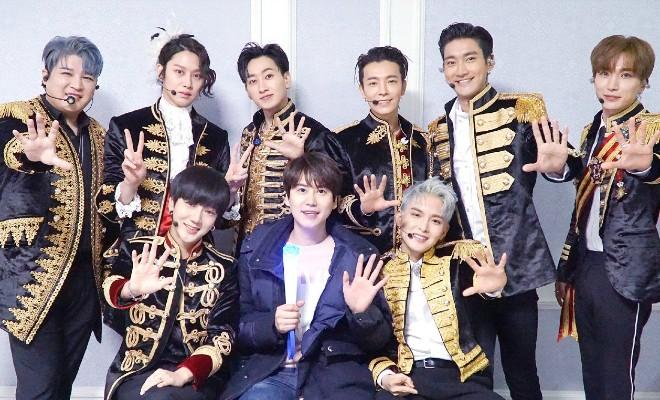 The exhibition hall has Super Junior’s history with their albums, unit activities, stage costumes, and award trophies displayed. Looking back to Super Junior’s 15 years, they comfortably traveled back in time as they remember their journey and achievements as Hallyu Kings.

Consecutively, the members reminisced several firsts including the first Korean single to be included on the top 10 on Japan’s Oricon Weekly Chart with the song “U.”

Finally, the highlight of the exhibition was the space decorated with blue hydrangeas. These beautiful flowers in symbolic color Pearl Sapphire Blue represents their fan club E.L.F. 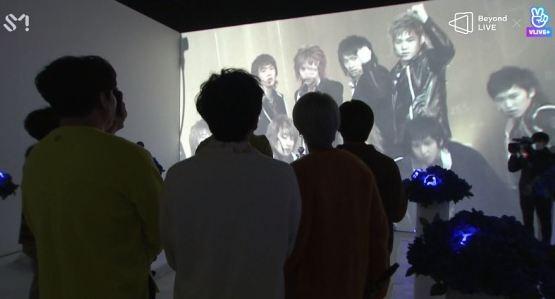 Emotions surged over as a short video clip of all Super Junior’s activities, including debut, music broadcasts, and world tours were played which made the members suppress their tears.

Super Junior also had a meaningful and fun time with fans as they move forward to the game segment. The members had a pleasant moment with talks and quizzes with questions related to Super Junior’s 15-year history.

Moving forward to the second part of the show, Super Junior showcased unending charms as they perform 12 songs live.

The performance stages started with “Miracle” and gently followed by the first single title track “U.”

Hyping the fans, Super Junior performed their biggest hit song “Sorry, Sorry,” and the song that represents their manliness, “Bonamana.” 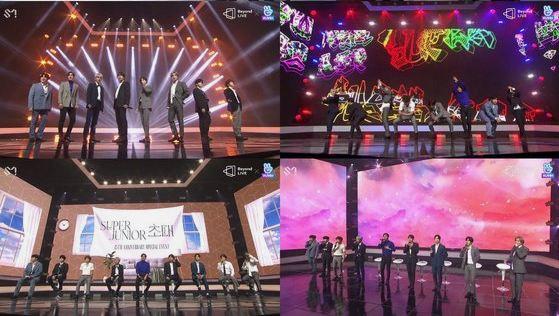 The members had no time to rest as they continued the show with “Mr. Simple,” proving that they still got the move and groove. Eunhyuk’s dance break was definitely the highlight, amazingly showcasing the reason why he is the “dancing machine.” 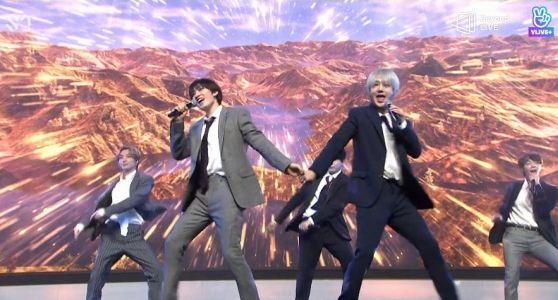 Aside from their iconic song choruses and choreographies, Super Junior also has lots of ballad songs that many loved. During their fan song “From U,” leader Leeteuk says his intro “This song is dedicated to the world’s biggest fan club. The ELF.”

Super Junior also sang their songs “Evanesce,” and “This Is Love” which was from their seventh studio album. Groovily continuing with “Devil,” Super Junior members added some fun at the freestyle dance part as Leeteuk goofily crawled on the floor. 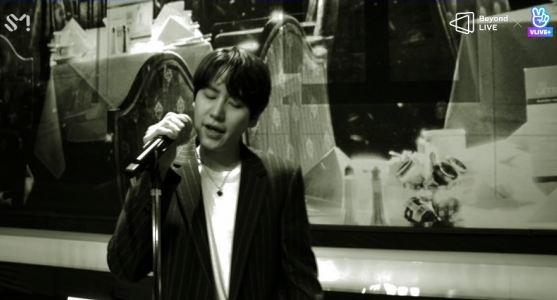 Followed by ELF’s most favorite song “One More Chance” written and composed by Donghae, members sing emotionally as they sincerely look at the camera. Consecutively, Super Junior asked fans to clap along as they perform “Super Clap” from their ninth studio album Time Slip.

The members then proceeded to a short break while a special video behind the scenes was played. Coming back seated comfortably, Heechul also joins them as they sing “The Melody.”

“Let’s have a Super Show in heaven!”

After finishing the last stage, members expressed their gratitude to fans for celebrating their 15th anniversary with them. Looking back to the memories, members mentioned that every moment was precious because Super Junior and ELFs are together. Leeteuk then jokingly repeated his wish to have a Super Show in heaven to which the members humorously ignored. Members had their time to thank fans one by one before officially ending the online fan meeting. 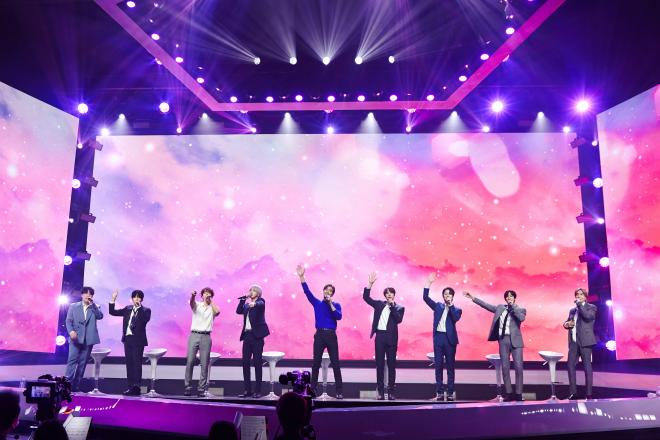 Meanwhile, Super Junior is set to release its 10th full-length album in December.