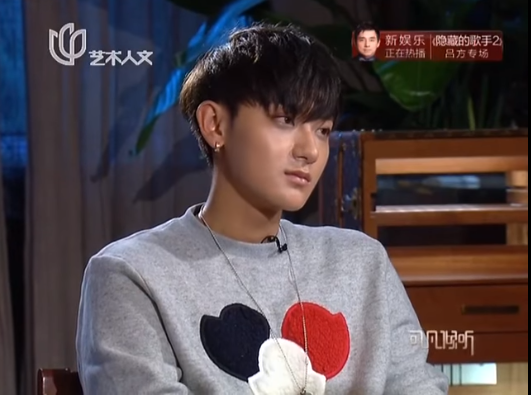 Tao Talks About Hardship Under SM Entertainment; Refuses To Answer Question About Kris

He was hurt, badly.

On September 24, former EXO member Tao appeared as the youngest guest on a Chinese talk show Ke Fan Qin Ting to talk about his current path, as well as his former agency SM Entertainment.

Tao was asked when he was injured the most by the host, “At that time, you all were very pressured due to concerts and activities. I heard you got injured a lot. Under what circumstance did you get injured? When were you injured the most?”

It was the time that made me leave the company. My leg was fractured and had ligament sprain, and a piece of the bone was also displaced because of a basketball program when I accidentally landed on someone’s foot. But at that time, there were only two Chinese on the court, me and Jackson (GOT7). I felt like I had to persist till the end and also because my fans came. So I thought I could persist. Who knows at the end, I sprained myself again. As a result, I could not get up. I could not walk at that moment and had no feeling. The pain started to grow more after I went to the hospital, and could not move.

Tao further said he was put on orthopedic cast, and was advised not to participate in any activity, or to do anything but just to rest. However, he was forced to carry on with activities, and they did not care about what the doctor said.

They felt like if you did not participate in the event, there would be an influence to the group, and wanted me to go badly.

However, Tao said the reason he left was not because he could not take it anymore, but it was because he heard something – an inside story.

The host continued to ask how he managed to overcome that. Tao replied that he had to use a crutch and to keep his foot from touching the floor.

Every time he told me if I did not attend the event, I will affect the team. I could sacrifice for the team, but I have my own limit to a certain extent too. You could not let me be like that every time. I will get hurt too, I am also a human. I need to rest when I am injured.

When Tao was asked how he thought about the Chinese members, he refused to talk about Kris. He mentioned Luhan, who is the eldest among the four and the most mature one. When the host asked him “what about Wu Yi Fan(Kris)?” He stopped short for nearly 20 seconds, and did not want to answer the question.

I really don’t want to talk about that topic anymore, the problem has been talked about many times. I don’t want to say anymore, it has no meaning. It is not important anymore. It is the past. There is a personal reason for everyone who leaves, when I walked their steps, I only realized why they want to leave, and what hardship they were having. I could not understand when they wanted to leave. This is real, to be frank. I was not really understanding why they wanted to leave when we were in a group. But when I finally know it – at the moment when I decided to leave, I was able to realize, and understand. So what I said before (SNS post directed to Kris), I felt it was really impetuous. But I am not regretful of what I said.

213
SHARES
FacebookTwitter
SubscribeGoogleWhatsappPinterestDiggRedditStumbleuponVkWeiboPocketTumblrMailMeneameOdnoklassniki
Related ItemsEXOKrisTao
← Previous Story Son Ho Jun Talks About His Role In ‘Breeze Of Love’ And Working With Lim Ji Yeon
Next Story → Kim So Hyun Talks About ‘Bring It On, Ghost’; Transition From Child Actress