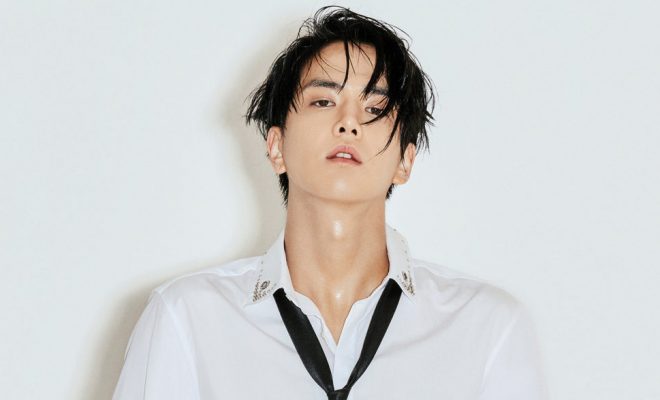 Although most noted by others for his prince-like visuals, the royally beautiful heart of The Boyz’ Younghoon is actually what fans love the most about him.

The Boyz’ Younghoon showed that he is utterly beautiful inside and out as he struck a pose and shared his kind and pure thoughts in the November issue of GQ Korea! 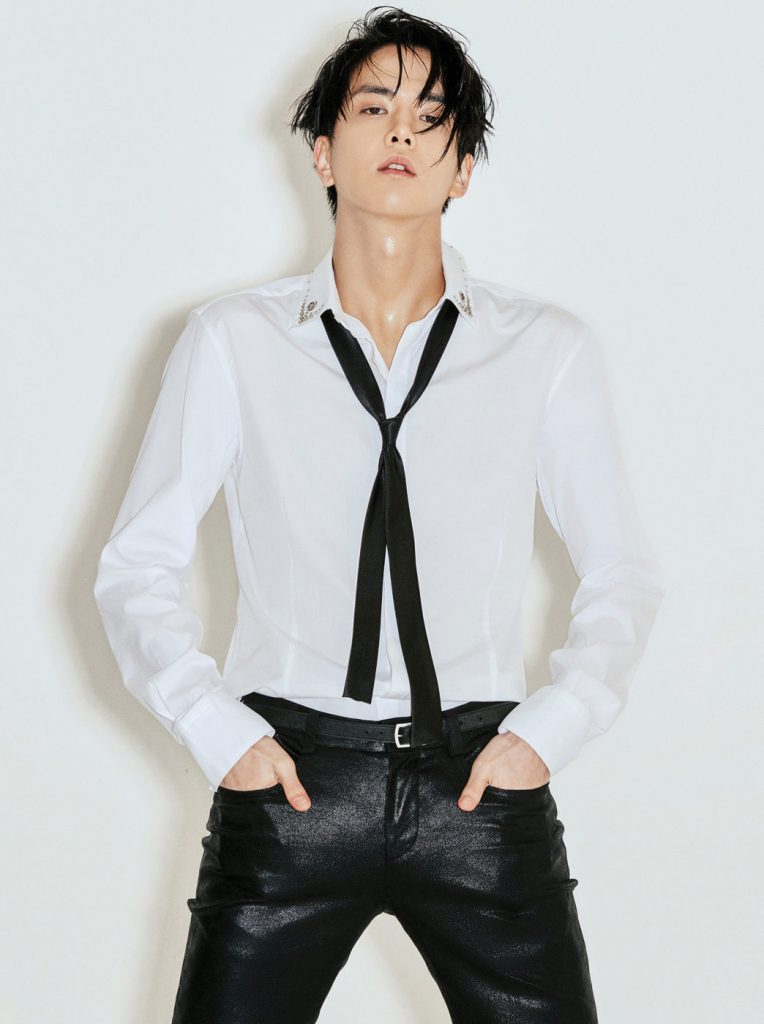 Going on his own, the young idol takes the center spotlight to showcase his ever-blooming charms as he featured in GQ Korea’s photoshoot series with the Fabulous Four – aka male idols MONSTA X’s Hyungwon, PENTAGON’s Wooseok, SF9’s Hwiyoung, and The Boyz’s Younghoon who are all known for their outstanding visuals as well.

At the start of his interview, the staff noted that the singer had greeted everyone with a “please take good care of me” in the brightest way possible. “It’s a habit that I had been doing with my groupmates since we were trainees. We say, “Hello, we’re The Boyz, please take good care of us for today’s filming!” It was always nice to start our activities brightly,” Younghoon shared.

The photoshoot with GQ Korea actually marks his first on his own – and it’s quite a shocker thanks to how natural and effortless he looked like as he posed for the cameras.

“It’s my first time to do it alone without the members. It was fun to show off my ability the most, especially the hairstyle and outfits that I didn’t get to show much before, so I really enjoyed it,” he shared his thoughts about this special first time.

When asked about whether he knows that he is handsome, Younghoon shyly answered, “No, no… it’s an excessive compliment for me.” However, he agreed with “a bit” afterwards when prodded again, which led to him being asked once more about why he seemed so modest when it comes to admitting his good looks.

“On one program, I was trying to fit into character so I said, “well, I’m handsome”. But then, people really thought that I had the “prince disease” when really, I was just trying to make it fun,” he confessed – shining light on a reason that probably breaks fans’ hearts as they think of how nice and humble Younghoon actually is.

He also talked about the story behind his nickname “bread prince” while pointing out that it was actually “bread hoon”. “I was eating bread at the convenience store when I was cast,” he briefly explained.

With all his humility regarding his “prince” branding, Younghoon was also asked about which qualities of his does he think is fitting with the “prince” image.

“Always greeting people properly when I meet them, being polite, listening to what other people say – those are some things that are common [manners], but I always make sure to stick to it,” he said. 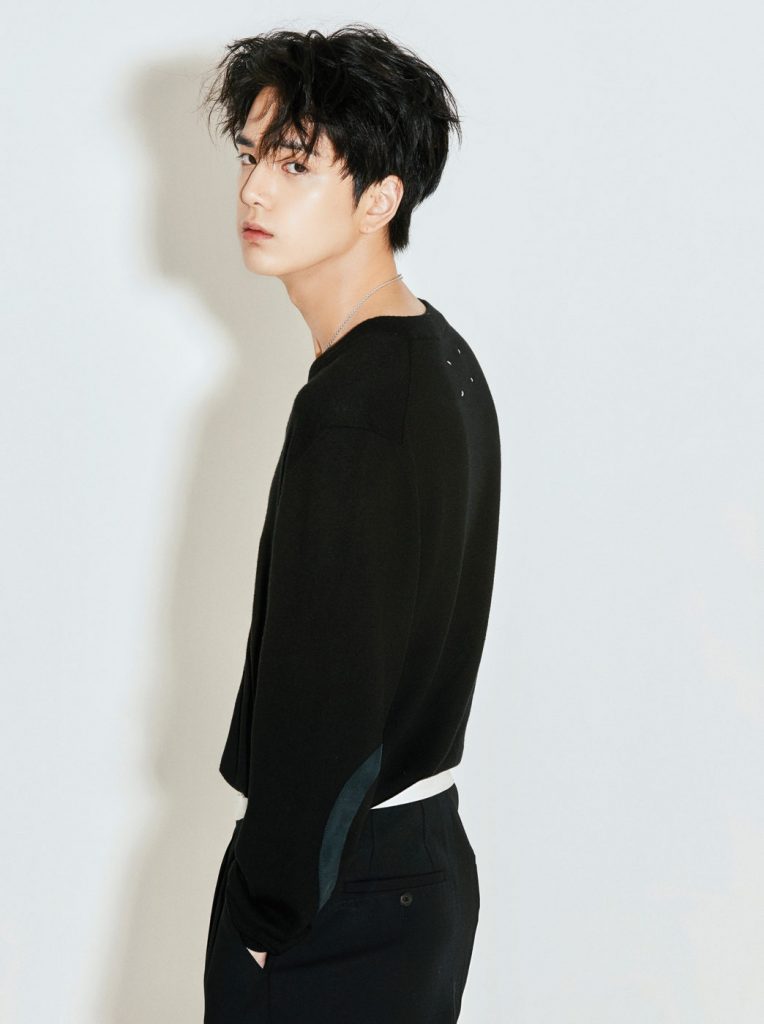 A closer look at the true Younghoon

GQ Korea also noted that Younghoon was actually shy – although most guys with faces as handsome as his would usually lean towards having a lot of confidence.

“My personality is not like that. Although I want to be close to someone, I can’t seem to start conversations, and it’s even more difficult when it comes to girls. Even though I went to a co-ed school, I don’t really have any female friends,” he shared.

“When I was a kid, I thought a lot that if I do something, people will act based on how I act too. This is why I think about what others’ words and behaviour will be. Like, people will think I’m not in a good mood if I’m expressionless. That’s why, ever since, I tell myself to smile a lot and start the day with a smile,” he confessed.

“Because of the people I idolize, I felt better and happy when I had hard times. I want to be that to someone else,” Younghoon shared as well, noting what kind of person he wants to be for his fans by basing off on his experiences as a fan of other artists too himself. “When I’m on stage and get support from our fans, my worries disappear,” he said.

“I don’t think I’m cute,” he also noted  “I like to cling, be mischievous, and play pranks on my groupmates, but I can’t act cute when asked to,” the singer further explained. It then led to the next question regarding something that fans found adorable about him – which is the “myth” that he cries a lot.

“It’s not like I cry so many times!” he exclaimed defensively. “I don’t cry that often, but there are several moments that make me burst into tears – but those are just sometimes. The most recent one was when The Boyz won first place, and during our debut showcase, when we were supposed to meet our parents but mine didn’t seem to be coming so when I saw them from afar, I cried,” the singer, who’s the youngest in his family, sweetly shared. 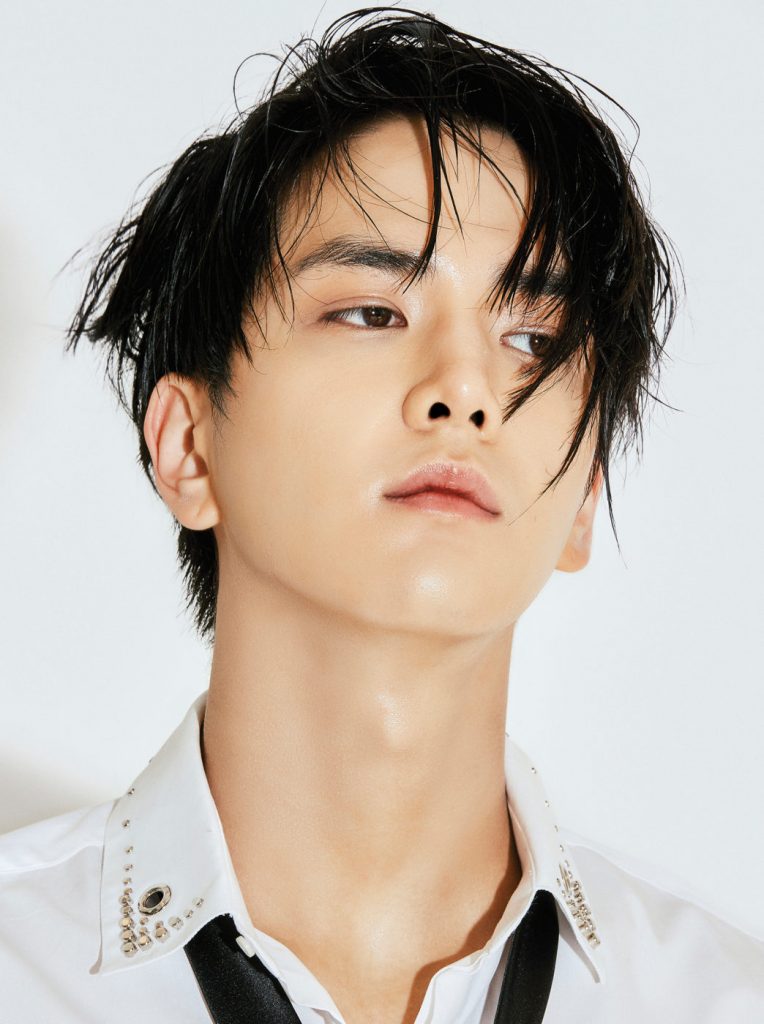 Little things that make him happy

“Although I feel very happy when I’m with my groupmates, sometimes I think I also need time to myself. I’m actually the type who follows others and that’s why when I’m alone, I just do things that I really want to do so it still feels comfortable,” he said, adding that among the things he likes doing alone is eating. “I don’t feel ashamed when I eat alone, so I can eat alone anywhere,” he added with a laugh.

Sharing what he does when he can’t sleep, the idol made a quick confession that most of his colleagues from the industry would be impressed about. “I usually decide against sleeping. When there’s a day filled with schedules and we get a short break time for it, then I do nothing but sleep – but if I think that it would be a waste if I slept, I will go online shopping or watch things on YouTube instead,” he said, noting that he likes watching DIY videos.

“I like the thrill of going, “will that work?” Not too long ago, I watched someone copy the cart from the game “Cart Rider” and it was amazing,” the young idol also shared.

“I’m still immature,” he confessed. “I still want others to think I’m a cool person, and sometimes, I miss my parents too. I still have a long way to go until I can say I’ve grown up,” the singer also noted, letting others see him as still the young boy that he is.

However, the hint of his maturity also showed as he described what “being cool” means to him, which he equates to being happy with himself. As for what he wants to do by himself at the moment, he shared, “I’d like to ride my bike and go as far as I can. I want to go wherever I want to go at that moment without having any worries.”

READ: The Boyz Prepares To Leave Their Mark With Japanese Debut Mini-Album “Tattoo”