The Meaning Behind The South Korean Flag Is Actually Amazing

The South Korean flag is beautiful. The white spaces combined with the blue, red and black colour scheme makes its simplicity stand out.

However, the symbolism behind the flag itself is another reason why South Korea’s flag is even more amazing. 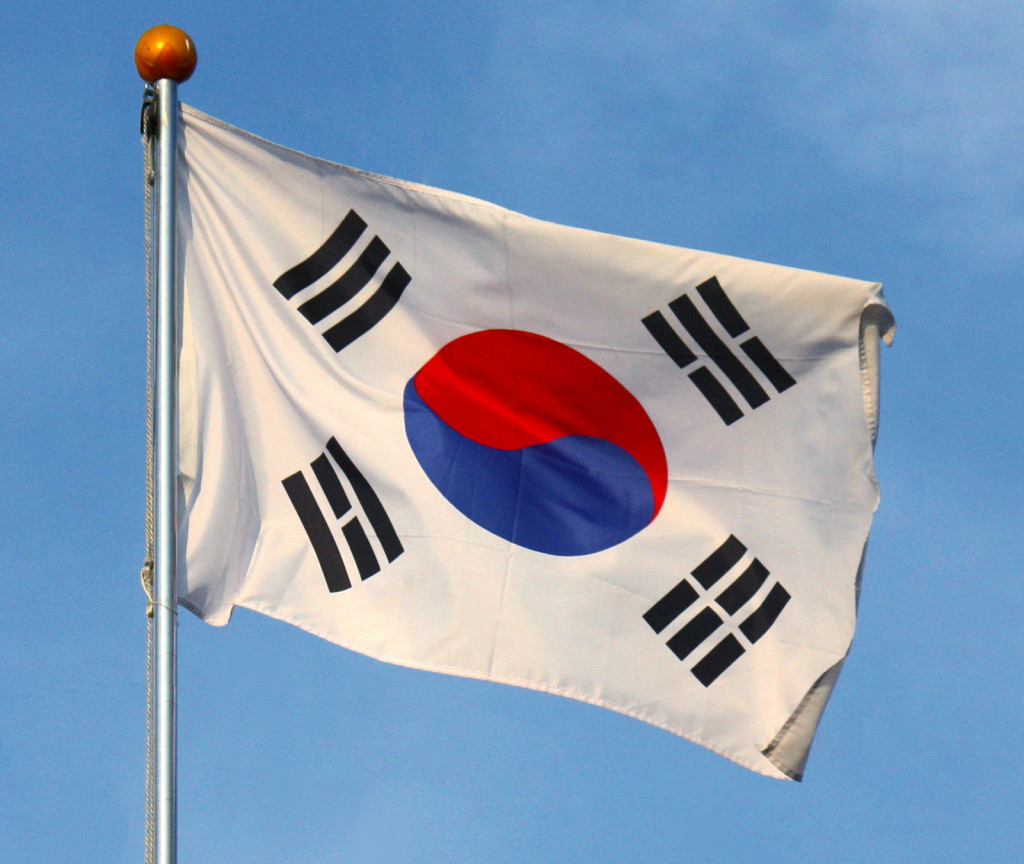 Here is an explanation about the flag from Korea4Expats:

The flag consists of three parts: the white background, the red and blue circle in the center and four trigrams, one in each corner of the flag.

The white background of the flag means peace.  The red and blue circle in the center is called ‘Taeguk’, the origin of all things in the universe. The central thought is perfect harmony and balance: A continuous movement within the sphere of infinity, resulting in one unit. The blue part of ‘Taeguk’ is called ‘Eum’ or in Chinese, Yin, and represents all negative aspects of the balance while the red part is called ‘Yang’ and describes all the positive apects. The circle itself represents unity – bringing together the negative and the positive, while the Yin and Yang represent the duality. Examples of duality are heaven and hell, fire and water, life and death, good and evil, or night and day

The four trigrams at the corners (called ‘Kwe’ in Korean) also represent the concept of opposites and balance. The trigrams are heaven (upper-left) and at the other corner earth, water (upper-right) and at the other corner fire. Looking at symbols of the trigrams, you can see that they are opposites as well. Three unbroken bars (heaven) vs. three broken bars (earth), etc.

Symbolic of the nation is the white background (the land), the circle (people), and the four trigrams (the government). All three make up the essential elements of the nation.

If the explanation is a bit confusing, here’s a great diagram that summarises it all: 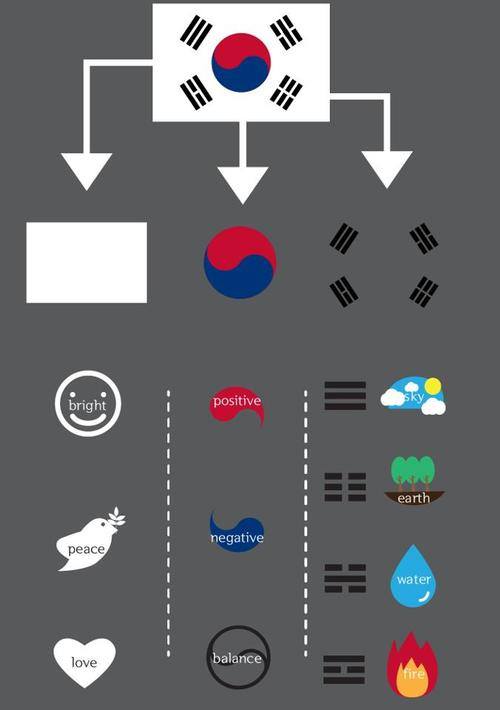 Hellokpop, as an independent Korean entertainment news website (without influence from any agency or corporation), we need your support! If you have enjoyed our work, consider to support us with a one-time or recurring donation from as low as US$5 to keep our site going! Donate securely below via Stripe, Paypal, Apple Pay or Google Wallet.
4.4k
SHARES
FacebookTwitter
SubscribeGoogleWhatsappPinterestDiggRedditStumbleuponVkWeiboPocketTumblrMailMeneameOdnoklassniki
Related ItemsKOREA
← Previous Story Korean Guy Gives Himself An Amazing Makeover
Next Story → Quiz: What Kind of Korean Pop Culture Fan Are You?