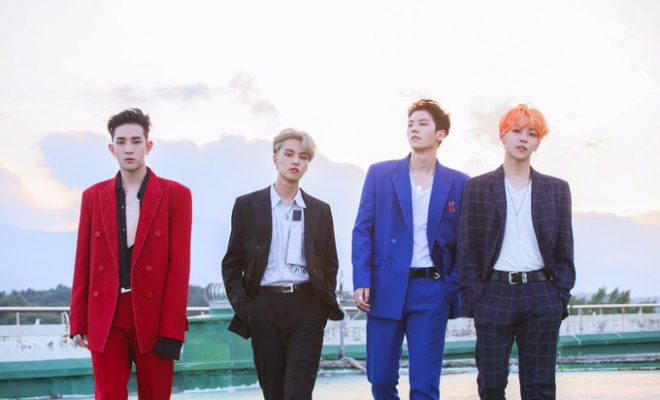 The Rose: A Look Back In Their Beginning & Songs That Paved Their Way To Mainstream Music

Not your usual K-pop group, The Rose is an underrated pop band you surely got to hear!

Nowadays, the K-pop scene is slowly welcoming live band groups deviating to the boy or girl groups we commonly know. Having that said, the group called, The Rose has been winning the hearts of K-music enthusiasts worldwide. 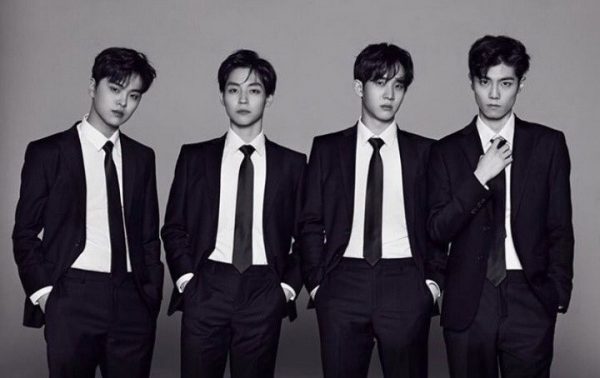 Still not familiar with who they are? Read on as we tell you why these exceptional music artists should be on your playlist and deserve your love to see them live on stage.

Read : The Rose To Serenade Filipino Fans With “WE ROSE YOU LIVE In Manila”

Before they officially debuted, Kim Woo Sung, Park Do Joon, Lee Ha Joon, and Lee Jae Hyeong have already been dominating the indie-music scene busking in the streets of Hongdae and posting their musical covers on YouTube.

Do Joon, Jae Hyeong and Ha Joon were previously known as a trio with the band name Windfall until Woo Sung joined them and finally became the band – The Rose.

For those who are aware of the busking culture in Korea, especially in places like Hongdae, maybe you have seen these guys perform during one of your visits. Here’s a glimpse of their busking days.

In 2016, the band signed up with their label J&Star Company. A year later, they debuted with their single “Sorry”.

Thanks to the band’s impressive vocals and the song’s catchy yet heart-wrenching lyrics, The Rose had gained popularity only a month after their debut. What’s next? The group made subsequent comebacks thereafter. Let us run you through The Rose’s other works and get to know them better.

Not long after the quartet melted the hearts of their listeners with their debut song, they came back with another emotionally compelling track, “Like We Used To“.

Also, the group’s debut track “I’m Sorry” made it to the Best Korean Pop Songs Of 2017 by Billboard.  Aside from ranking #14 on the US World Chart, the song also achieved 3 million views on YouTube.

In 2018, they made another milestone as Billboard listed them as one of the Top 5 Korean Breakout Artists To Watch in that year. Moreover, the band gets on their first World Tour performing in Europe, North and South America.

This year, they again made another successful comeback with “Red”. With a massive response from their supporters, the song landed on the seventh spot in Billboard’s US Charts.

Currently, they are embarking on their second world tour titled, We Rose You Live. They continue to serenade their fans with their beautiful music. 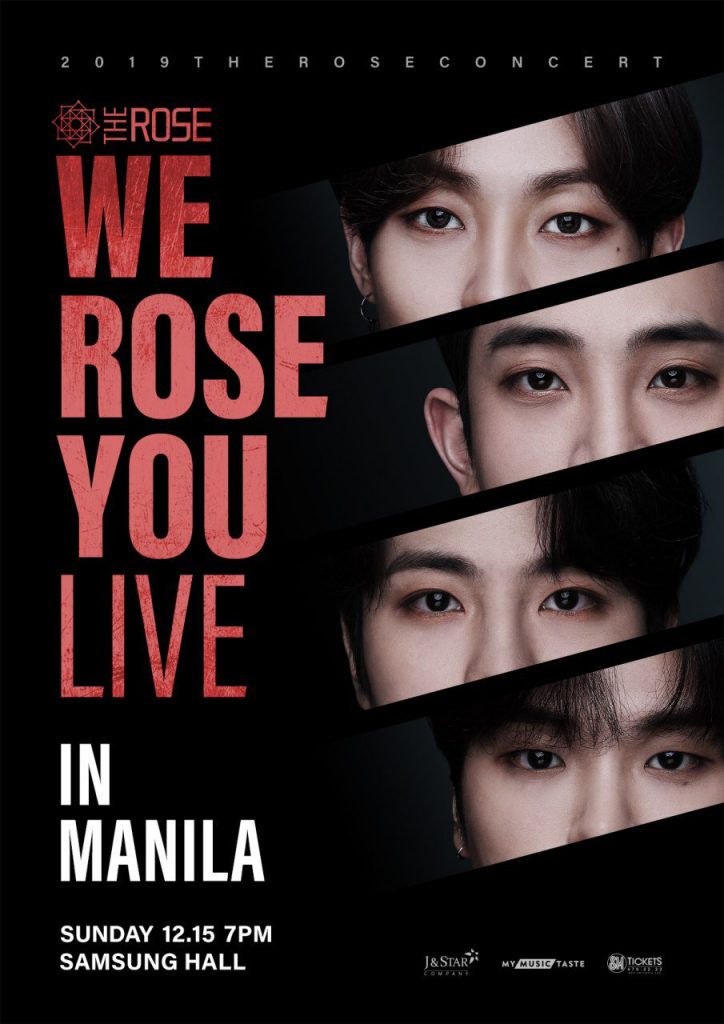 The Rose is scheduled to perform and meet its Philippine Black Roses on December 15 at Samsung Hall in Manila.

WE ROSE YOU LIVE in Manila is presented by J&Star Company, My Music Taste, and SM Tickets.