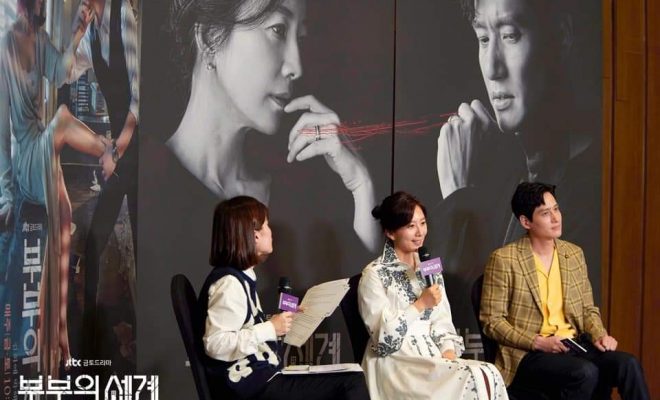 The leading cast of popular drama, The World of the Married talks about the drama’s success and what to expect in the future episodes.

The World of the Married is currently the most talked about K-Drama.

On April 24, jTBC aired a press conference for the drama The World of the Married. Main leads of the drama, Kim Hee Ae and Park Hae Joon attended the event. 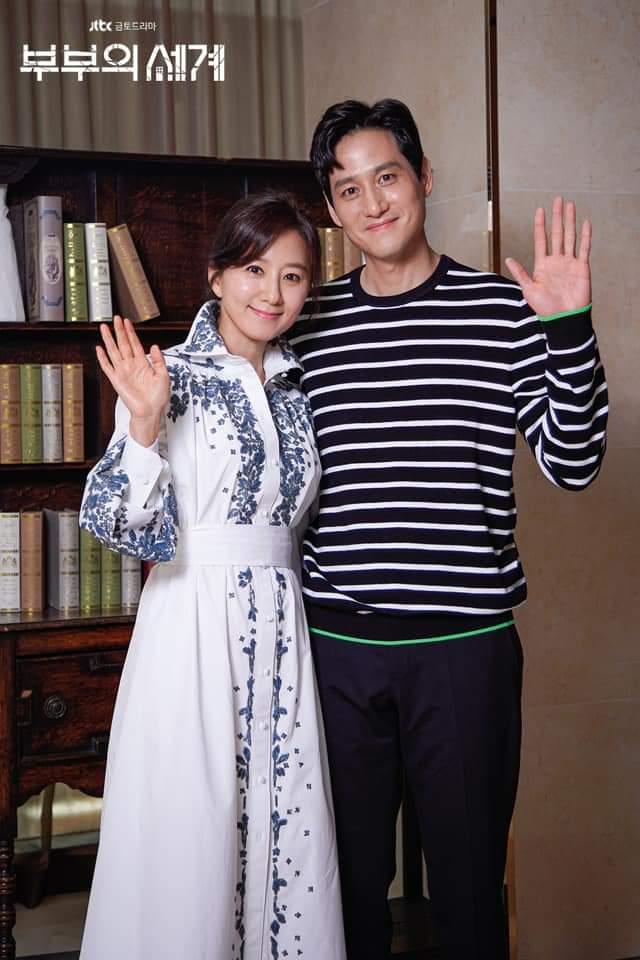 The World of the Married tells the story of a couple whose world falls into a whirlpool after the secret of betrayal gets out in the open. Up to now, the drama has been attaining higher viewership ratings each day, and recently surpassed 20% ratings according to Nielsen Korea.

In addition to that, the drama was ranked first in most talked about and most searched television program for four consecutive weeks.

About the drama’s popularity

When asked about the drama’s popularity, Kim Hee Ae said, “It’s incredible. I want to know the secret too.” 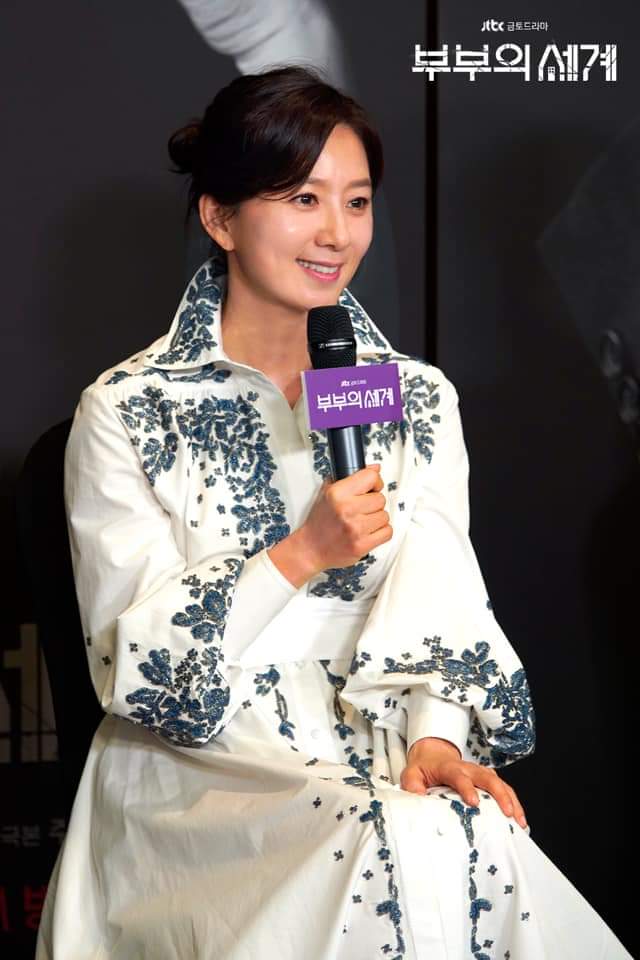 She added, “I think it’s difficult to pick one thing. So many things seem to have fallen perfectly without our knowledge. From the original work; to what the script writer, Joo Hyun Joo wrote; and to director, Mo Wan Il’s charismatic leadership each staff member created a perfect environment for acting. This seems to me are the reasons why results were good.”

Next, Park Hae Joon said, “We are still in the middle of the drama, but I’m curious as to what story will come next. A lot of people like it and there were congratulatory phone calls here and there. I didn’t know too many people would be interested in the drama so I’m so grateful and thankful.” 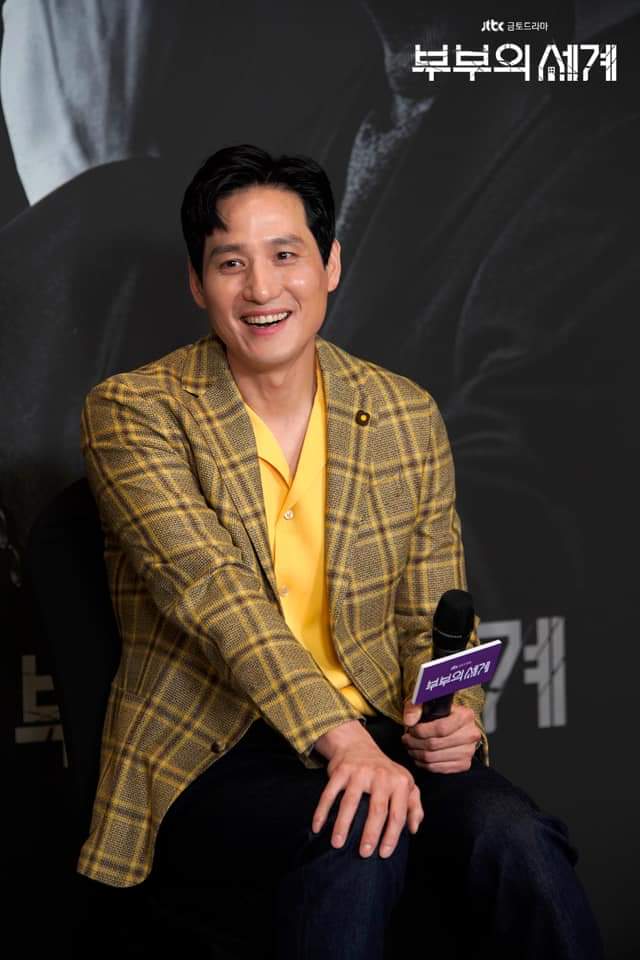 Thoughts on the characters

All the actors from the drama have left a strong impact through their characters. In particular, Kim Hee Ae showed a fierce acting as she expresses a wide range of expressions through her character, Ji Sun Woo. Speaking about her character, Kim Hee Ae said, “I think Ji Sun Woo’s charms does not sway even when she is in trouble.”

Along with the popularity of Kim Hee Ae, her previous works, My Man’s Woman and Secret Affair are also becoming hot topics. In this regard, she said, “I can’t remember it because it was a long time ago, but My Man’s Woman was a very unprecedented work at that time. It was the opposite of the present but was immersively filmed.” 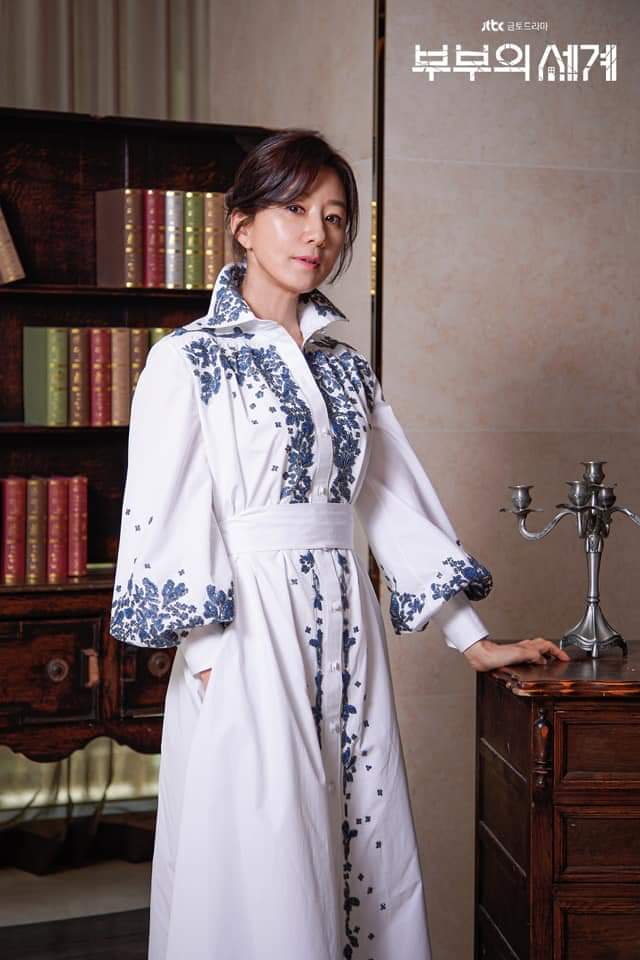 Park Hae Joon said, “I didn’t look at the comments because I thought I will shake a lot after the first broadcast. I saw a lot of comments when I was working on it before, but I thought it would be better not to see it this time. If I see any comments then I close my eyes and try to forget quickly and do 50 squats. Anyway, I seem to be getting a lot of attention. I want to thank you for the overwhelming love but I also feel the burden.”

The actor also expressed the difficulty in playing the role and said, “Though, I’m in the character while playing Lee Tae Oh, but at times I start thinking, ‘This is a little too much.’ ‘Do I need to do this?’ Anyway, I am the only one who can represent and defend Lee Tae Oh. If you look at it like this, then you will think this person lives a hard life and have a little sympathy for him.” 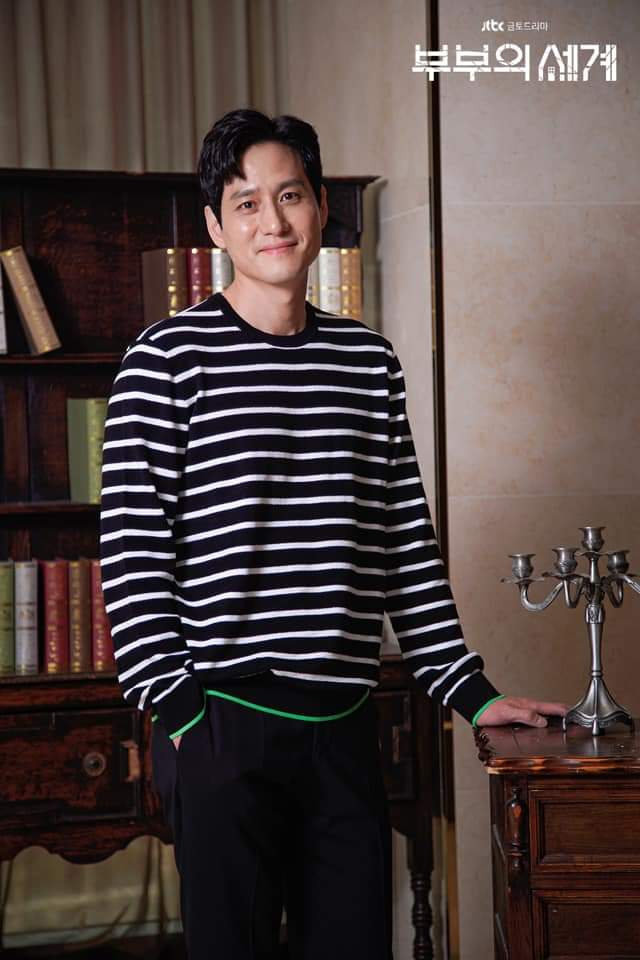 Praises for Han So Hee

In addition to these two actors, Han So Hee who plays the role of Yeo Da Kyung has been gaining a lot of attention of the viewers. Answering to a question about Han So Hee, Kim Hee Ae lauded her with praises and said, “Han So Hee is in charge of beauty in our drama. She is such a perfect and passionate actress now. I can’t even imagine what kind of actress she will become when she is of my age.”

In the previous press release, Han So Hee talked about being worried for the scene where she strikes the back of Kim Hee Ae. In response, Kim Hee Ae said, “The scene was very romantic and I enjoyed it. I think it’s precious that you were nervous. When shooting, it’s nasty, but outside the studio, it was fresh and pure at that age.”

The actress also adds, “I am intentionally putting a little distance to Park Hae Joon and Han So Hee since I’m afraid that the emotions line will be broken.” 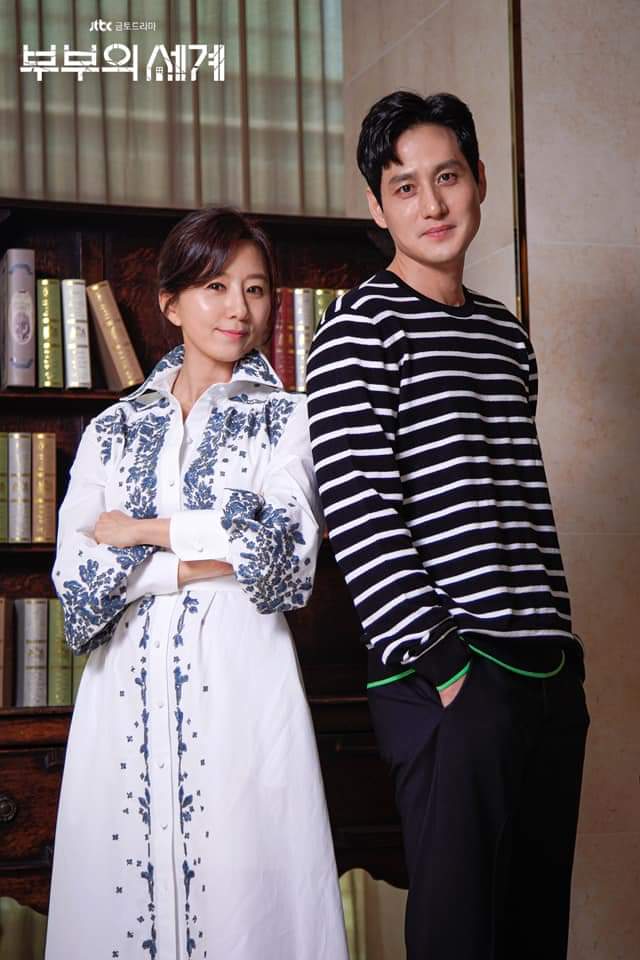 The unique charm about The World of the Married is its ability to make the viewers feel emotionally agitated. Particularly, at the end of the sixth episode when Lee Tae Oh and Yeo Da Kyung returns back to Gosan raising the stress to the extreme.

Regarding the plot twist of the sixth episode ending, Kim Hee Ae said, “I didn’t say it out loud but I knew it. I think it’s an experience that can’t be made by an actor alone. It seems that a twist like this will appear in episode 12 as well.” 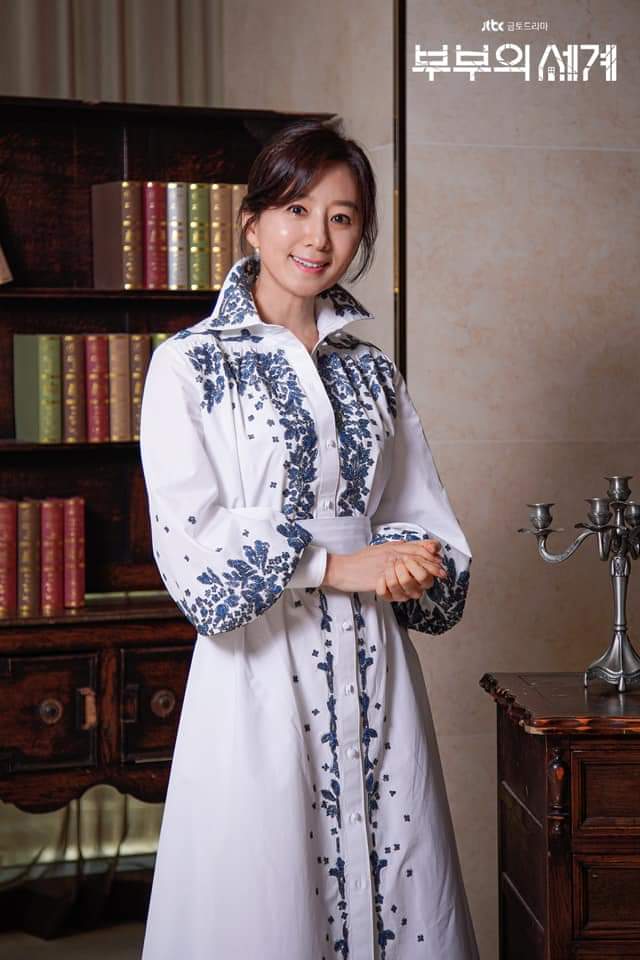 In terms of expectations and key points for the second half of the drama, both Kim and Park said that viewers should look forward to the couple’s son, Lee Joon Young. He is the catalyst who causes the upcoming conflicts further into the story.

Expectations from The World of the Married

Then Park Hae Joon said, “I didn’t know how to introduce this drama and how to talk about it. But I saw that there are a lot of couples around who are watching this drama together, having a beer and talking about each other a lot. Because of this drama, there are so many people communicating and sharing with each other on their mobile phones. I am comfortable with the thought that it’s not too bad. I’m very grateful to see it like that. I think this drama will have a good effect.” 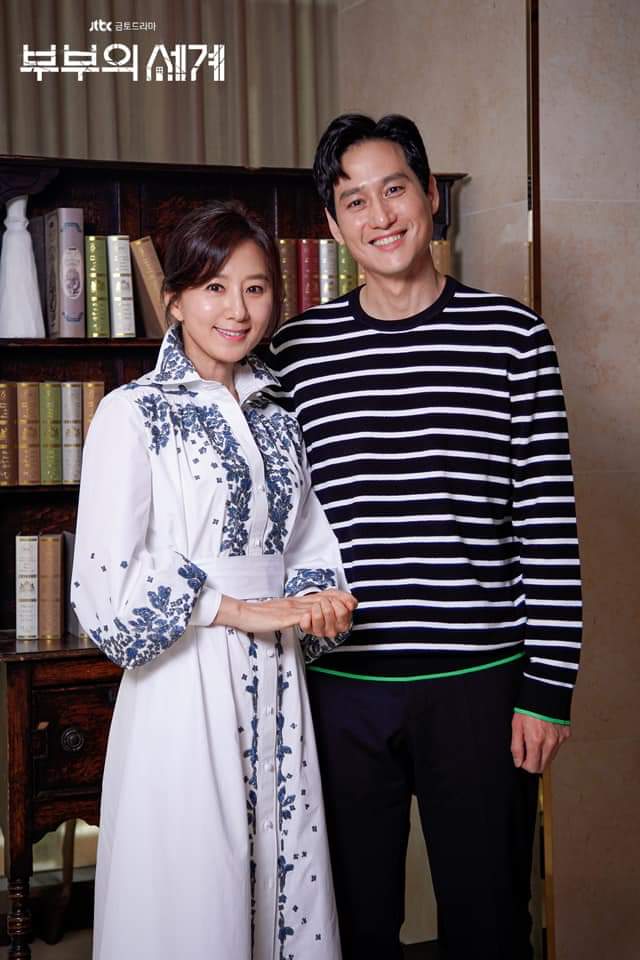 The World of the Married airs every Friday and Saturday at 10:50 pm KST.