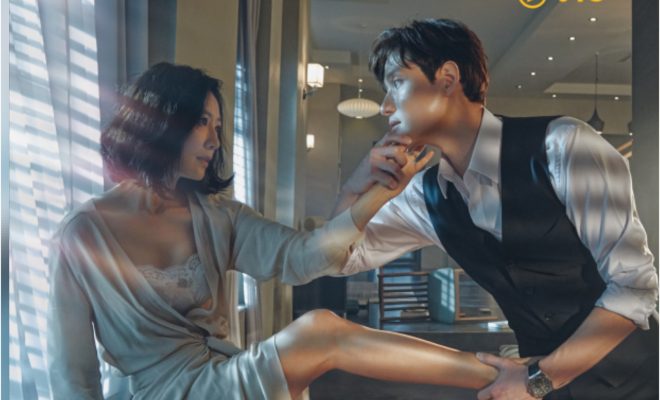 jTBC drama The World of the Married has captured audiences both domestically and internationally.

South Korea’s hit drama, The World of the Married, also referred as A World of Married Couple is currently the most watched drama series on Viu. 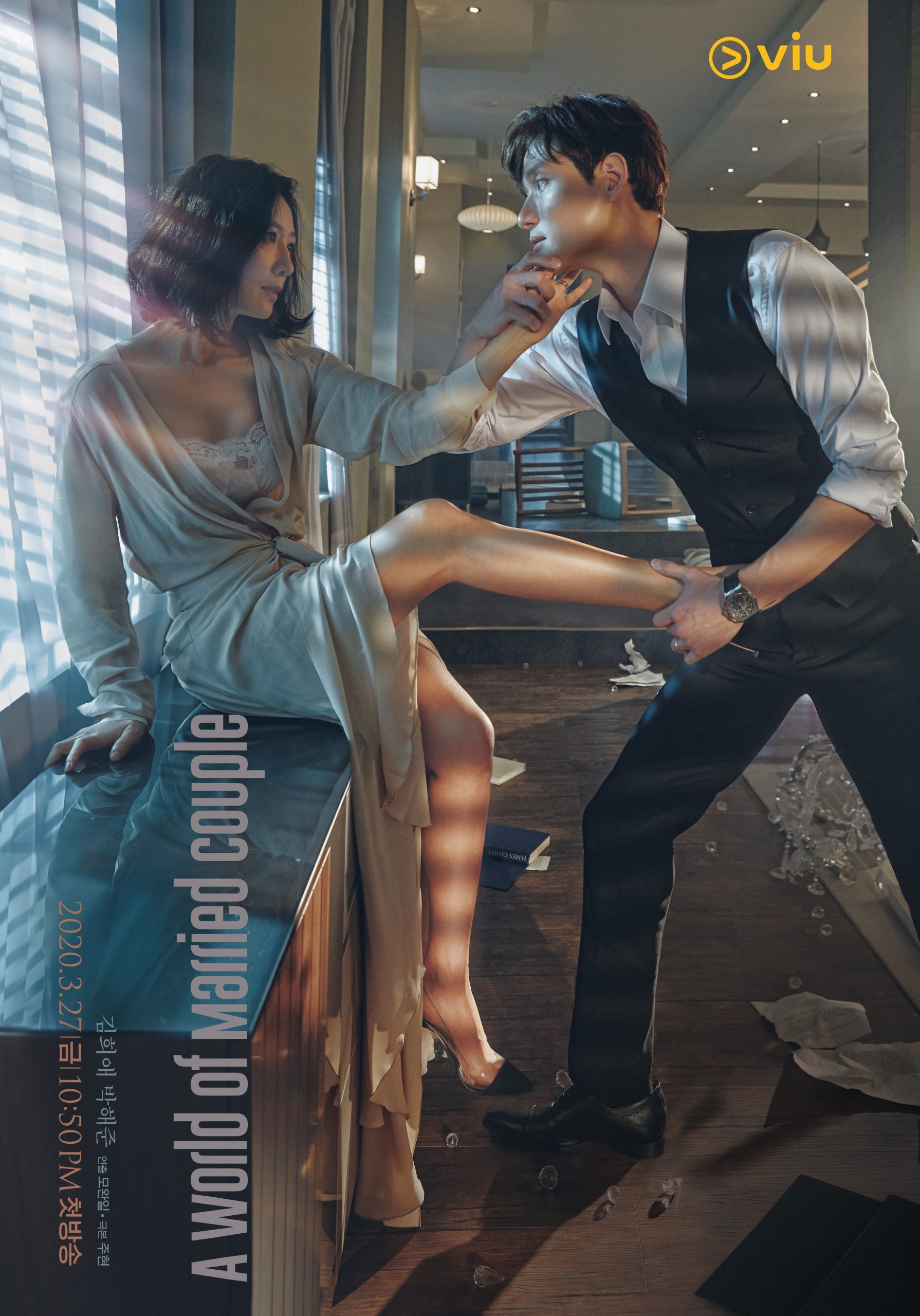 Airing first on Viu, the stylish remake of BBC drama Doctor Foster has captured more than 55% of Viu’ers in Asia. The drama has been breaking new records week after week. New episode of the drama is available to watch on Viu eight hours after broadcast in South Korea, with subtitles in six languages.

Currently the third-highest rated South Korean drama in cable television history, the series, has been highly-acclaimed for its plot, acting, pace and raciness. The series centers on a successful doctor, played by Kim Hee Ae, who leads a seemingly ideal life, until she learns about the betrayal of her husband played by Park Hae Joon. Thus, their picture-perfect lives begins to crumble.

Successful records of the drama

Produced by jTBC, the series was aired first on Viu and is currently exclusive in Asia only on Viu. More than 55% of viewers on Viu in Asia have already caught on to the addiction to this wildly popular South Korean series since its opening week on March 27.

In South Korea, the series’ first episode recorded 6.26% viewership, surpassing all other first episode viewership ratings of any jTBC dramas, according to Nielsen Korea. This is 20% higher than its popular sister production, Itaewon Class, which opened at 4.98%. 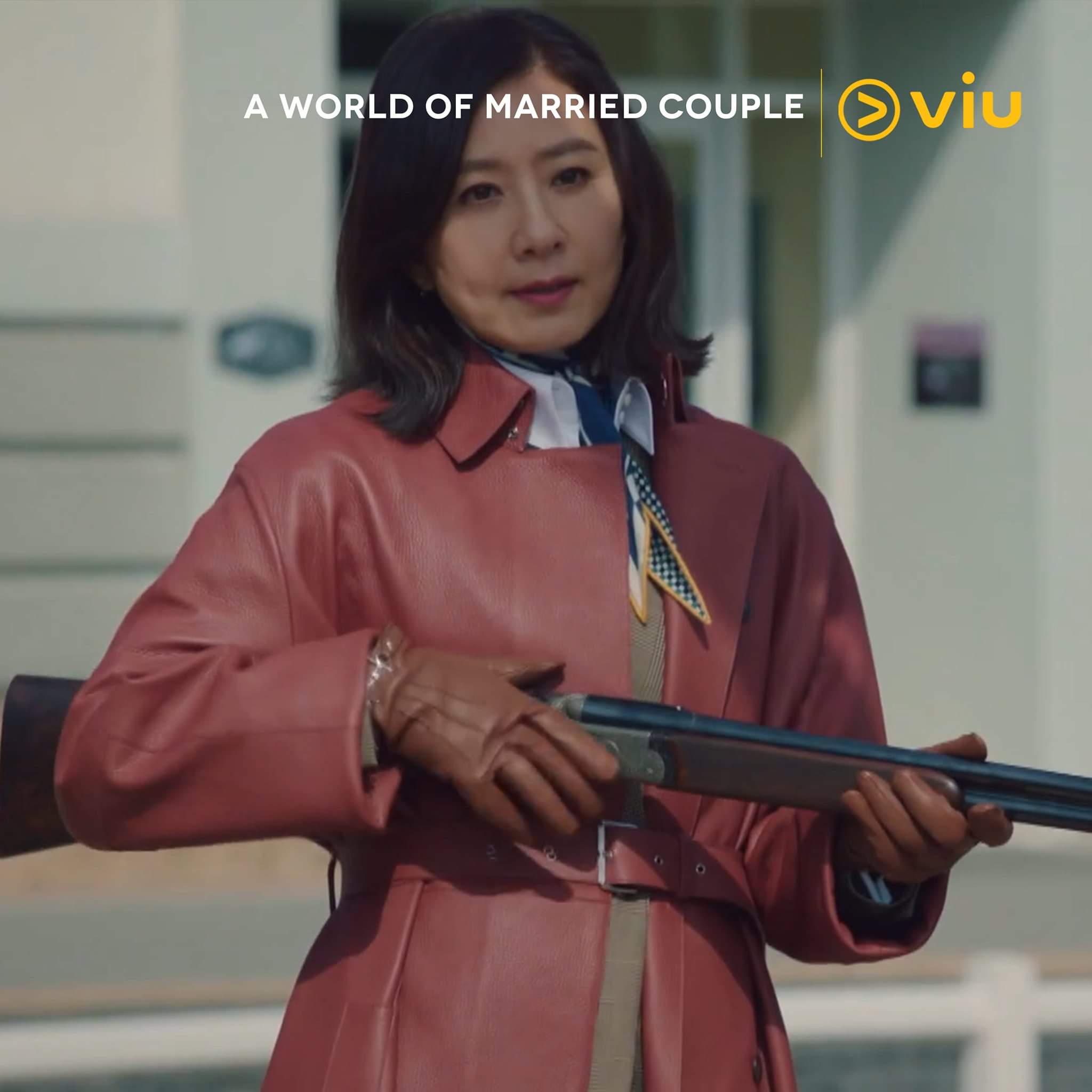 With the ratings of The World of the Married breaking past 20% for the first time in the recent weekend in South Korea, the drama’s performance is expected to surpass SKY Castle, which is also available on Viu.

Reasons for the popularity of The World of the Married

While there has been many dramas themed around infidelity, The World of the Married stands out among the lot. Following are some of the factors which makes the drama stand out and attributed its success:

The unpredictable and high-paced plot

Since its premiere, every episode of The World of the Married has been plated with a couple of twists. The premiere episode itself is quite a bumpy ride as Ji Sun Woo (Kim Hee Ae) goes on a witch hunt to find out the identity of the mistress. Quite unexpectedly, the mistress Yeo Da Kyung (Han So Hee) was revealed in the second episode itself which is quite fast.

Another thing that makes this drama different from other infidelity-themed dramas is that in those dramas, the entire story is about coming in terms with the situation. Here in The World of the Married, the divorce got processed on the sixth episode itself. 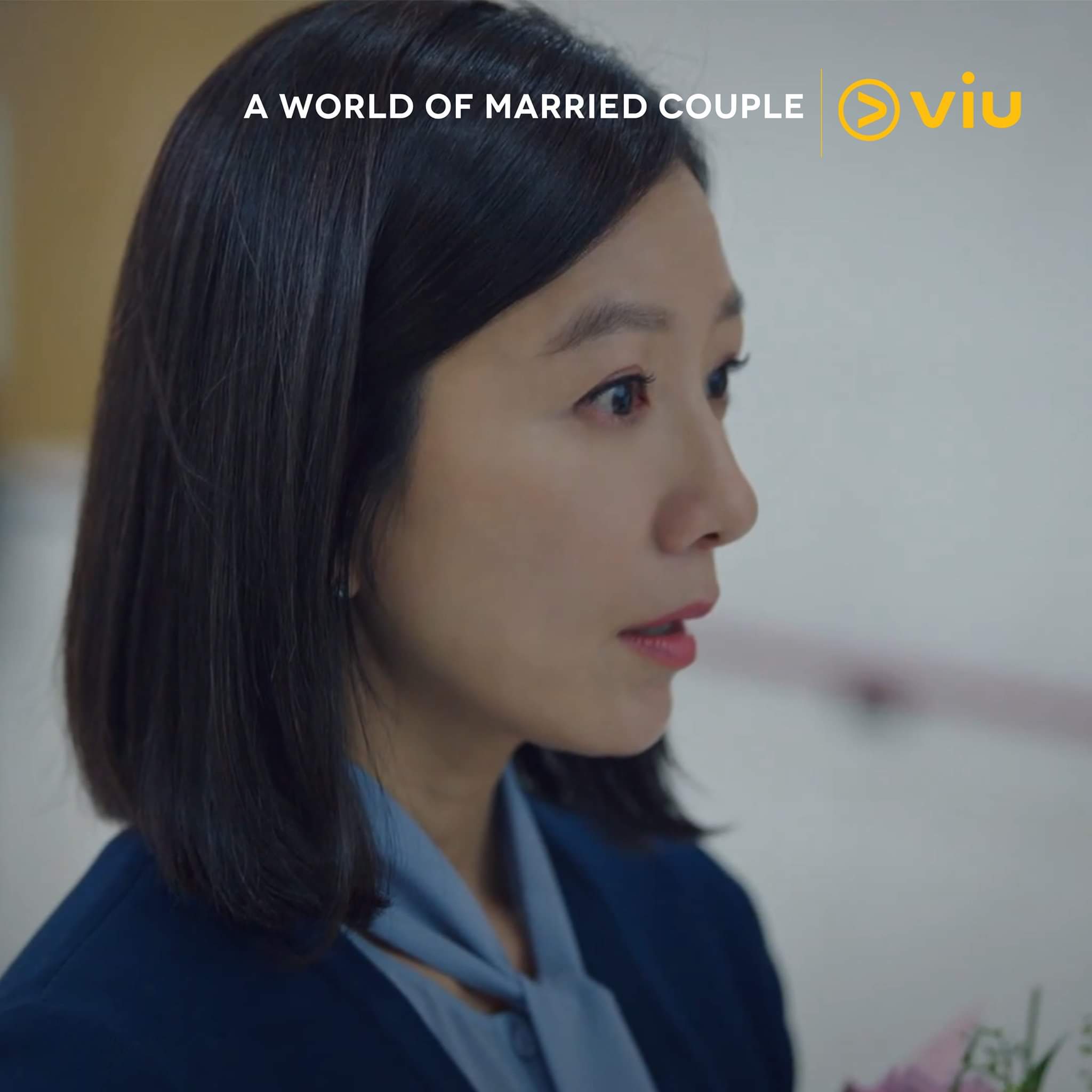 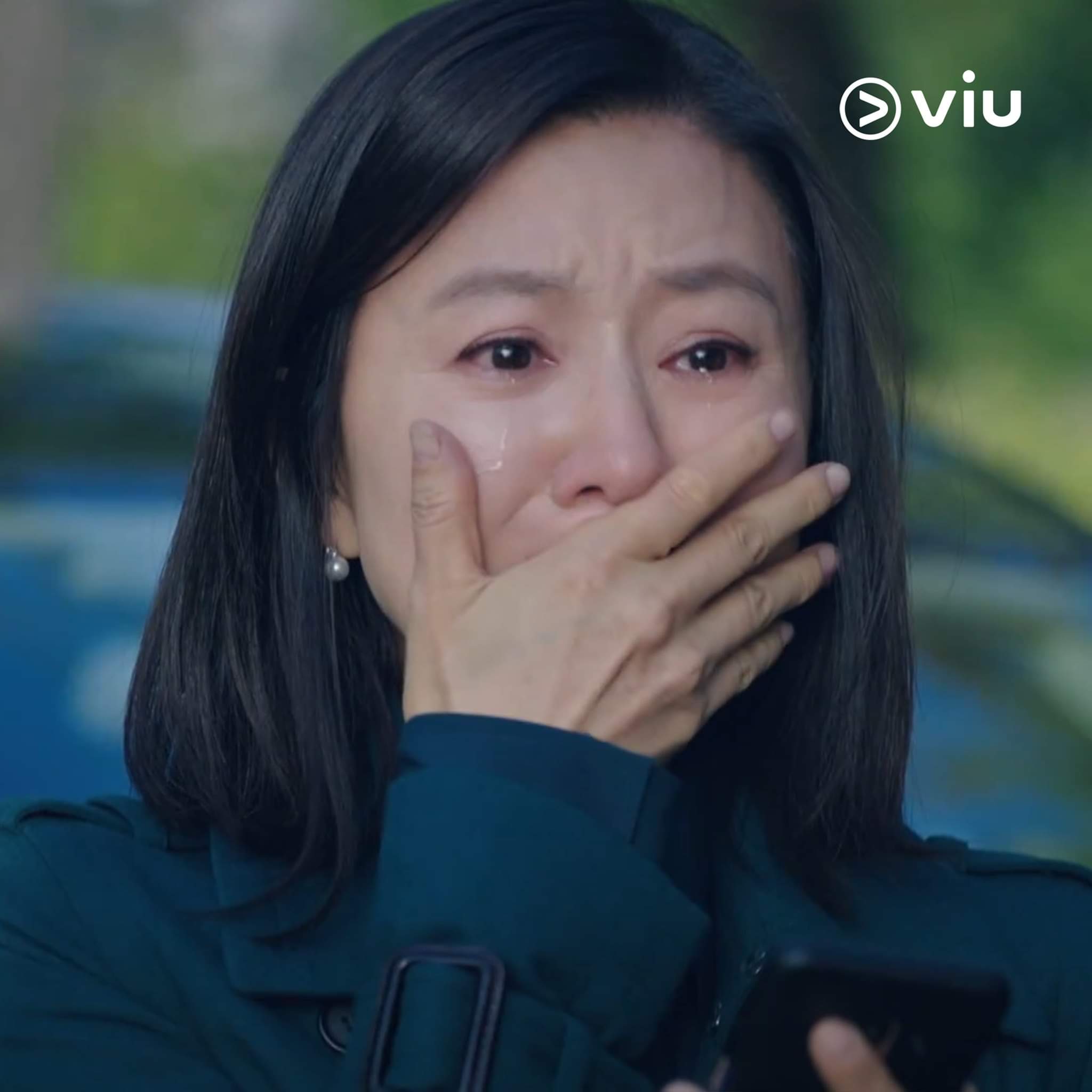 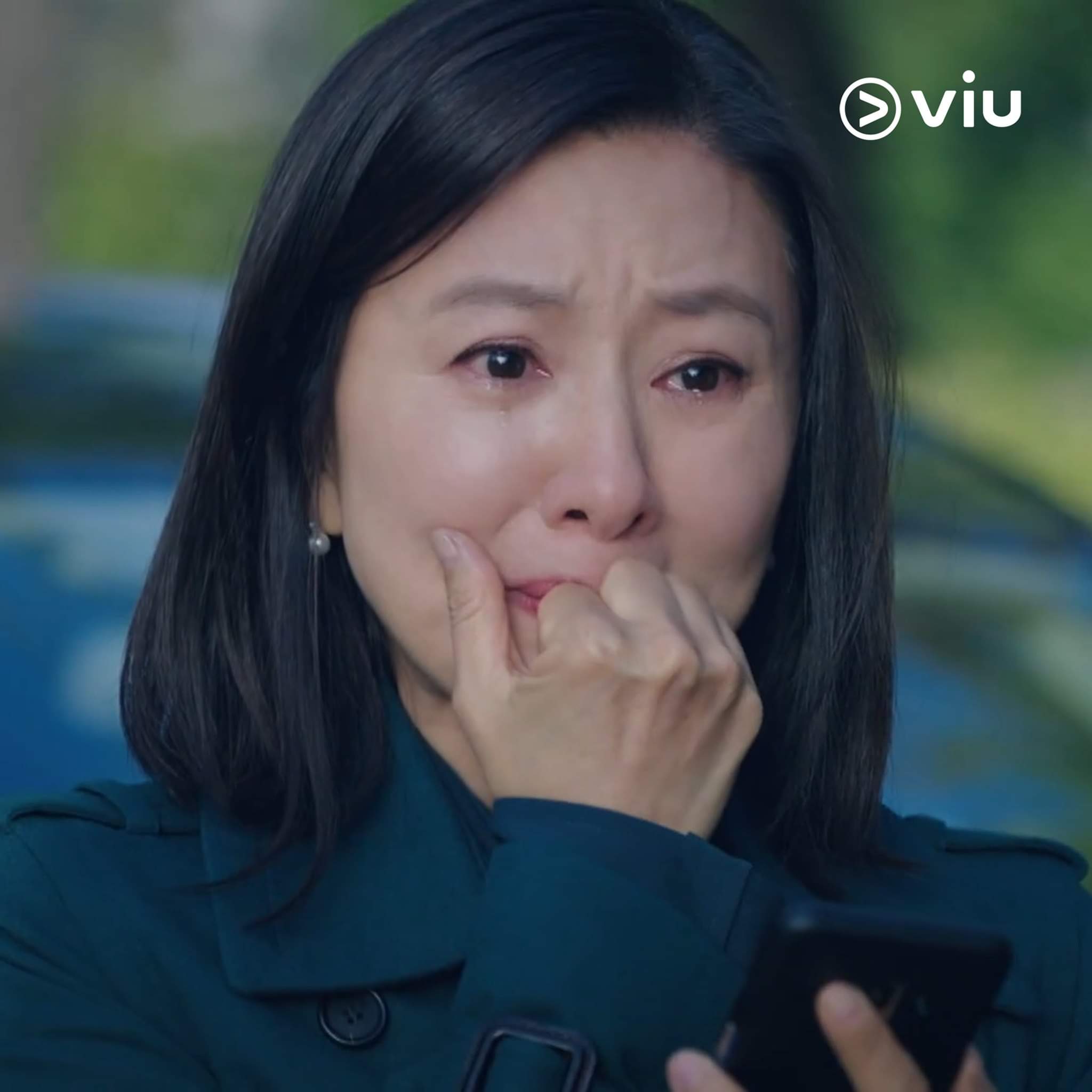 And just when the audience expected karma to hit the cheating husband and the shameless mistress, the drama creators gave a completely new twist by actually making them super-successful two years after Sun Woo’s divorce with Lee Tae Oh (Park Hae Joon). All these unpredictable occurences definitely gave the audience a surge of adrenaline rush.

It is said that revenge is bitter; Ji Sun Woo will ensure that the people who have wronged her gets the most bitter taste. She was hurt, isolated, and betrayed by the people she trusted the most. And now, she plans the most vicious revenge ever.

Ji Sun Woo is an unusual heroine in the sense that she lost her sense of judgement between right and wrong after she got hurt with betrayal. She uses a patient to tail her husband, cheats on her husband to give him the taste of his medicine, and tricks her son to choose her over the husband.

Though Sun Woo may have done some wrongs, what is admirable about her is she chose to fight rather than mope and cry over her circumstances. She ensured that she took everything away from Lee Tae Oh. 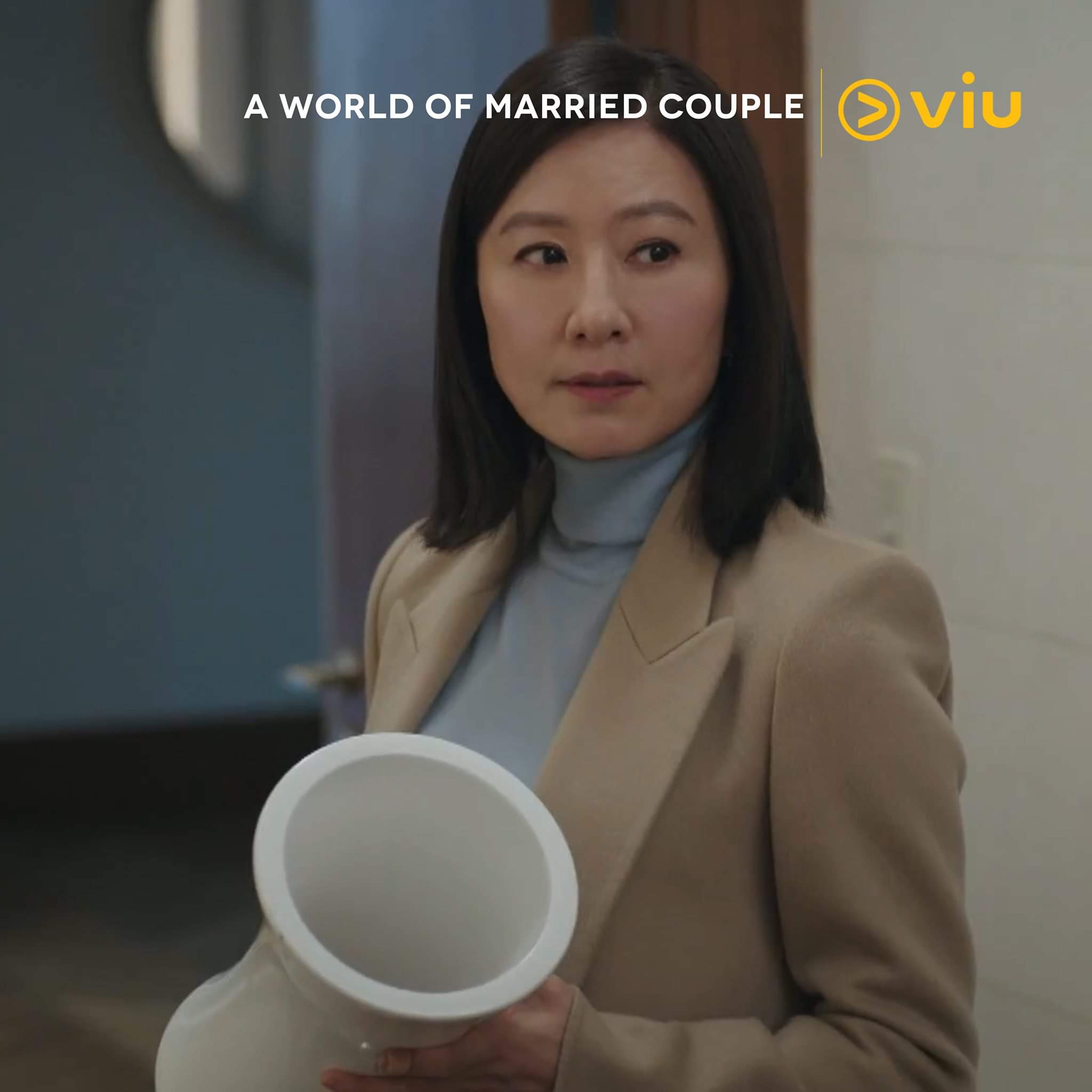 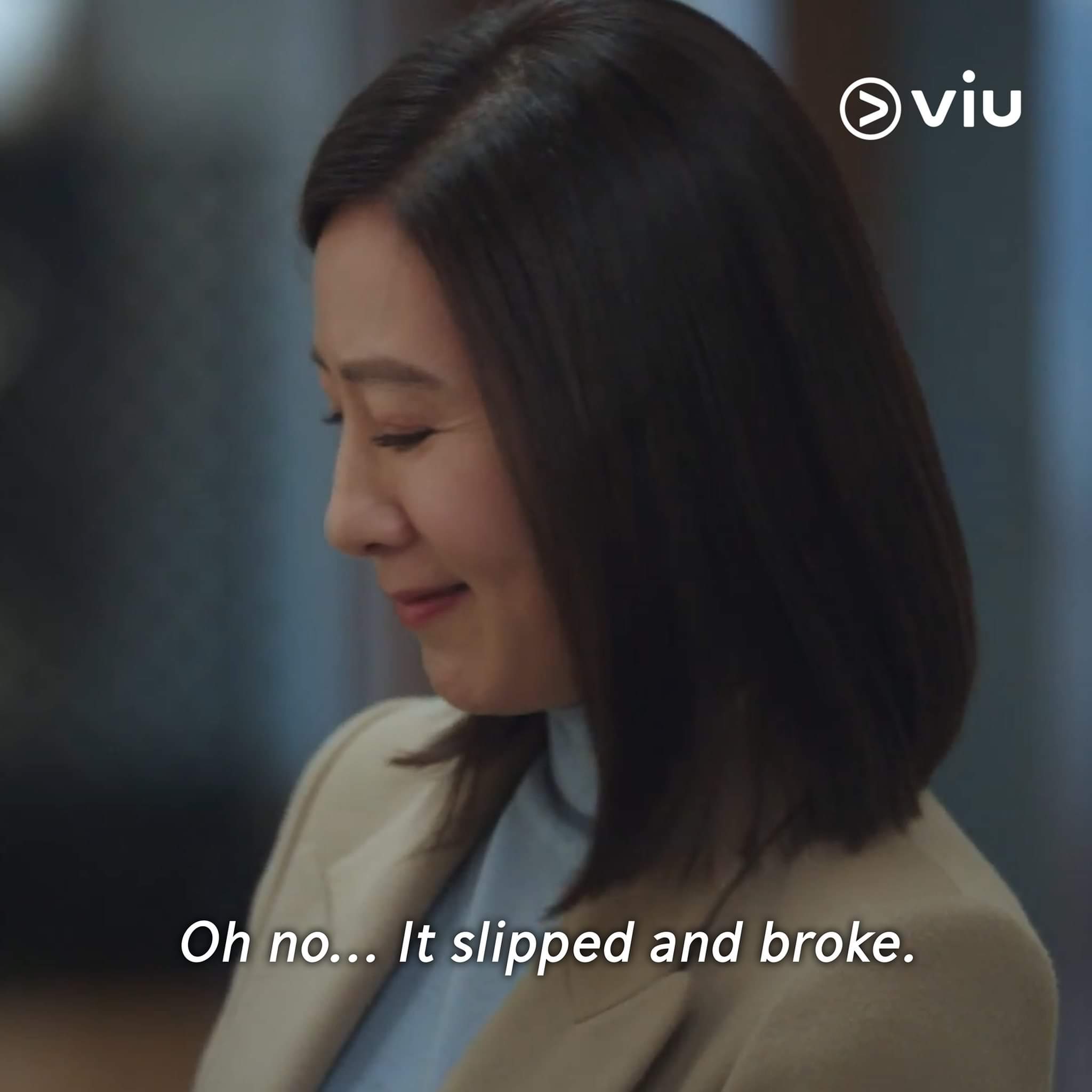 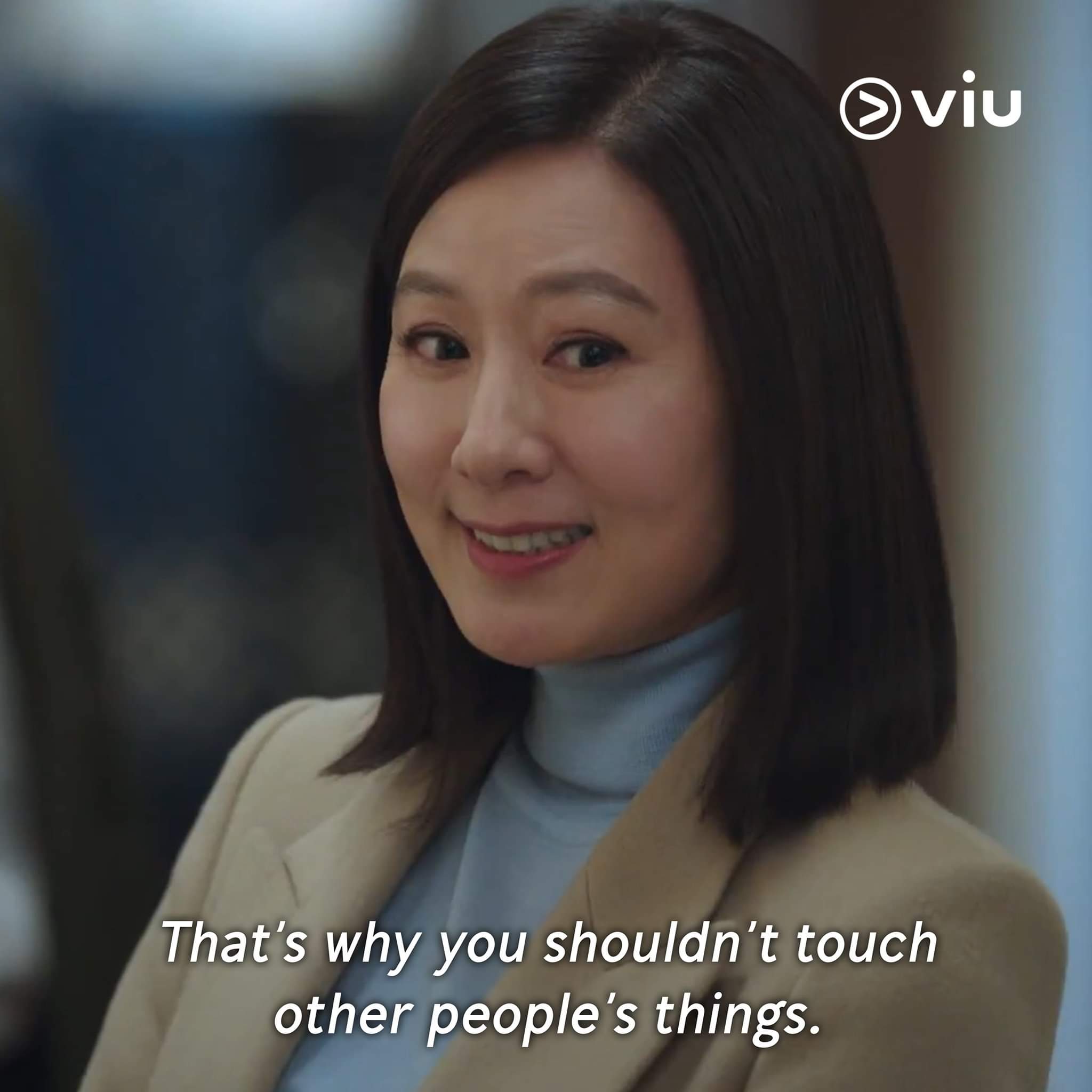 One of the memorable scenes involving Sun Woo is when she exposes the extramarital affair and Da Kyung’s pregnancy infront of her parents. That was savagely done and extremely satisfying to watch considering what Sun Woo had to go through.

Now that's how you drop a bomb. Periodt.

Another scene that holds a huge impact is where Sun Woo tells her sick mother-in-law who is justifying her son’s mistake that she wants her to live so that she can witness Sun Woo taking Tae Oh down. 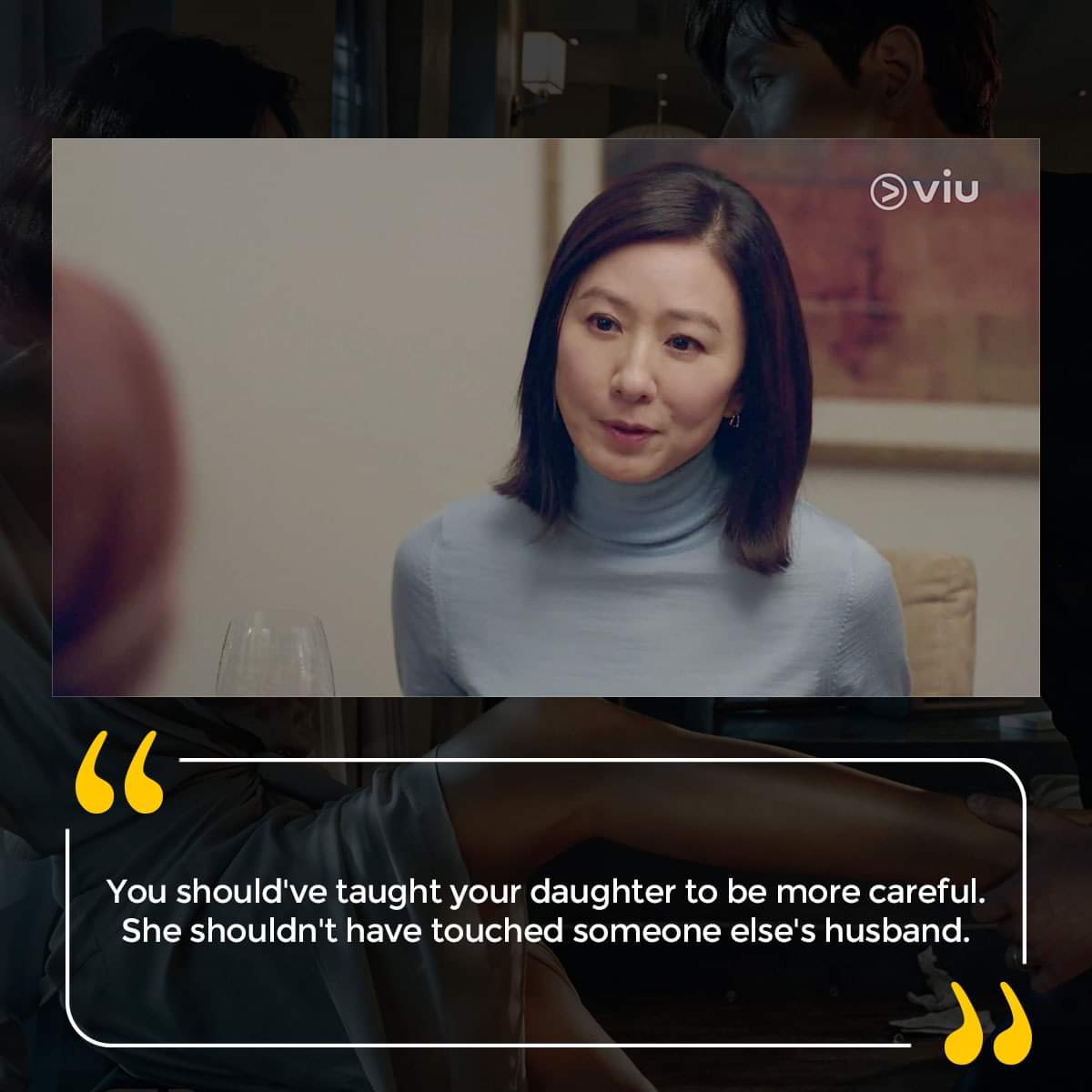 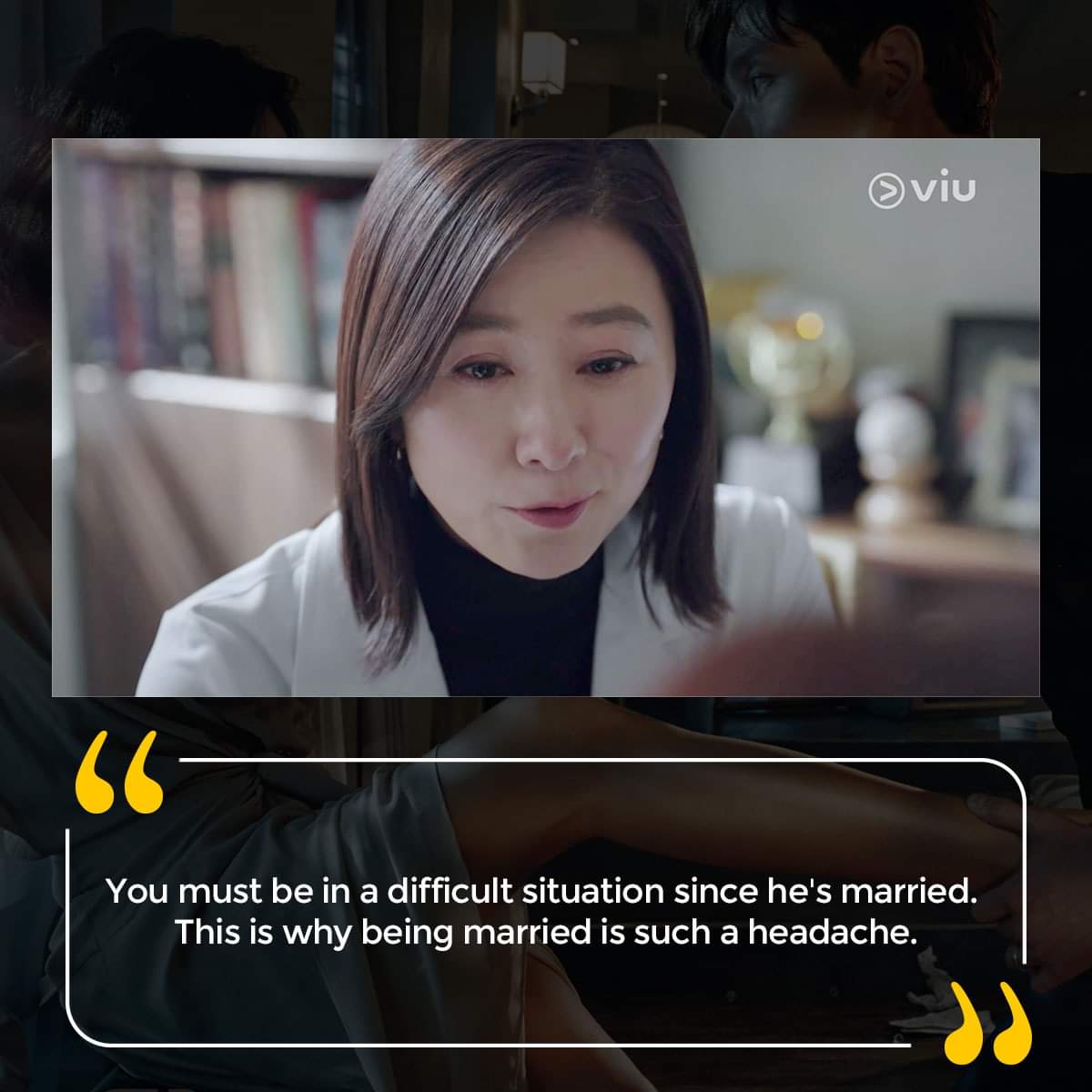 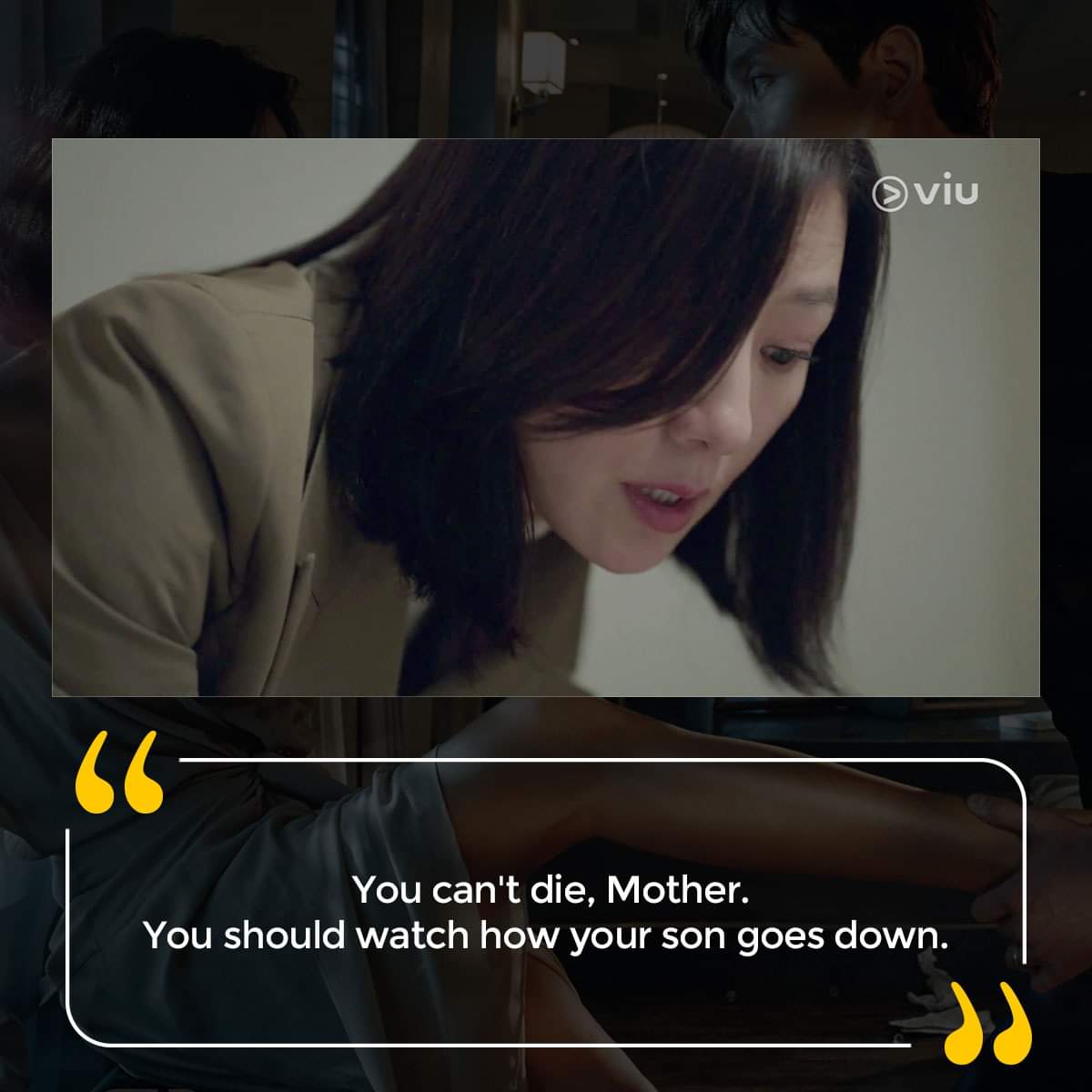 Almost all the characters in this drama are absolute evil. Every now and then, there is a character who does condemnable actions without any conscience or remorse. 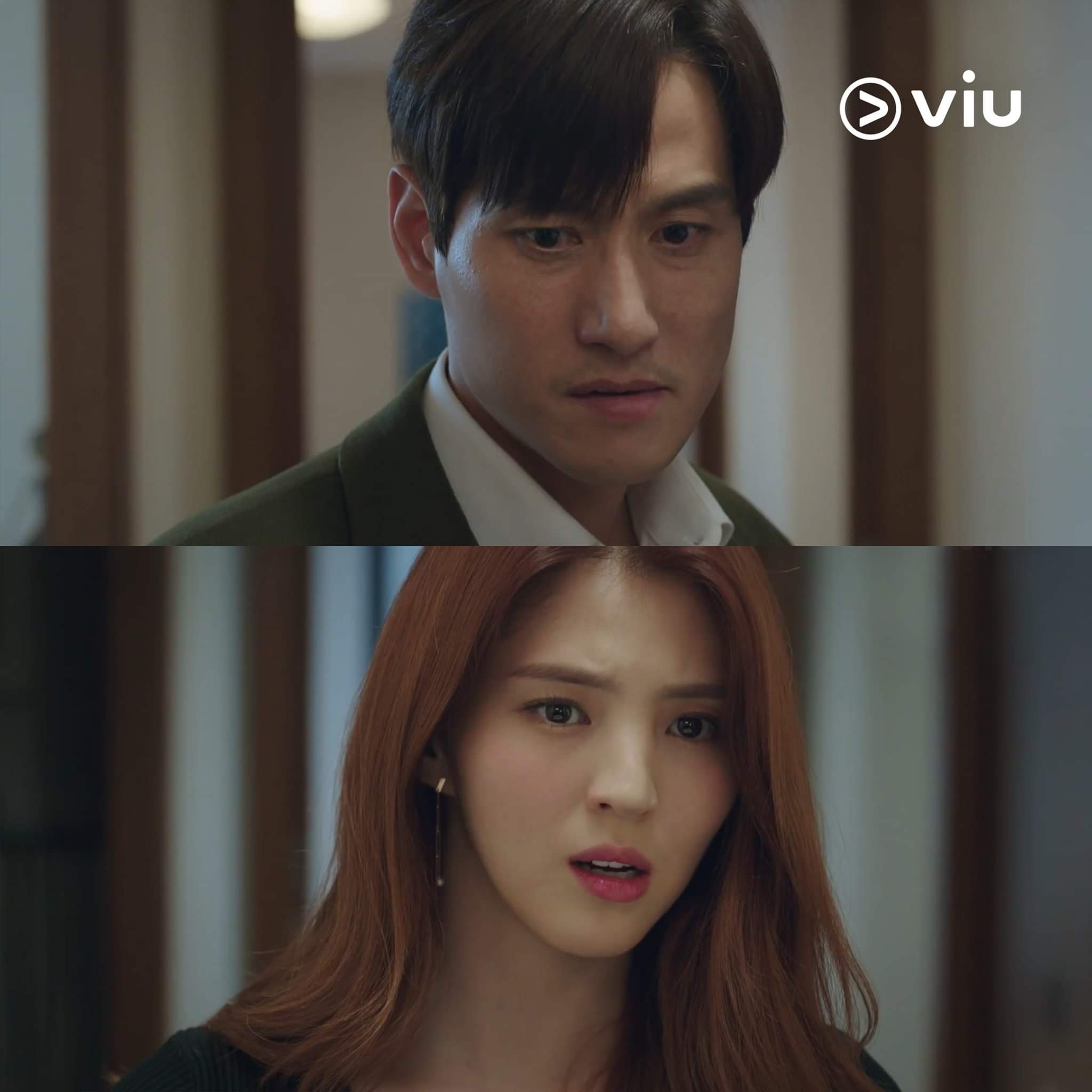 Lee Tae Oh has no qualms about cheating and even has lame excuse stating that he was in love. But even after having married Da Kyung, he is not over his ex-wife to the point that he is snooping on her.

Yeo Da Kyung and her family are spiteful too. She broke up a family yet she blames the wife as the reason for the husband’s unfaithfulness. While her parents seem to see no wrong in Da Kyung’s actions and would even stoop low enough to sabotage Sun Woo’s career.

And who needs friends when selfish people like Son Je Hyuk (Kim Young Min) and Ko Ye Rim (Park Sun Young) exist. But the absolute worst of them all is Seol Myung Sook (Chae Gook Hee) who has no loyalty whatsoever. She is a fair-weathered person often changing sides and seeking only her personal benefits. 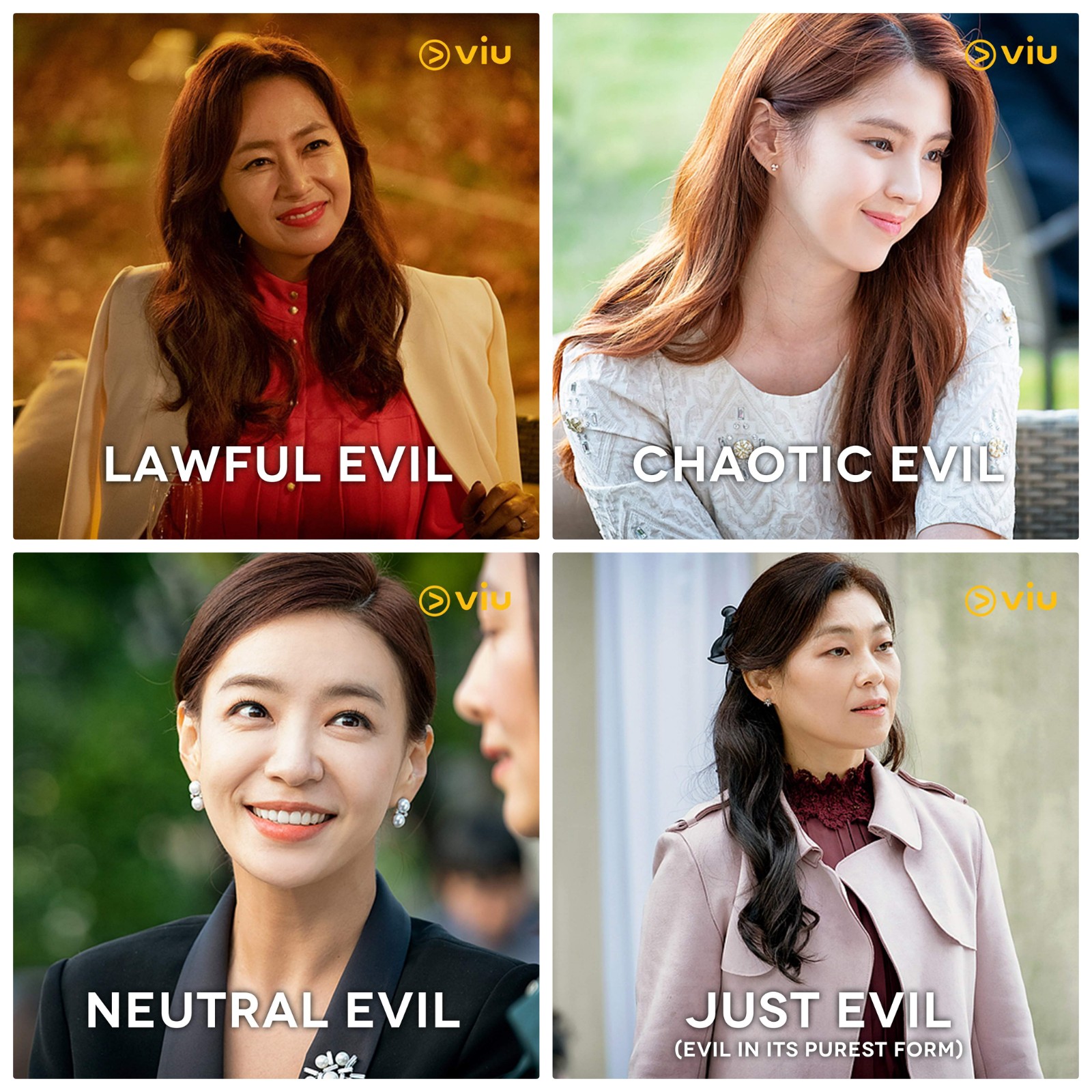 The revenge is a long way as Sun Woo still has to punish them all.

Meanwhile, the upcoming episodes look very promising as more intense moments are about to be unwrapped.

Viu on The World of the Married

Ms. Virginia Lim, Viu’s Chief Content Officer, said, “We have seen a sharp increase in our unique viewers that mirrors the increase in viewership for the series in South Korea. Great content transcends all cultures and nationalities, especially when served with subtitles in local languages that make it accessible and relatable to our audience in each country.

It is our promise to deliver premium content to our Viu’ers promptly, and The World of the Married delivers on the promise. We are encouraged to see that so many of our viewers have enjoyed it and responded enthusiastically. We will continue to bring great shows to our Viu’ers by offering the most simulcast titles and biggest library of Korean content.”

The World of the Married is available to watch on Viu. The drama carries Traditional Chinese, Simplified Chinese, English, Thai, Bahasa Indonesia, Bahasa Malaysia and Burmese subtitles per as-available basis on Viu in Hong Kong, Singapore, the Philippines, Thailand, Indonesia, Malaysia and Myanmar.