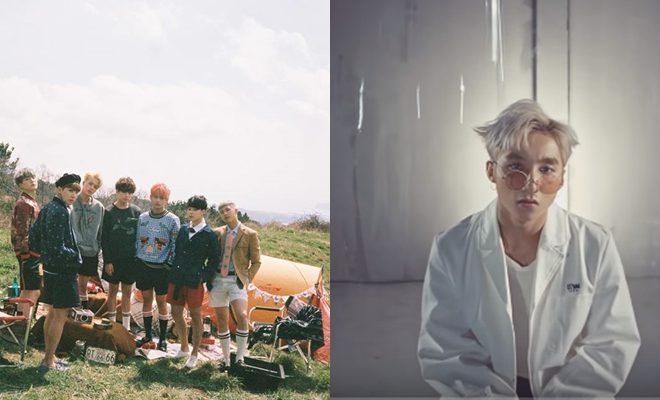 Tung vs BTS: Do you think they sound similar?

Top Vietnamese male singer Son Tung M-TP (Tung) has recently caught himself in a controversy with plagiarism accusation to a K-pop hit.

The Vietnamese idol’s latest song We Don’t Belong to Each Other is accused by local K-pop fans of its similarity with the new track We Don’t Talk Anymore from American singer Charlie Puth, as well as BTS’ hit track Fire which released in May this year.

The chorus of Tung’s song has raised questions from the Vietnamese K-Pop fans, who noted the similarity between the two songs.

According to the local news outlet Tuoi Tre, this is not the first time that Tung got involved in such plagiarism accusation. Last year, Vietnamese K-pop fans pointed out that the beat from his new release Maybe Someone Will Come Back was similar to Because I Miss You, which was a hit track by CNBLUE’s Jung Yong Hwa.

Later, Tung finally changed the beat of the song after Ministry of Culture, Sports and Tourism, and the Department of Performing Arts and Copyright Office of Vietnam intervened the case.

369
SHARES
FacebookTwitter
SubscribeGoogleWhatsappPinterestDiggRedditStumbleuponVkWeiboPocketTumblrMailMeneameOdnoklassniki
Related ItemsBTSFire
← Previous Story This Korean Song Touches The Vietnamese Netizens; Dedicated To Mothers, From Daughters
Next Story → Jay Park Equips Himself With A New ‘Compass’ Above His ‘Stars’