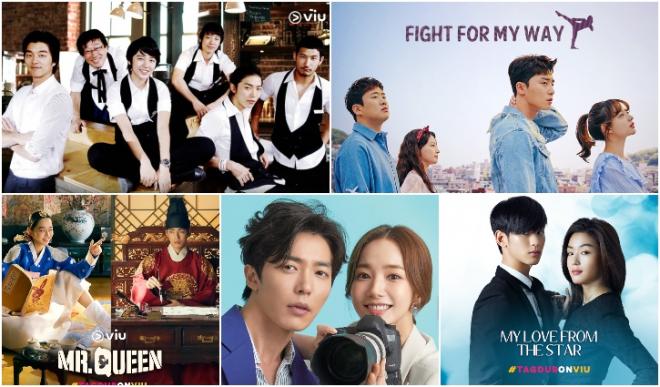 A serotonin boost added with a taste of love is what we all need at this point. Especially with our new Viu Original Now, We Are Breaking Up hitting our screens soon, we’re all looking for romcoms that would set us in the mood. It’s time to sit back and relax, as we watch these romantic comedy Kdramas that will surely welcome us into a world filled with thrilling romantic experiences. 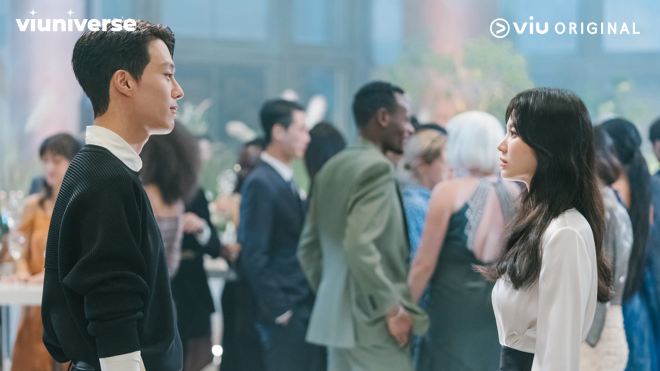 These five series would make you smile and giggle with heart flutters all day!

It’s been 14 years since the release of Coffee Prince, yet we can’t deny that it is still one of the most successful Kdramas out there that became a part of the Hallyu wave. The series revolves around a brilliant, wealthy man who runs a coffee shop and a woman pretending to be a man to work at the cafe. Eventually, the two sparked romantic feelings even though Gong Yoo’s character did not know that Yoo Eun Hye was a woman in the first place. What sets this Kdrama apart is how the director and writer bravely discuss the existing gender norms in the romantic relationship aspect. Coffee Prince will give you heart-fluttering moments and valuable learning experiences about the harsh reality of our society.

In the mood for a rerun? Watch it on Viu. 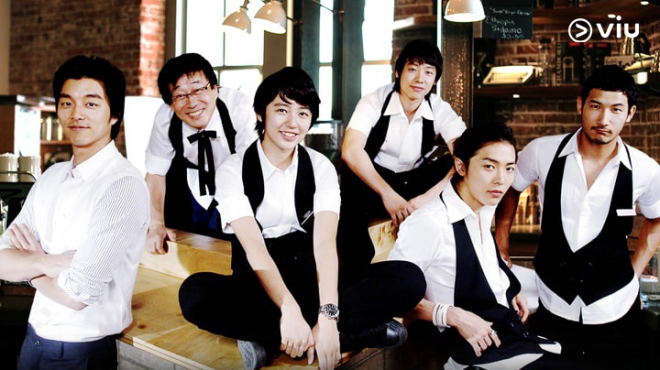 My Love From The Star

This series undeniably became a massive hit across Asian countries, as proof of it would be having three adaptations: Thai version, Indonesian version, and Filipino Version. The unconventional love story of an extraterrestrial being stuck on earth for 400 years and a stylish yet somewhat pretentious actress became well-loved by people of all ages, leading a lot of viewers to also start watching Korean dramas. The chemistry between the two leads, Kim Soo Hyun and Jun Ji Hyun, is something to look forward to in this drama. With elements of fantasy, mystery, and romance put together in one series, My Love From the Star will make your heart skip a beat.

Watch it on Viu here. 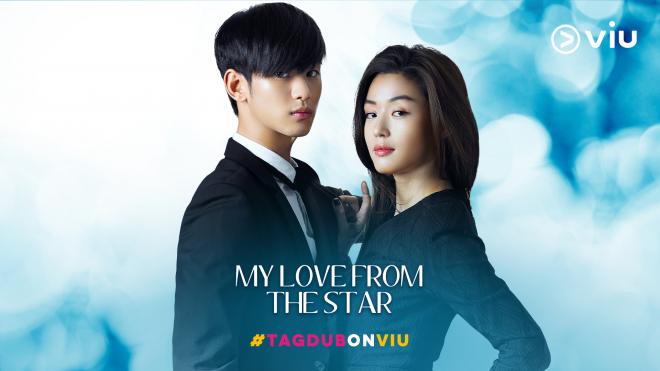 A lot of fangirls will definitely relate to this romcom Kdrama, starring Park Min Young and Kim Jae Wook. Working as a curator in an art museum while concealing one’s identity of being a fangirl is extremely difficult. Still, everything changes when the new art director of the museum enters the picture. The drama will give you a glimpse into what it’s like fangirling over your favorite idol, which all of us can relate to. You are in for a roller coaster of romantic excitement with this Her Private Life.

Stream it on Viu here. 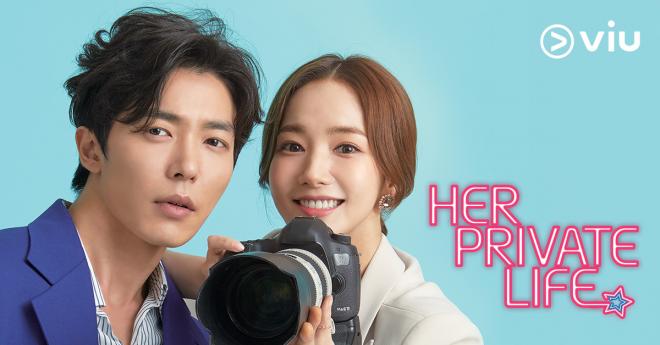 Fight for my Way

The drama Fight for My Way, led by Park Seo Joon and Kim Ji Won, garnered high ratings and a positive review from the audience with its delightful coming of age story. The drama revolves around the story of four friends and their struggles in pursuing their aspirations in life. Along with it is a story of how two best friends ended up falling in love with each other. The unique chemistry between the cast and the refreshing concept of this Kdrama captured the viewers’ hearts. Indeed, it is a feel-good drama providing you with lifelong lessons to uphold in the future.

Reminisce friendship and romance on Viu with this perky series. 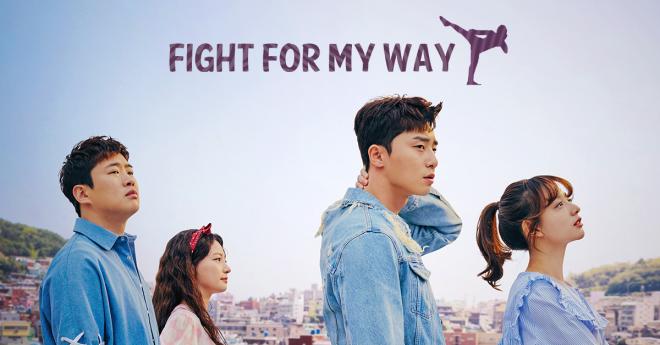 If Kdramas like Empress Ki and Moon Lovers: Scarlet Heart Ryeo made you bawl your eyes, Mr. Queen, on the other hand, is guaranteed to make you cry as well but out of immense laughter. It is a story about how a modern man living in the 20th century was transported back in time during the Joseon Era. He gets trapped in the queen’s body, and eventually builds ties with an intelligent king who has a lot of secrets. One of the reasons it is considered one of the best dramas in 2020 is how great Shin Hye Sun and Kim Jong Hyun are portraying their characters. Their chemistry is indeed off the charts as well. If you want to laugh and have a great time, every second of this drama fits you perfectly.

Better not miss this sprightly historical romcom on Viu! 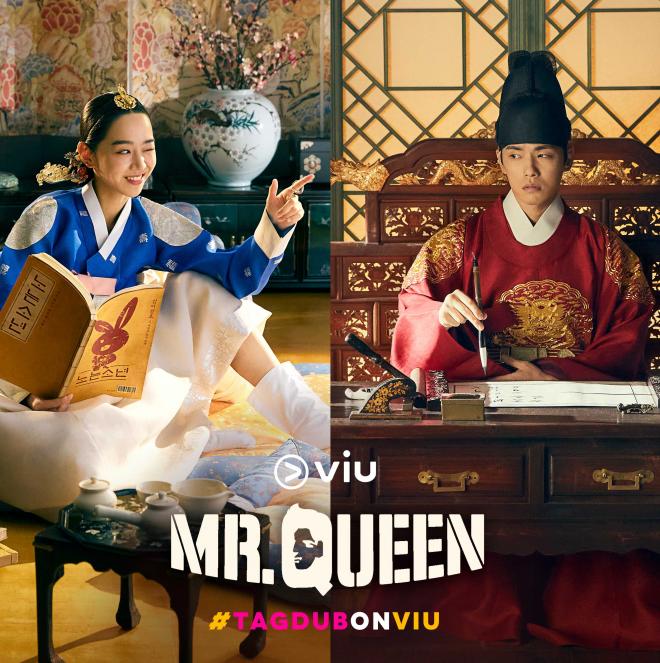 Better not miss this sprightly historical romcom on Viu! Also, don’t miss the premiere of Now We Are Breaking Up this November!

FacebookTwitter
SubscribeGoogleWhatsappPinterestDiggRedditStumbleuponVkWeiboPocketTumblrMailMeneameOdnoklassniki
Related ItemsCoffee Princefight for my wayHer Private LifeMr. QueenMy Love from the StarNow We Are Breaking UpViu Romance Dramas
← Previous Story 5 “Reflection of You” Engrossing Points of That Guarantee Viewers’ Satisfaction
Next Story → iQiyi Original K-Series “Jirisan” To Premiere This Saturday