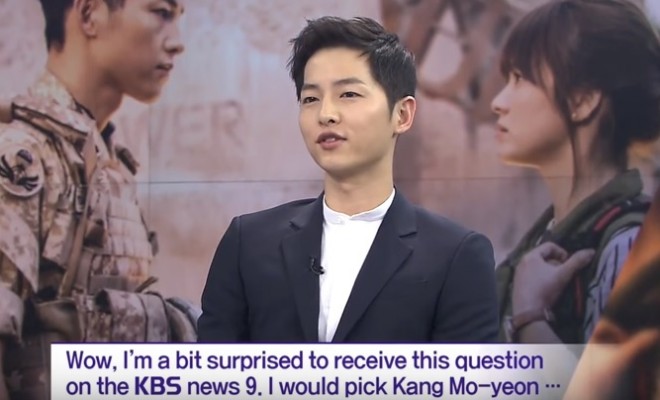 That moment when Song Joong Ki made history.

On March 30, ‘Descendants of the Sun’ male lead Song Joong Ki made history by being the first celebrity to be interviewed live on KBS News 9 at KBS building in Yeouido, Seoul.

Before the news segment started, the actor had the chance to look over the interview questions with the news anchors.

When asked what it’s like to be popular among Hallyu stars, Song humbly replied that “I’m a bit embarrassed. I don’t know if I deserve such characterization. But I am happy and very grateful for everything.”

Next, the celebrity was asked to introduce some memorable lines in the drama, followed by why he doesn’t use social media.

Watch the short interview and KBS coverage of the drama export into China: