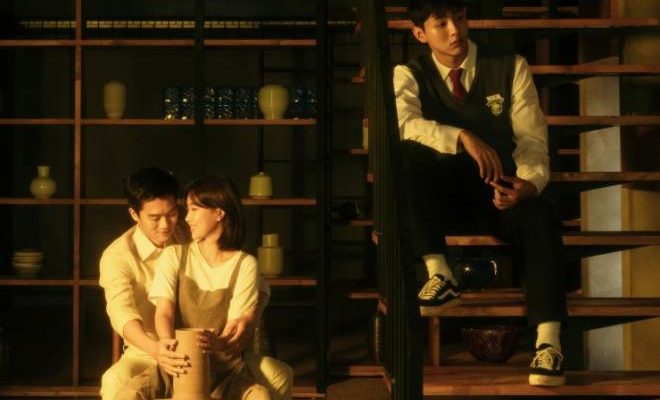 K-Drama Mid-Series Check: “When I Was The Most Beautiful” Entices Viewers With A Gripping Passionate Clash Of Emotions

After taking the viewers to the extremes of emotions in its first half, When I Was The Most Beautiful vows to keep the viewers in awe for a deeply absorbing finale as the series draws to a close.

When I Was The Most Beautiful invites us to keep up with our heroine’s perilous journey towards the path to healing and genuine happiness. The title itself is a giveaway for a melancholic narrative implying an intense longing for the lost blissful moments that can never be taken back. 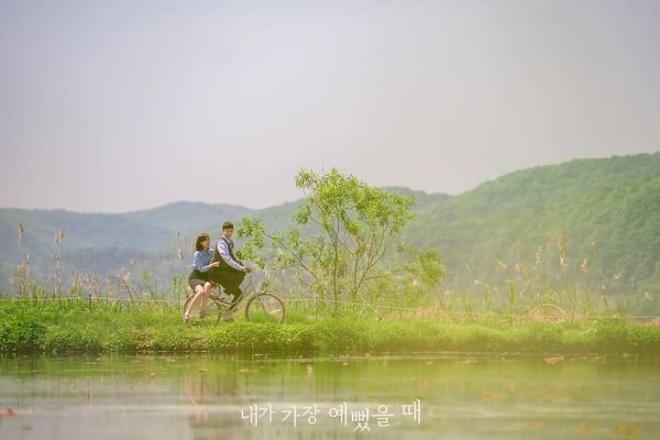 When I Was The Most Beautiful Mid-Series Recap

Oh Ye Ji (Im Soo Hyang) is a student-teacher for an art subject who is assigned to teach in the countryside. There she meets the young gentleman, Seo Hwan (Ji Soo), as one of her students. Having drawn to her charm and beauty, Hwan, grows fondness for her at first instance. 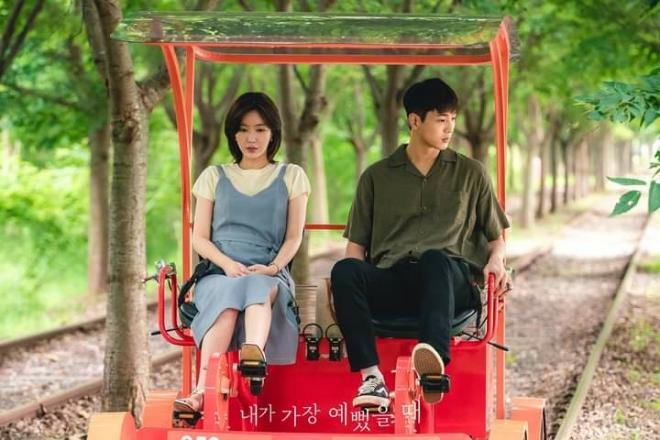 Ye Ji’s job as an art teacher takes her path to Mr. Seo Sung-gon (Choi Jong-hwan), a highly esteemed artist whom she had been looking up to. He happens to be, of all people, Hwan’s father. That same fateful day, she also meets Hwan’s older brother, Jin (Ha Seok Jin), a car racer by profession.

Jin instantly develops a more than pleasant impression of Ye Ji. Overtly expressing his intentions, he is determined to win her over notwithstanding the blossoming feelings of his younger brother for the same lady. And despite being kindred spirits with Ye Ji, Hwan ends up yielding to his brother and gives up his pursuit of her.

Ye Ji accepts Jin’s proposal in spite of the threats from her aunt and Jin’s mother to torment their relationship. The two eventually get married and settle for a quiet and blissful life together. 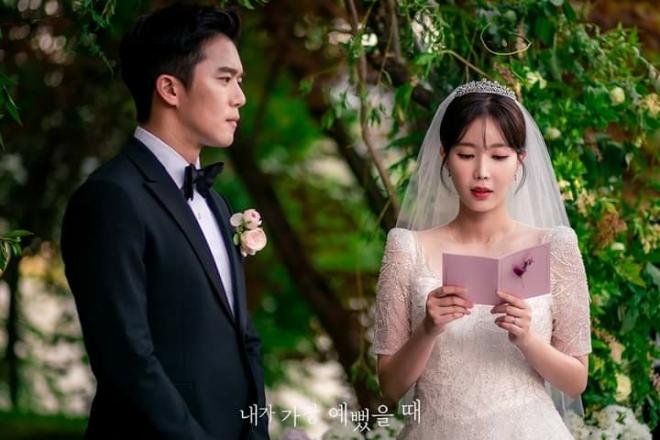 Hwan, on the other hand, sets forth to the US to pursue studies in Architecture.

Although she was initially reluctant, Ye Ji eventually encourages her husband to follow his heart after sensing his longing for the fulfillment he gets from car racing.

With an offer to compete internationally, Jin takes the opportunity and flies to the US to participate in the event. Few minutes into the competition, he is surprised to learn that his former team, with his unscrupulous ex-girlfriend, Carrie Jung (Hwang Seung-eon) as their manager, will be competing in the same tournament leaving him distracted and apprehensive. And just when he thought that it can’t get worse, he is just about to meet his tragic fate.

Following the appalling mishap, Jin’s family is left hanging with what has really transpired during the course of the competition. His body is not found and the case is stuck in limbo.

The shocking unfortunate event leaves Ye Ji devastated. Aggravating the circumstances is her mother-in-law’s blaming of her for Jin’s tragedy.

Meanwhile, Hwan’s unwavering affection towards Ye Ji gives him enough reason to fly home from the US. He proposes to Ye Ji to start her life anew with him. But as she is still grief-stricken, she instinctively draws the line against his insistence and becomes resentful of him.

After three years of agonizing solitude, Ye Ji receives a surprising news about Jin’s resurfacing. She finally reunites with him, but much to her surprise, he is a seemingly different person now.

He sits on a wheelchair with his lower limbs completely paralyzed – he is a picture of helplessness and self-pity. Making the matters even more complicated is his mounting insecurities especially after hearing about her wife’s alleged affair with his brother while he was gone.

The story so far…

One of the strengths that I instantly took note of in the first half of the series is the impressive character presence. The first few episodes revealed solid backstories to justify how these characters have evolved into their present selves. 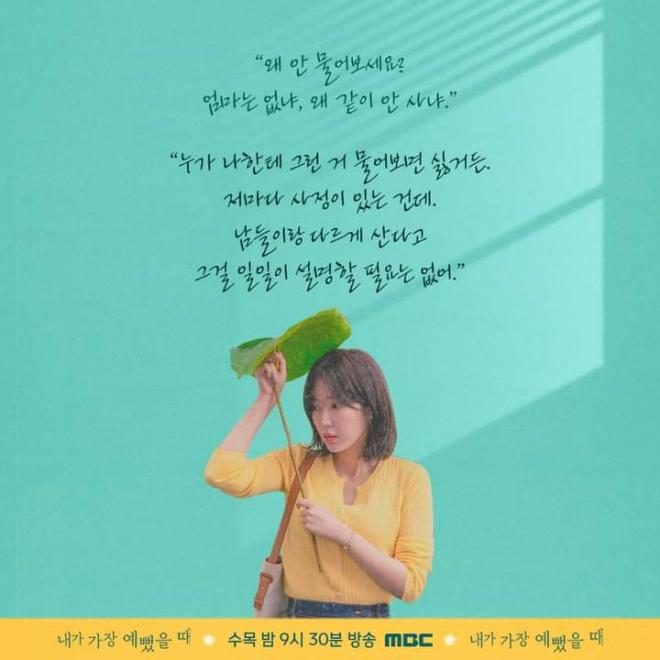 Her past is a summation of all losses – a traumatic childhood, an absentee mother who went to serve time in prison for killing her father and an abusive aunt. Her present self is a work-in-progress collecting every broken pieces of her from the series of setbacks hammering her life. 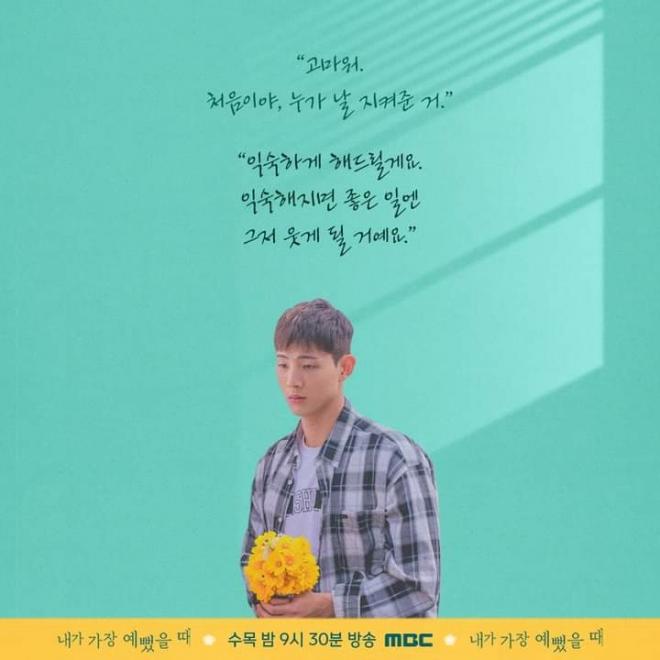 His character intensely resonates artistic quality with strong inclination to abstract concepts. Just as how artists bank on their sensitive side to gather inspiration, Hwan, has a keen sensitivity to beauty. Anything that stands out from the ordinary gravitates his attention towards it.

It is quite telling since the first episode – the series opens with him riding on a bicycle under the rainy sky. His gazed was locked-in towards a lady who, instead of shielding herself with an umbrella, used a huge waxy leaf to avoid getting drenched. This scene has portrayed Hwan being mesmerized by such striking rare sight. 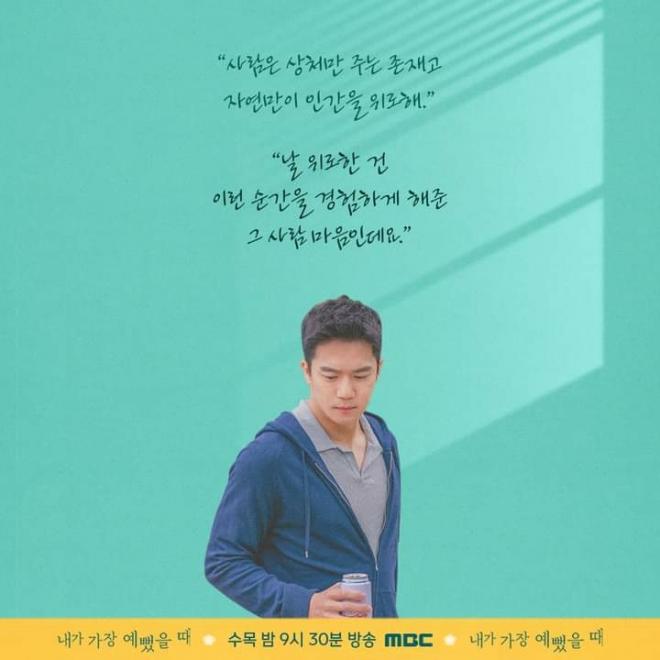 In his unraveled backstory, his conflicted character was rooted from an unburied guilt. The first episode took us back to a tragic experience in which his younger sensibility almost cost the life of his brother and has left his father permanently injured.

One of his conversations with Hwan significantly implied how running away has been his way of coping with his emotional baggage that weighs him down. 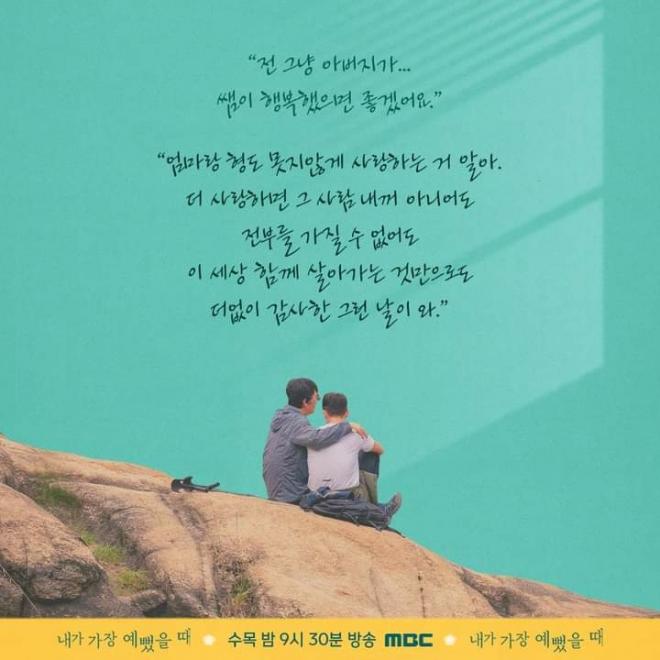 He is a highly esteemed artist with a profound life principles. As a father who had a tragic experience with his children, he exemplifies selflessness which made a permanent mark in his physical well-being.

“Life will take away something that is most precious to us and hurt us beyond repair.” He shared this wisdom to his son, Hwan, when he was caught in a crossroad between following his heart and giving up for his brother’s happiness.

The series’ first two quarters showed our heroine being caught up in the middle of conflicting realities simultaneously existing in her world. These, on a certain degree, have affected the characters, their perspectives and the dynamics of their relationships with one another.

Ye Ji grew up in a dysfunctional family. Although she is not technically an orphan, she was raised by a despicable aunt in her mother’s absence. Deeply despising Ye Ji’s mother for killing her brother, her aunt wished nothing but a tormented life for her. Ye Ji’s mother, on the other hand, is consistently reticent and she wished to cut her ties with her just so she could not cause her daughter any inconvenience.

In contrast, the people in the countryside who welcomed her with warmth and affection have strong familial bond among one another. Imperfect as they seem to appear, with some level of resentment towards the woman of the family, the Seo household portrayed close kinship and intimacy towards one another.

The drama sketches a charming countryside conducive to artistic growth and emotional healing of the characters. The laid-back setting sets up the impression of a simple, unhurried life which creates room for a deeper contemplative life.

On the other hand, it visualized Seoul as a cold, fast-paced environment which leaves no room to nurture one’s emotion. In a big city where time is of the essence, everything is controlled and calculated. 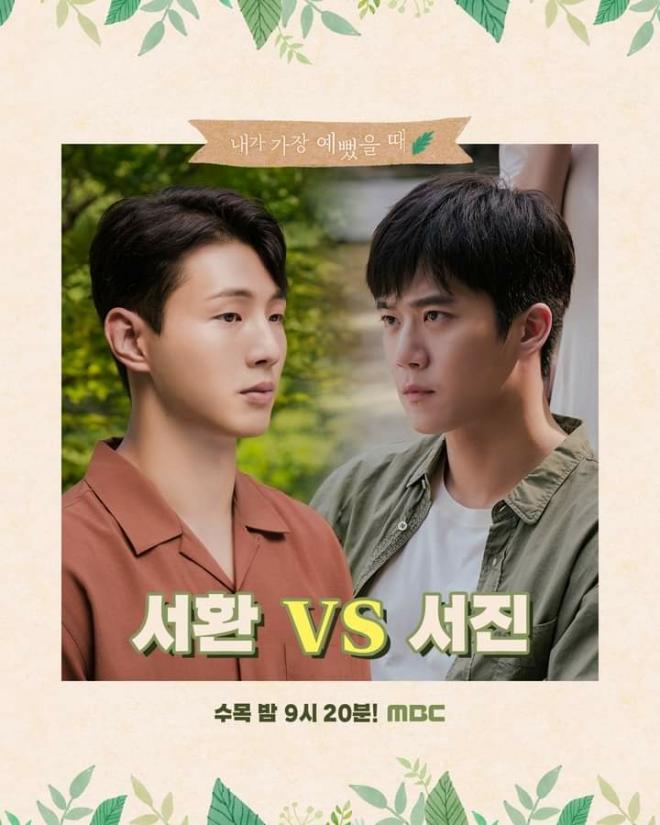 Seo Hwan and Seo Jin’s innate characters fall on the extreme opposite ends of the spectrum.

Hwan is a fine delicate young man with strong sensitive aspect. As an artist, his keenness to details speaks volume for his calmness and patience.

Jin, on the other hand, is daredevil who leans towards aggressive activities as his emotional outlet.

In addition, the manner in which they process their emotions largely differs. Hwan is well-versed in handling his emotional state with an ability to have his sentiments communicated without getting lost in translation. He thrives in the aspect of emotionally connecting with people.

In contrast, Jin comes short-handed in having a full grasp of his emotions. This holds true especially with his difficulty acknowledging his vulnerability in some pressing situations. In turn, it forces him to runaway which was evident when he hid himself for a period of time after succumbing to an accident. 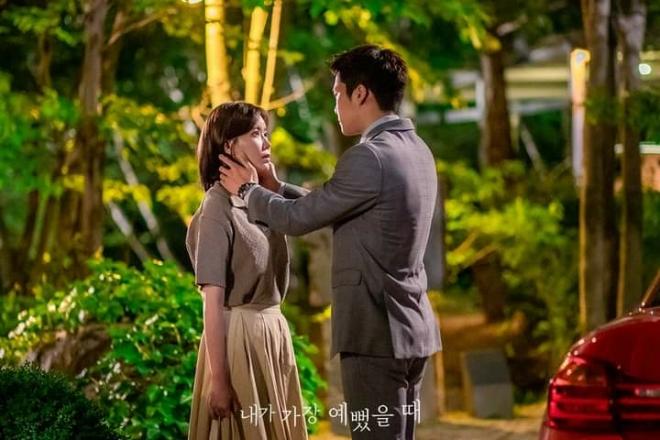 Slow as it may have been in the first quarter of the drama, it was nevertheless far from dragging and rather textured with significant details. At best, it gave us a solid foundation about the important elements of the story.

The clear-cut backstories for the characters have rendered elaborate sketch of the relationship dynamics. This was a great factor in properly framing the conflicts such as the love-triangle arc and the accident trope.

The narrative’s pacing, however, has altered in the succeeding episodes. Some momentous events were abruptly presented such as Jin’s and Ye Ji’s marriage which lacks important highlights in the development of their romantic relationship.

While the first quarter of the series focuses on laying a clear backdrop for the characters, the second quarter revolves around Ye Ji’s life as a married woman – from a happily married young wife, to a miserably lonely woman struggling to find answers for her husband’s sudden vanishing.

It gave a good focus on building her character by emphasizing her resoluteness and resilience to overcome the series of adversities she had experienced.

The series’ first half was a combination of yays and nays. It has a substantial and promising concept for the viewers to stick to its 16-episode run. Threading heavily on the romantic narrative, it gave the love triangle arc enough emphasis where the major conflict would anchor in the upcoming episodes.

The actors deliver astounding performances in giving life to these interesting characters. Im Soo Hyang, in particular, exquisitely gave justice to the beautiful character that is Oh Ye Ji.

I was particularly consumed by Ye Ji’s lingering agony after a short-lived blissful marriage. Initially, I deduced her love for her husband as a labored affection rooted from a yearning for a sense of belongingness.
I was, later on, proven wrong with how the story depicted her sorrow on her husband’s absence. Her invested emotions were in fact sincere and pure. And such longing for those lost times breathes sense to the drama’s title.

Likewise, fellow actors Ji Soo and Ha Seok Jin have been effectively portraying their roles as siblings who are ready to lay everything on the line in the name of love.

The drawbacks, however, lie in its form particularly with how it was written which slightly diminishes the brightness of the drama. Its pacing lacked consistency – from slow to hasty plot movement on the latter part.

The accident trope is itself a loophole which is a far-fetched scenario in real life. How come an accident which took place in as grand as an international sports event with presumably extensive media coverage lacked some leads regarding the whereabouts of an accident victim?

Whether it was orchestrated or not, it would be hyperbolic to treat it as a cold case which was just resolved until Jin deliberately re-appeared.

However, with the drama’s promising development, we can let it slide as the focus shifts to the looming hostilities between the Seo brothers.

The trailer videos for Episode 10 encapsulate this climactic clash of emotions we cannot afford to miss.

K-Drama Premiere: “When I Was The Most Beautiful” Whirls A Woman’s Journey To Claim Her Rightful Love & Dream