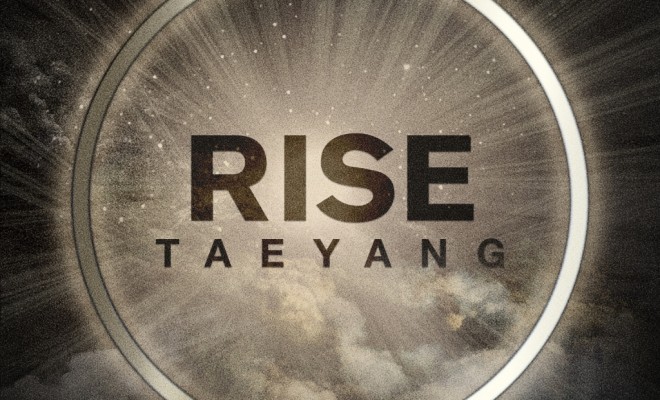 Why Taeyang’s “Rise” is a Chart Topper

Chief Executive Producer Yang Hyun-Suk: “All songs on the album are excellent enough to be titles’ tracks (singles)”. 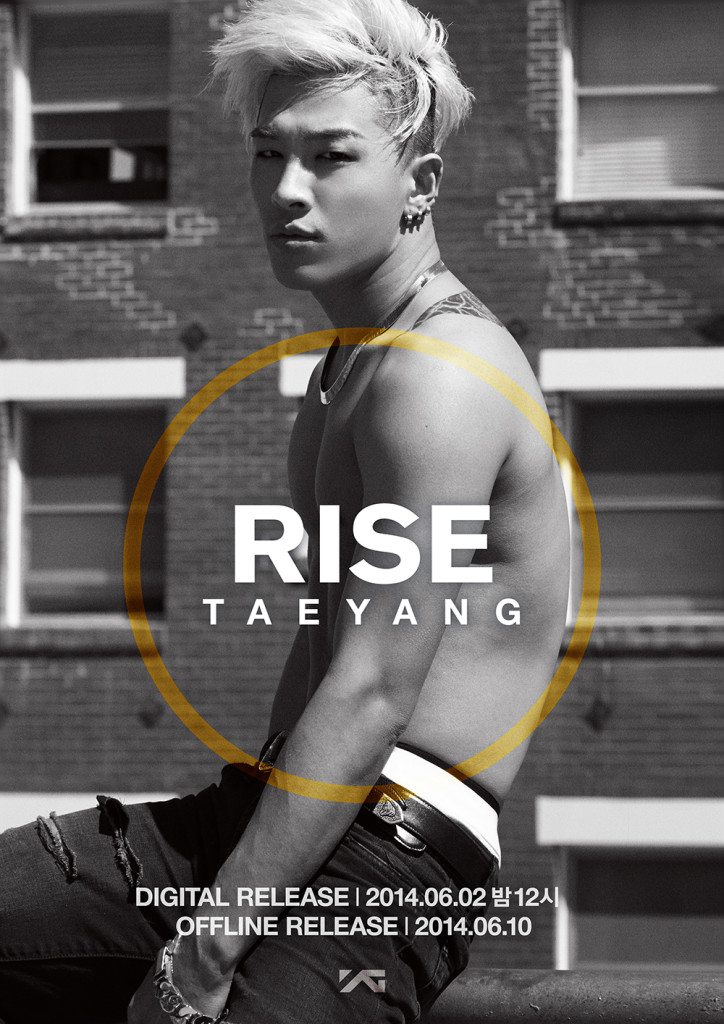 Lead singer of BIGBANG, Taeyang, dropped his 2nd full length album in four years entitled Rise on June 2 along with the music video for his lead single, Eyes, Nose Lips. The album immediately went #1 on iTunes in Hong Kong, Malaysia, Indonesia, Philippines, Singapore, Thailand and Taiwan, while topping the R&B/Soul charts in UK, Canada, Australia and New Zealand. The album currently stands at #11 on the US iTunes Album Charts. Four years were spent in the making of the album and YG Entertainment’s Chief Executive Producer Mr Hyun-Suk Yang stated that “All songs on the album are excellent enough to be titles’ tracks (singles)”.

With his Eyes, Nose, Lips MV, Taeyang makes a statement by stripping himself off gimmicks and flashy elements yet for a minimalist adult-R&B approach. The video which has achieved just short of 1.5 million YouTube views just 24 hours after its release is seemingly shot in one-take and focuses on Taeyang’s emotional delivery. As the track progresses, so does the instrumentation and visual effects by way of a woman’s face on a billboard being set in flames before the intense bridge and final chorus. 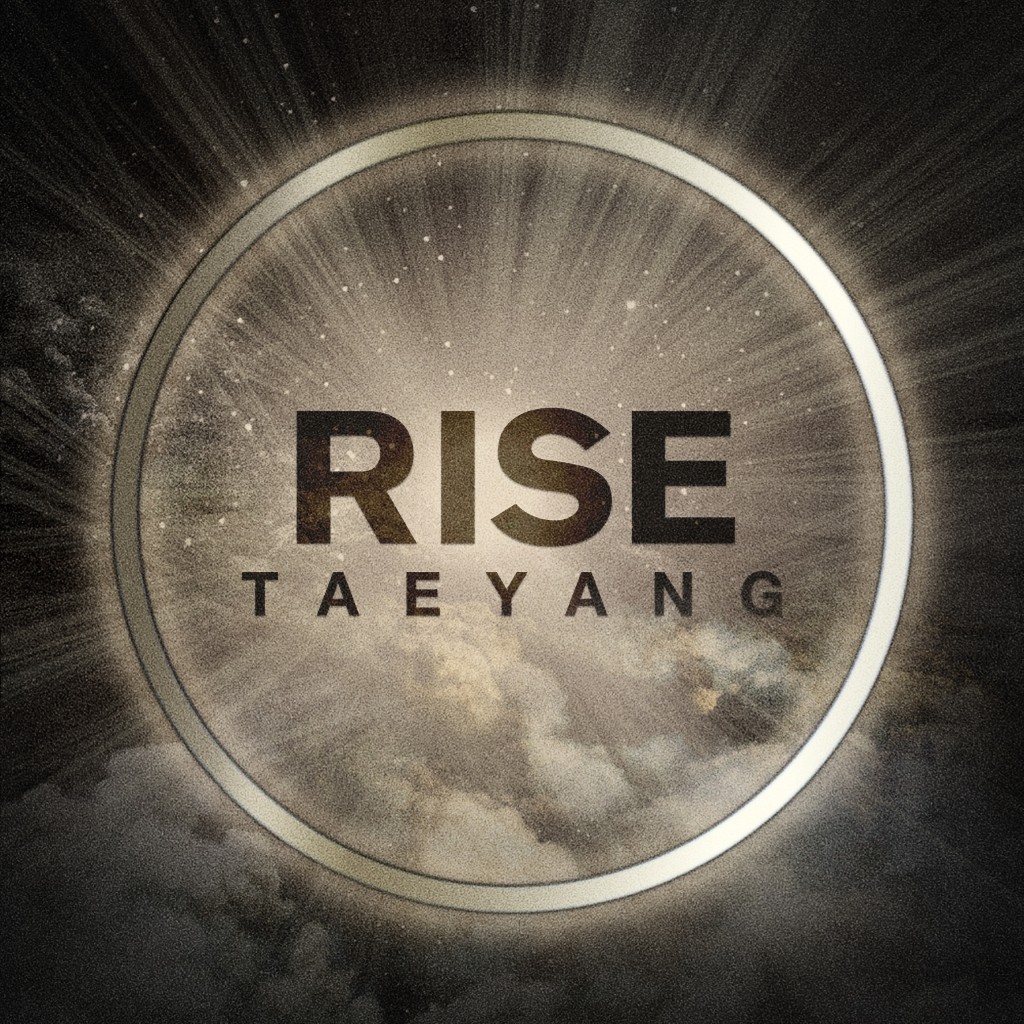 Rise is mostly focused on R&B but also incorporates hip-hop, dance and even gospel with 5 of the albums tracks co-written by Taeyang. Rise also features international producers Happy Perez, Boys Noize and The Fliptones in addition to YG’s in-house producers, TEDDY, Choice 37, DEE.P, PK and AIRPLAY.

Participation of YG Family CL of 2NE1 lends a small cameo on the dance track Body while fellow bandmate G-Dragon raps on the hip-hop/R&B track Stay With Me. G-Dragon also co-wrote 2 of the albums track including Tablo from Epik High, making this album a true collaboration and YG Family affair. 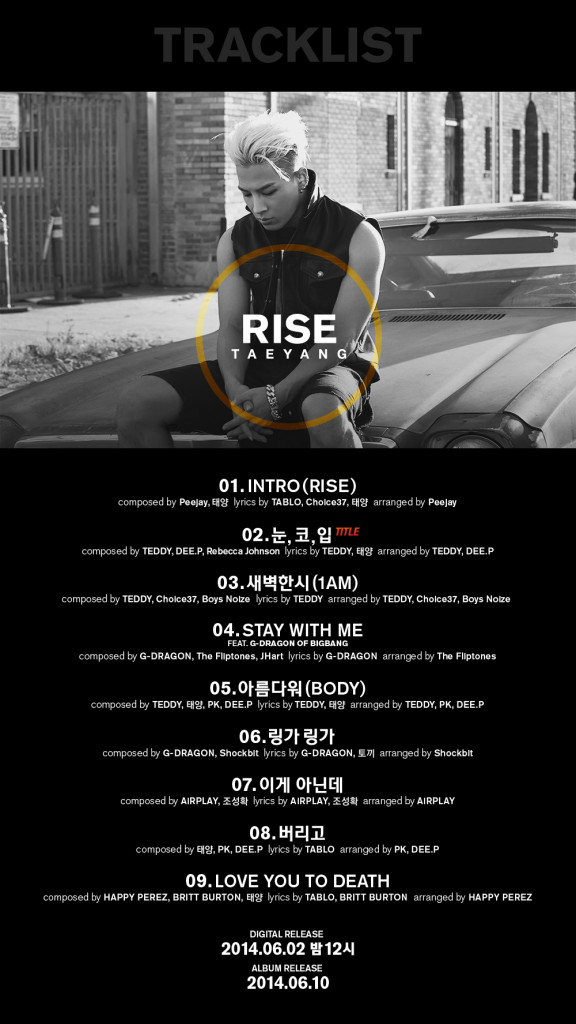