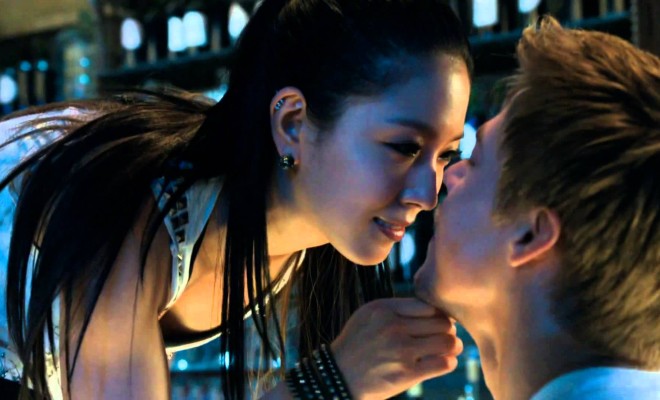 BoA’s Make Your Move is now on DVD and Blu-ray, and you could win 1 of 5 copies from us!

For this exciting release, we have teamed up with Sony Pictures Home Entertainment to celebrate BoA’s Hollywood debut.

We have selected five random times where we will pick the last comment or retweet to win this awesome DVD. The competition will run until 12AM July 26 KST (Friday).

The DVD/Blu-ray was released on July 22 and includes bonus materials such as a  “Making the Moves” featurette, deleted scenes and some interesting commentary by the writers and director of the movie.

Exclusive clip of BoA talking about the movie:

Shot in various locations in the USA, which included New York City, the trailer promises viewers a plethora of wicked choreography, intense chemistry between the two talented leads, along with pulsating beats and lights that steps up the energy of the production.

Initial previews were shown during KCON 2012, including songs from the film’s OST.  BoA’s labelmates such as Girls Generation, TVXQ, EXO and f(x) contributed songs to the soundtrack. According to the previews, TVXQ’s Yunho makes a special cameo in the film as well, performing to an English-remastered version of a TVXQ song.

Make Your Move 3D is distributed by Lionsgate Films in collaboration with SM Entertainment and CJ E&M Entertainment, and is directed by Duane Adler, who co-wrote the scripts for other dance-themed movies such as Step Up and Save The Last Dance.

The music is pumping, the dance floor is moving and Donny (Derek Hough) stops when he sees Aya (BoA) performing with her hip-hop Cobu crew on stage at Static, the hottest underground club in New York. They come from two different worlds, but they speak the same language – dance. Against all odds, they come together and show the world what they’ve got.

FacebookTwitter
SubscribeGoogleWhatsappPinterestDiggRedditStumbleuponVkWeiboPocketTumblrMailMeneameOdnoklassniki
Related ItemsBoAmake your move
← Previous Story Quiz: What Kind of Korean Pop Culture Fan Are You?
Next Story → 7 Reasons Why TAEYANG Will Be An Awesome Dad