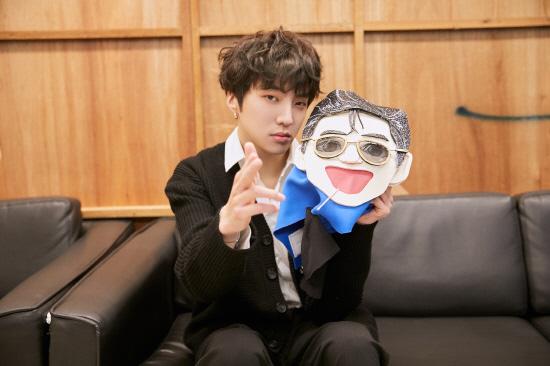 Scoring six crowns, Seungyoon marked his territory so far with the most number of wins in the show this season. He is also the youngest artist hailed as the King of Mask Singer. Such notable feats complement the celebration of his decade-long growth in the entertainment scene. 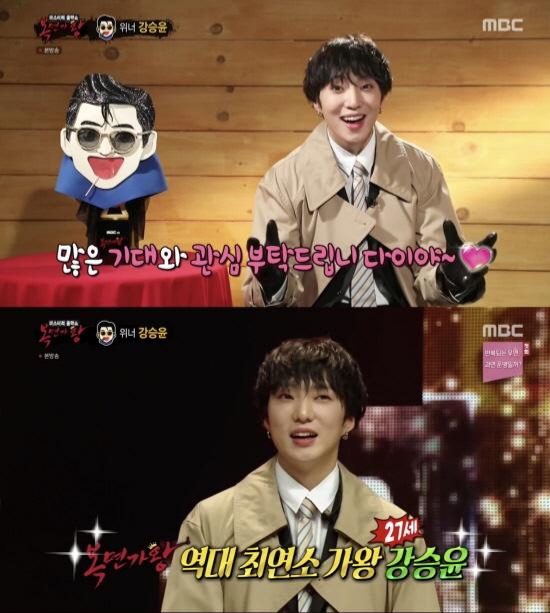 His highly-lauded performances also cemented a notable achievement representing idol groups in the singing competition show. Praised for his emotional storytelling, Seungyoon translated a variety of love and life messages through the songs he performed.

Today, let’s trace the wondrous music stages performed by Seungyoon and be awash with the melodies he created as Chow Yun Fat in King of Mask Singer. 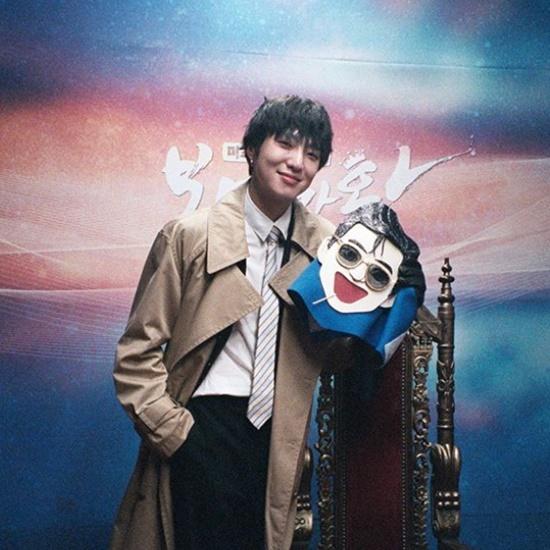 In the first round, his duet with Rhythm Power’s Boi B delighted the audience. Their cover of “Short Hair”, a classic song from Cho Yong Pil, easily won the hearts of the celebrity panel and audience.

Tapping on his sentiments, Seungyoon’s Chow Yun Fat owned the song “Who Are You”, popularized by Sam Kim. He advanced to the last round defeating Crayon Pop’s Soyul.

Bursting with raw and heartfelt emotion, Seungyoon painted Kim Jin Ho’s “Family Portrait” with the colors of his voice. He resonated an unfeigned confession of respect and gratitude by a man to his father. The profound performance led to his first victory dethroning lauded vocalist So Chan Hwee, who then had been reigning with five wins.

Defending his crown, Seungyoon went on to perform two bittersweet love songs. Both impart the pain, anxiety and acknowledgement of breakups.

Impressively capturing the points to highlight in the songs, WINNER’s leader encapsulated each line he crooned with tender cadence.

Wary of the disheartening mood brought about by the coronavirus scare, Seungyoon picked a timely piece to uplift hopeful spirit. He wrapped his encouraging drive as he sang YB’s “Blue Whale”.

Challenging Jaurim’s fan favorite track, “Twenty-five, Twenty-one” – Seungyoon notched a convincing mark on why he was on a winning streak. His impeccable gift to narrate the message of the song through his voice manifested effortlessly. Thereby, treating the viewers with a sweet serenade of the stunning music.

Leaving the fans of the show with another impressive performance, WINNER’s Seungyoon belted his cover of Boohwal’s “Lonely Night”. The parting gift highlighted his dedication to bring out the emotions and message of the song through his sincere storytelling on the music stage.

Viewers would surely miss Seungyoon. But at least he has left ample music memories in the show.

In the interview after the show, Seungyoon shared his grateful message on the experience he received.

He said, “It is the 10th anniversary of our debut, so it was an important time this year. It is a time for me to be proud and be healed as I thought that I was an artist who could go further and gain personal confidence as I became the King of Mask Singer.”