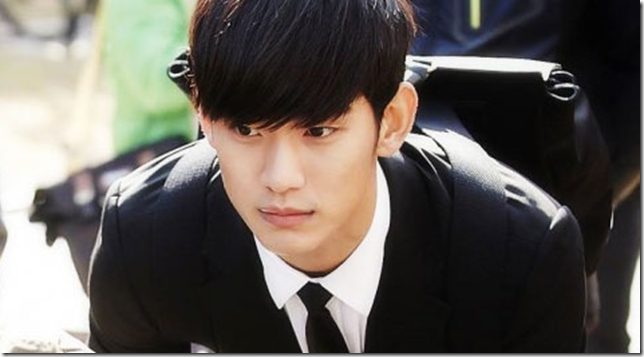 By Adrian | May 28, 2014
FacebookTwitter
SubscribeGoogleWhatsappPinterestDiggRedditStumbleuponVkWeiboPocketTumblrMailMeneameOdnoklassniki

Recently, a devoted fan attracted attention for paying a whole page colour advertisement in the Sunday edition of the Chosun IIbo to wish good luck for actor Kim Soo-hyun at the Baeksang Arts Awards, and at a hefty price which may have cost over W$10 million (estimated US$9,788).

The ad read: “Dear Soo-hyun, love and support you forever! I wish Soo Hyun get awards on the 50th Baeksang Arts Awards. Cecilia.”

When contacted, Kim Soo-hyun’s agency KeyEast representative said: “All we know is that a Chinese fan posted the ad. Even for us it is amazing to see that she did it”.

That is not all that we know of. It has become a trend that more and more fans are willing to contribute to advertising campaigns to congratulate their idols for various types of occasions such as birthdays, release of new album or new drama.

Last December, it was reported that Chinese fans placed huge ads of Girls’ Generation’s Yoona on the screen door of Myeongdong subway station to wish her good luck for her new drama Prime Minister and I. International and Japanese fans also supported actor Lee Jun Ki for his drama Arang and the Magistrate by putting up ads on subway stations.

Lee Yun-seong at an advertising agency Grida Partners revealed: “We’ve had an increasing number of fan clubs asking us to run ads. We do about five a month these days.”

A TVXQ fan club member discreetly explained: “We can write letters and give presents to our stars, but there is a chance that the star won’t see them. But if we run a big ad for the same kind of money, the star can see our message and it has a marketing effect too.”

Meanwhile, there are also other fans’ camps promoting their idols through a different way; by doing good deeds such as fans of f(x)’s Sulli who donated 500kgs of rice wreath and Park Yoochun’s fans from 26 different countries made donations in support of his drama I Miss You.

Just last week, our reporter Sun Lee was invited by the fan clubs of Girls’ Generation’s Sunny and Yoona in the Philippines to a charity event for a local orphanage which was hosted in honor of their idols’ birthdays. You can read more of the event here.

The question: would you pay a US$10,000 ad for your idol? Or what other meaningful contribution would you do?

– All others as linked