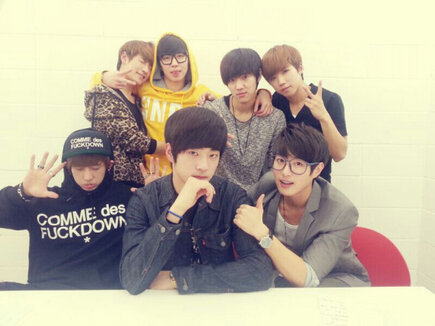 100%, the fully-charged boy group from TOP Media has just recently launched its official Facebook page in celebration of its 200 days and now 100% is invading Twitter.

On April 19, the staff uploaded a photo of 100% in the practice room.  The photo shows the members rehearsing for what looks like their choreography for 나쁜놈 (Bad Boy) and Guy Like Me(나 같은 놈): their singles from their debut album We, 100%. 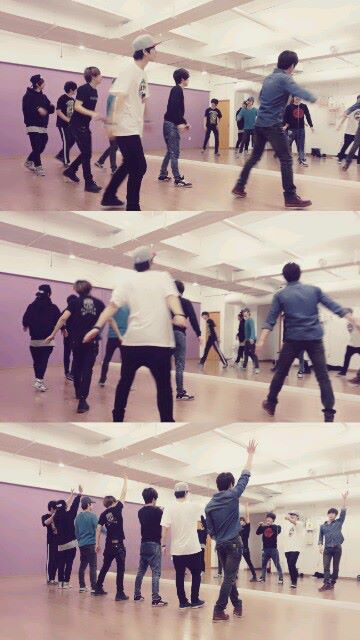 Although leader Minwoo has signed up for Twitter, with his first tweet back in 2010 and member Rokhyun following him a year after, it took the remaining members 232 days to join their ‘hyungs’.

L.Joe, a label mate from Teen Top, is the first TOP brother to officially send his birthday greeting for Chanyong via Twitter.  Teen Top and 100% have shown their closeness to each other through the variety show Teen Top and 100% Rising Brothers and it seems that they will continue online.

Are they going to perform a special stage for Teen Top‘s concert or are they preparing up for their comeback this year? Don’t forget to follow the Top brothers on Twitter!