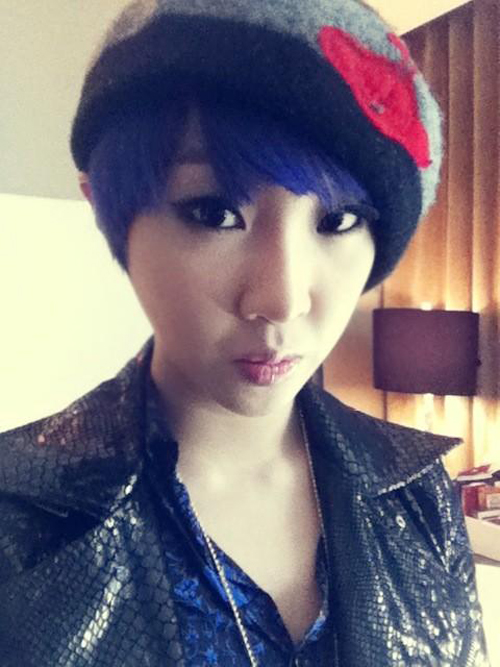 Gong Minzy revealed a surprising selca on her Twitter.

On November 14, 2NE1 member Minzy shared on her Twitter page, “BYE LA” with a selca of herself. The uploaded photo showed a drastic change of Minzy with her short cut dyed purple.

Following Dara‘s unique hairstyle and a change in Park Bom‘s short hairstyle, the maknae (youngest) member Minzy changed her hairstyle as well and is receiving attention as most of 2NE1 members had their hair done.

The people who came across this photo said, “Gong Minzy, this hair looks good on you”, “There’s a scent of woman coming from Minzy”, “2NE1’s drastic hairstyle change, where’s the end of it?”, “Out of all the girl groups, the group that tries new things often, 2NE1 is the best”.

On November 10, 2NE1 was part of the 2012 SBS K-Pop Super Concert in California, U.S.A and showed a incredible performance.