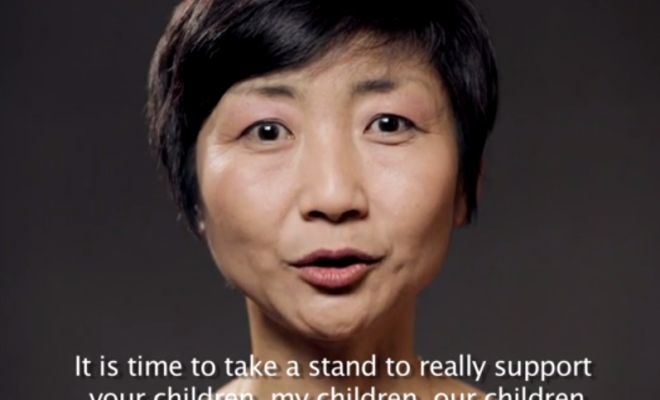 Meet this amazing woman named Clare Yoon, who gave a PSA about accepting gay children who come out.

“Too often, our children are shunned, ostracized and discriminated against in our community,” she begins, referring to the deeply conservative South Korea.

There has been slow progress with LGBT rights in the country, and many have been victims of discrimination.

Take Hong Suk-chon for example. He was a popular actor and entertainer until he became the first celebrity to come out as gay in 2000. He was then banned from TV and radio programs for three years.

Many LGBT people in South Korea suffer the same treatment. Same-gender couple are not allowed to marry, enter civil unions, and the law does not protect them from discrimination.

Clare Yoon, whose own son came out as gay, said she was proud of her son.

The PSA by Yoon urged people to share stories about love and acceptance of LGBT children.

Yoon sums it up well: “After all, family is still family.”