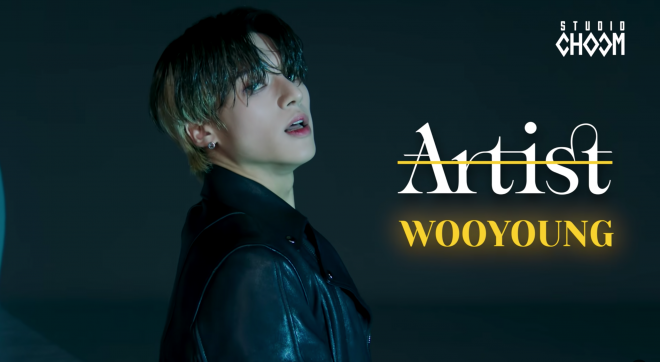 ATEEZ Wooyoung hits a major milestone for his recent feature as Studio Choom’s Artist of the Month. During the video, the artist covered Christopher’s “Bad”, highlighting his unrivalled dance skills through sensual but clean choreography. 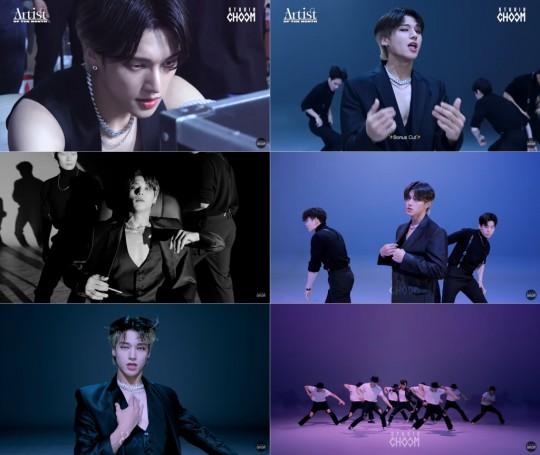 Released June 20, the video soon soared in views as ATINYs rushed to watch the video. In his cover, Wooyoung delivered two looks for fans. One showed the artist in a sleek black suit, delivering a similar atmosphere as a noir film. Contrastingly, the artist also boasted a more boyish appeal in a leather jacket, white t-shirt, and jeans.

In particular, Wooyoung mesmerized fans with his powerful dancing. He delivered the seductive appeal of the choreography while portraying delicate body lines and sharp, intentional moves. Additionally, the artist elevated his performance by portraying intense facial expressions that changed throughout the stage to match the lyrics.

Upon its release, the cover topped YouTube’s Trending Worldwide videos. Furthermore, it dominated real-time trends on Twitter across the globe, including in Brazil, Chile, Colombia, and Bolivia.

The ATEEZ member recently expressed his gratitude to fans during the group’s first-ever Twitter Space. Wooyoung stated, “Thank you for liking it ATINY, as much as the effort many people put into preparing it.”

Moreover, Seonghwa, who visited on-set filming, expressed his awe at seeing Wooyoung’s work. He explained, “I got goosebumps when I saw the scene staff applauding Wooyoung at the end of each cut.”

Meanwhile, ATEEZ continues gifting fans with a variety of content. Most recently, the group participated in the 2021 PEPSI TASTE OF KOREA CAMPAIGN. ATEEZ collaborated on the project’s track, “Summer Taste”, as well as the music video, which was released July 14.