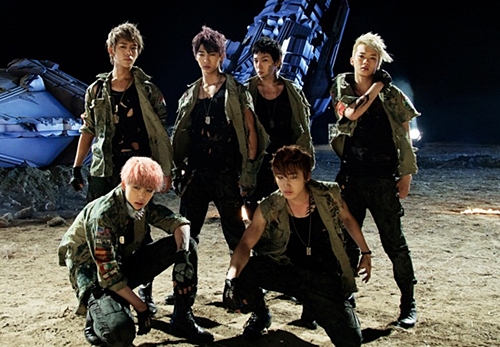 The members of B.A.P have been receiving lots of love lately from overseas for their latest track No Mercy. TS Entertainment reported on August 21 that B.A.P surpasses the top Asian artists to place first on Germany’s Asian music chart. The band recently received a congratulatory message from the manager of the music charts in honor of their accomplishment. The agency said:

In addition to achieving success in Germany, B.A.P was also noted to achieve first place on Taiwan’s G-Music K-pop charts with No Mercy on July 19.