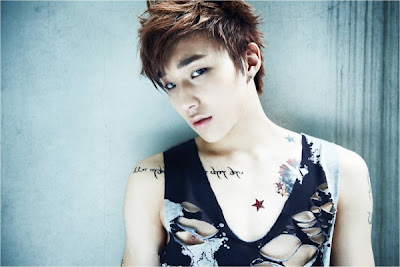 Having just debuted at the beginning of this year, B.A.P recently embarked on their first Asia Tour with a showcase in Malaysia where the members performed a showcase of their hit songs and showed off individual skills.

The rehearsal footage from Jong Up‘s own solo stage has now been uploaded onto TS Entertainment‘s YouTube channel. His stage featured dancing to a medley of songs by Michael Jackson. Check it out below!

Hellokpop, as an independent Korean entertainment news website (without influence from any agency or corporation), we need your support! If you have enjoyed our work, consider to support us with a one-time or recurring donation from as low as US$5 to keep our site going! Donate securely below via Stripe, Paypal, Apple Pay or Google Wallet.
FacebookTwitter
SubscribeGoogleWhatsappPinterestDiggRedditStumbleuponVkWeiboPocketTumblrMailMeneameOdnoklassniki
Related ItemsB.A.P.Jong UpTS Entertainment
← Previous Story 2NE1 release ‘I Love You’ dance practice video
Next Story → NU’EST leave fans messages through MelOn