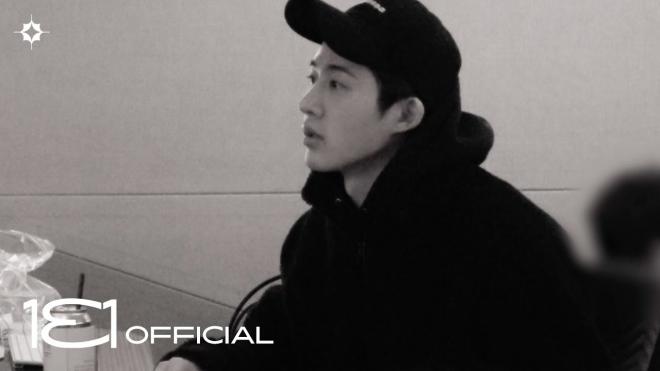 B.I Gets Candid About Artistry In “BTBT” Song-Making Content

By Kirsten | May 22, 2022
28
SHARES
FacebookTwitter
SubscribeGoogleWhatsappPinterestDiggRedditStumbleuponVkWeiboPocketTumblrMailMeneameOdnoklassniki

B.I shares his earnest sincerity as an artist during the “BTBT” creation-process commentary.

Showing a more intimate and honest portrayal of the song-making process, B.I shares moments of trial and triumph during the “BTBT” creation behind-the-scenes YouTube video. As an all-rounder talent, B.I continually impresses his fans with each musical release, though the road to producing such projects is not easy. B.I’s latest YouTube video is evidence of that.

The artist recently made his comeback with the pre-release single, “BTBT”, from his upcoming global album project, LOVE OR LOVED [L.O.L]. The high-aiming track includes global stars such as Soulja Boy and emerging domestic singer, DeVita.

While B.I’s projects are continuously melodic, skillful delights representing the magic of worldwide music, the process of its creation is more challenging than its polished finishes would lead fans to believe. During the commentary video, while discussing his upcoming global project more broadly, the artist admitted that he encountered many difficulties.

B.I explained, “…I’ve been stuck in a rut. I’ve worked hard to create a song or two every month but…I feel that none of them really pleases me? …I yearn for something new yet it’s been so difficult.”

Regarding the pre-release single specifically, B.I stated, “‘BTBT’ is about the youthful feeling of being stuck in between love and resistance. Yet you still lean more towards love…The song is speaking about the love that lives amidst passion and resistance.”

In this manner, the single’s meaning strongly resonates with the message of BI’s upcoming EP as a whole, which he states, is “like breaking the mould.”

Notably, B.I also shares more vulnerable discussions about his struggles as an artist in full.

In a heartfelt moment with a staff member, the artist reminisces on the moments when he had nothing but his passion for music and sincerity to continue. B.I also shared his gratitude for those who have always supported him, stating, “I’m so grateful that they believe in me. I’m grateful they comfort me and that I can depend on them.”

B.I will continue to convey his earnest messages as an artist in his upcoming global album, LOVE OR LOVED [L.O.L].