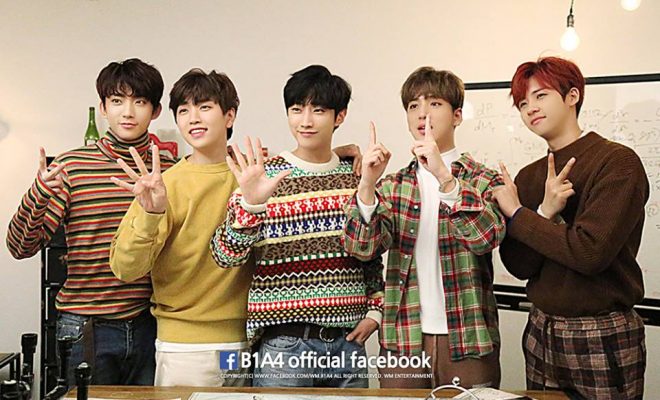 Korean boy group B1A4 had fun pulling a prank on its leader Jinyoung after the group’s A Lie comeback stage on ‘Inkigayo’.

In a video uploaded on the group’s V App channel, Jinyoung was having a mental breakdown searching for his cellphone. “Jinyoung loses his phone everyday,” rapper Baro commented. 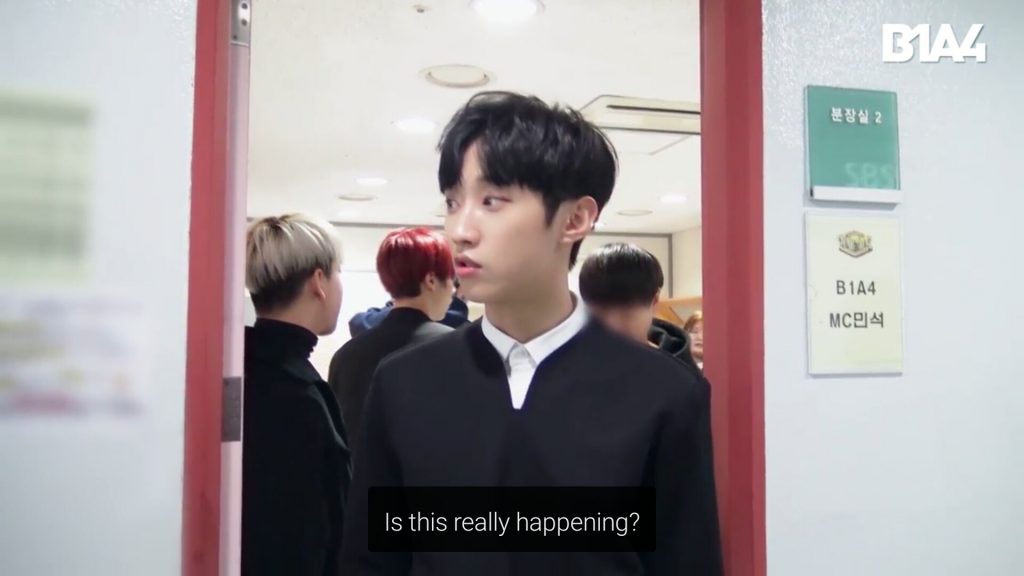 The leader then began searching his members, beginning with vocalist Sandeul. The latter fervently denied having known the location of the cellphone in question. Despite Sandeul’s denial, Jinyoung was persistent in suspecting his member of stealing his phone.

Having seemingly lost his senses, Jinyoung blankly asked, “What’s happening?” The manager soon became Jinyoung’s next suspect. However, he still failed to find it. The idol was roaming in and out of the waiting room and searching all corners including his members’ bags. 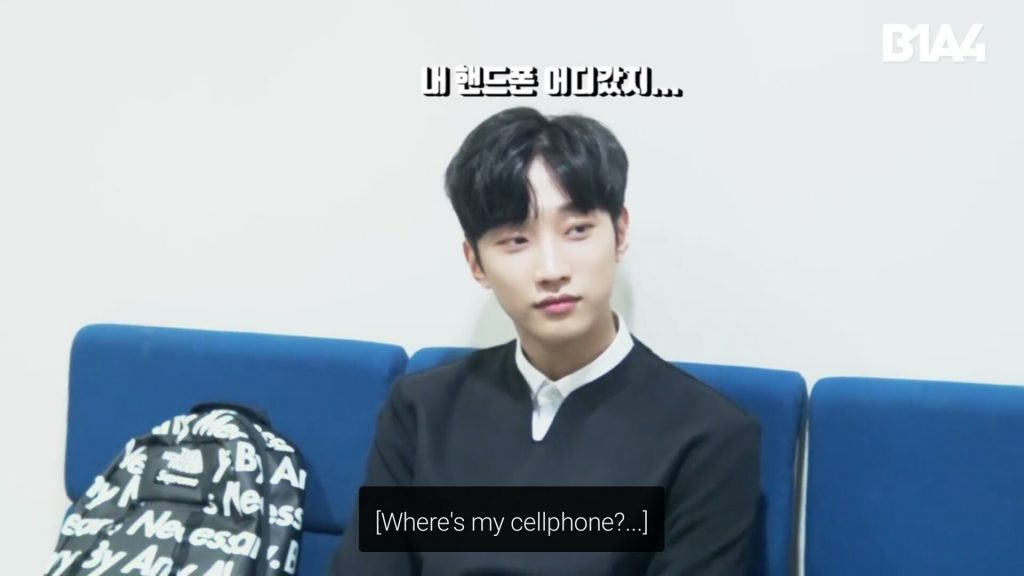 “Jinyoung still can’t find his phone,” Gongchan sang. Sandeul soon chimed in and began a duet with Gongchan.”Give me my cellphone!” screamed Jinyoung to no one in particular. However, he seemed to lost hope and sat down next to Baro.

“I did not lose it. Someone stole it from my back pocket,” the leader explained. “No, it wasn’t there,” Sandeul said, earning suspicion from Jinyoung. Baro then advised his hyung to wear his phone around his neck so people will not hide it from him. 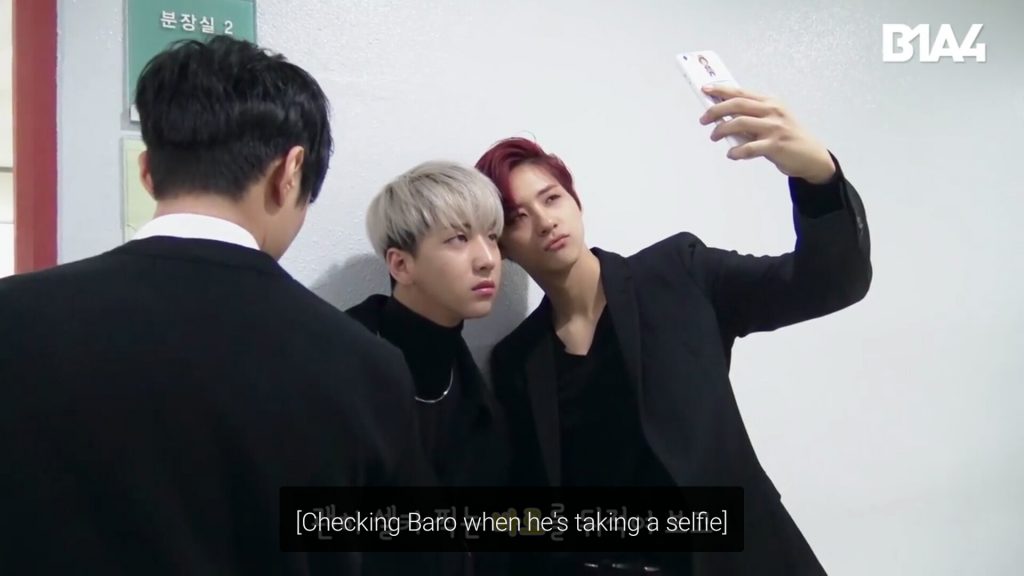 The manager once again became Jinyoung’s suspect. He pulled the manager and began searching every part of him. “I can’t leave until I find my phone,” he said. He then went back into searching Baro who was in the midst of having a selfie with CNU.

Despite this, Jinyoung failed to find his phone. It turned out his phone was in the hands of his playful members who were all relaxed and singing as their leader was having a mental breakdown. 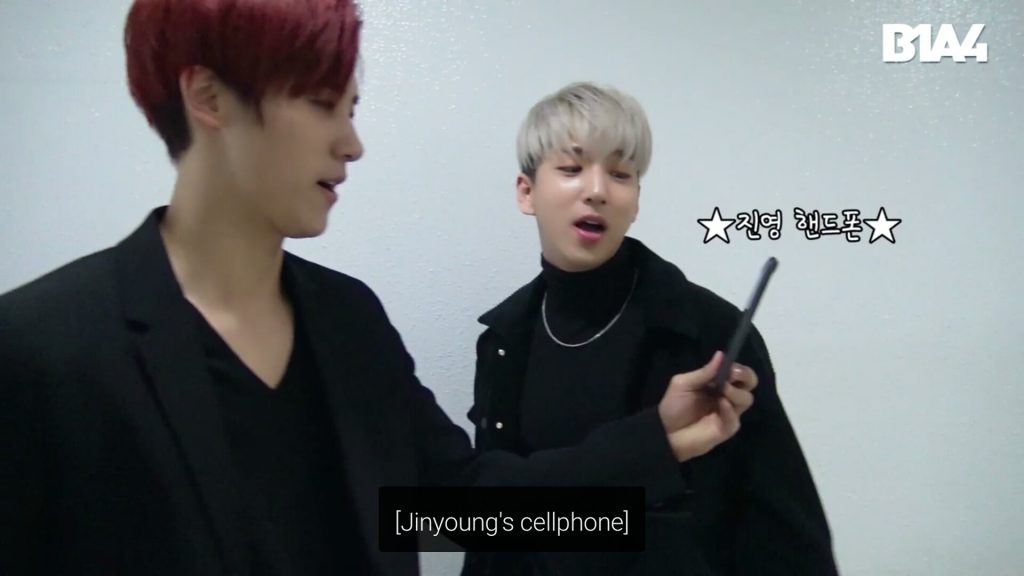 In the end, Jinyoung left the waiting room with his members. The location of his phone was still unknown to him. “After a long period of time, Jinyoung’s cellphone was returned to him,” stated the video’s ending line.