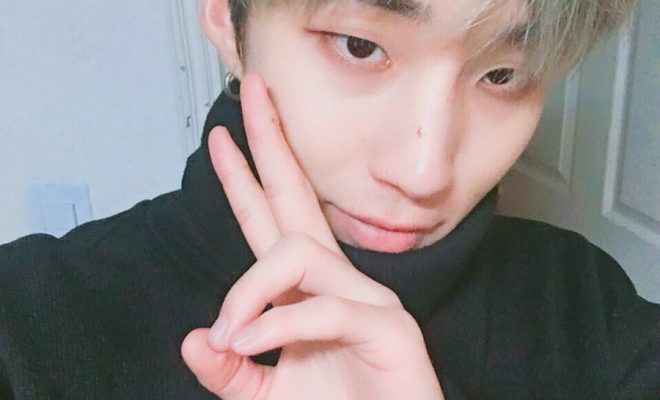 “I woke up in the middle of the night and saw him standing in front of me naked,” shared Daehyun. According to him, he and Jongup went out for drinks with the director, dancers, and band members that night.

“We made eye contact,” Daehyun proceeded. He then asked Jongup what he was doing standing naked in front of him. “I thought you were sleeping,” Jongup responded. The other members burst out laughing at the episode.

Youngjae commented that Jongup is cute when drunk. He revealed that he almost hit Jongup when they used to share a room. “He got drunk and bothered me, so I yelled at him,” he added.

Himchan echoed his members’ sentiment on the group’s main dancer’s drunken behavior. “I almost beat him when he annoyed me the other day,” he said.

According to Himchan, Jongup promised to attend a concert with him. But then, Jongup went back to the dorm late and drunk.

Himchan then told his member to wake up by noon. “He said, ‘I don’t know!’ I told him, ‘Forget it! I’ll bring someone else’,” shared Himchan. Jongup then answered back , “Why are you so mad? You’re annoying!”

When asked about the situation, Jongup denied the accusations. “That wasn’t me, not me,” he said, making his members laugh.

B.A.P will kick off its ‘2017 WORLD TOUR: PARTY BABY’ in Seoul, South Korea on March 24. The group will also headline ‘One K Global Peace Concert’ at Mall of Asia Arena on March 2 alongside CNBLUE, AOA, B1A4, BTOB, SHINee and Psy.