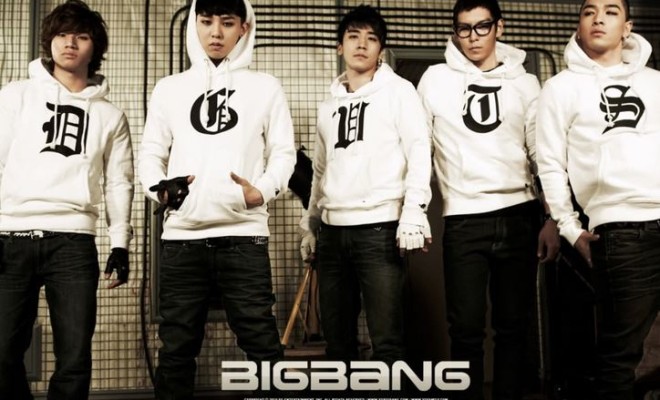 BIGBANG is the most subscribed K-pop idol band on YouTube

BIGBANG has reached three million subscribers on YouTube – the first idol band to do so!

As a leader of the Hallyu wave, BIGBANG often tops popularity charts and is also ranked among the highest on other SNS channels, too: their YouTube view count of 944 million views also places them first among idol bands, and they also top the list of Facebook celebrities among bands (and overall #3 among Korean celebrities) with 8.4 million followers. Leader G-Dragon is also the celebrity with the most followers on Instagram.

The band’s Fantastic Baby MV has reached 112 million views on the video platform, too, making them first among male bands to have such a high view count on an individual music video.

If you have not subscribed to BIGBANG yet, you can do so at their official channel.

Hellokpop, as an independent Korean entertainment news website (without influence from any agency or corporation), we need your support! If you have enjoyed our work, consider to support us with a one-time or recurring donation from as low as US$5 to keep our site going! Donate securely below via Stripe, Paypal, Apple Pay or Google Wallet.
FacebookTwitter
SubscribeGoogleWhatsappPinterestDiggRedditStumbleuponVkWeiboPocketTumblrMailMeneameOdnoklassniki
Related ItemsBIG BANGBigbangFantastic BabyG-dragonHallyurecordsubscribersview countYG EntertainmentYoutube
← Previous Story Watch: How To Sing Like G-Dragon, According To TAEYANG
Next Story → Super Junior M’s Henry Recreates a Song And It’s Amazing