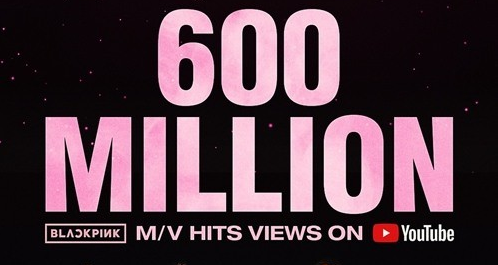 BLACKPINK’s debut song “Whistle” surpasses 600 million views on YouTube. This is the seventh music video from BLACKPINK to reach this achievement, including top tracks like “DDU-DU DDU-DU”, “Kill This Love”, “BOOMBAYAH”, “AS IF IT’S YOUR LAST”, “How You Like That”, and “PLAYING WITH FIRE”.

The famed quartet sets the record for most music videos with over 600 million views and is on track to break their own record as Jennie’s individual release, “SOLO”, quickly approaches the 600 million mark. 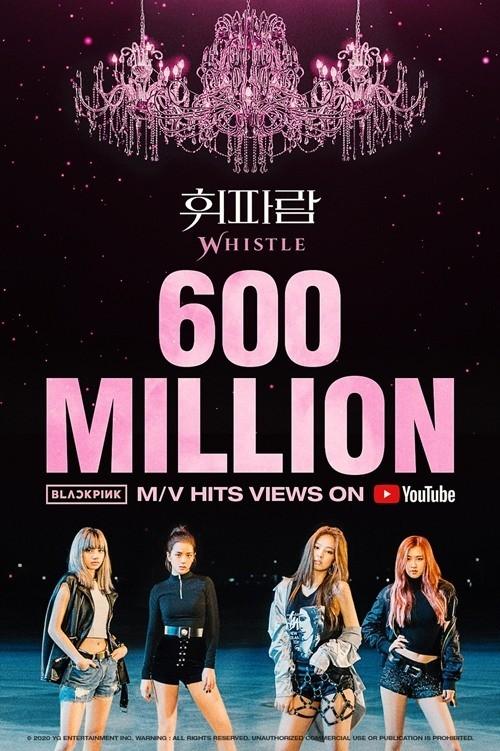 BLACKPINK quickly impressed the industry and K-pop fans alike by debuting with “WHISTLE”, one of two title songs off of their debut single album SQUARE ONE. In particular, its music video amassed great attention for the colorful sets and the sophisticated styling of the members. Additionally, the members’ strong visuals and unique sound captured the hearts of domestic and foreign fans.

Following its release in August 2016, the song claimed a “Perfect All Kill” across music streaming sites on real-time, daily, and weekly charts. Moreover, it climbed the ranks of music charts for 16 days.

As rookies, BLACKPINK notably ranked first on iTunes in over 14 countries. The track’s early popularity was an indication of the success to come for BLACKPINK.

BLACKPINK continues their record achievements, breaking the top rankings of K-pop artists in the global music market. This includes the US Billboard chart as well as the UK Official Chart. Moreover, the group displays their worldwide influence through their YouTube popularity, which has become a leading platform for the worldwide pop market.

Meanwhile, BLACKPINK is in the preparation stages for their live-stream concert titled, THE SHOW. YG Entertainment’s new event division, YG PALM STAGE, will collaborate with YouTube for the event. The digital concert will occur on January 31.