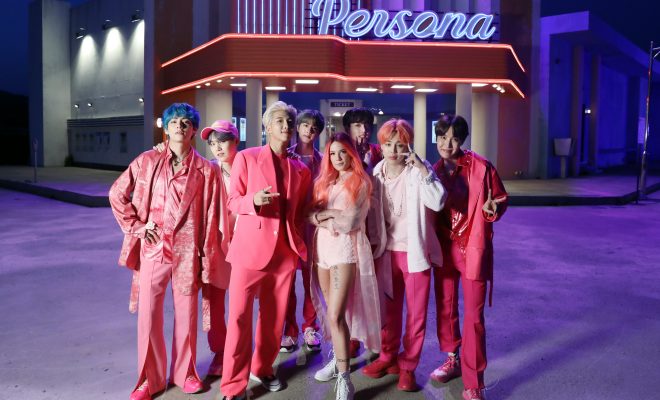 BTS, ARMYs, and Halsey have bagged a new milestone!

Raking various feats in the music scene, South Korean boy group BTS continues to impress as they add yet another achievement in their long-list of accolades. 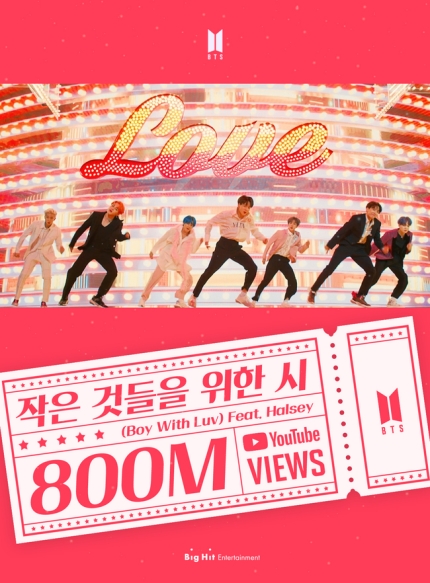 In the morning of June 4, the K-pop septet’s music video for their record-breaking track “Boy With Luv” has officially reached the 800-million mark on YouTube. Remarkably, RM, Jin, Suga, J-Hope, Jimin, and V were able to obtain the amazing record in one year, eight months, and 22 days after the song’s successful release on April 12, 2019. 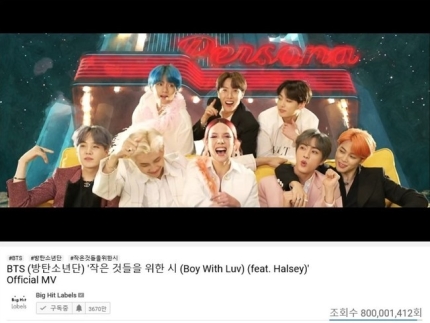 Additionally, it broke the group’s personal record as it now became their fastest music video to hit the said massive number of views. The first track of BTS that achieved the milestone was their 2017 well-loved song “DNA”. It also recently brought an impressive feat for them as it became the first K-pop boy group MV to surpass one billion views.

Meanwhile, in related news, the septet has been delighting fans by releasing various contents as a countdown for their highly-anticipated 2020 Festa to celebrate their seventh debut anniversary.

Hellokpop, as an independent Korean entertainment news website (without influence from any agency or corporation), we need your support! If you have enjoyed our work, consider to support us with a one-time or recurring donation from as low as US$5 to keep our site going! Donate securely below via Stripe, Paypal, Apple Pay or Google Wallet.
FacebookTwitter
SubscribeGoogleWhatsappPinterestDiggRedditStumbleuponVkWeiboPocketTumblrMailMeneameOdnoklassniki
Related Items#BoyWithLuv800M800 Million YouTube ViewsBoy With LuvBTSbts youtube방탄소년단
← Previous Story TREASURE’s Bang Ye Dam Receives Sweet Praises From His Senior Artists For Upcoming Single “WAYO”
Next Story → NATURE Sounds The Alarm For “Code M” With Otherworldly Teaser Photos