BTS and ARMY showed their power once again! 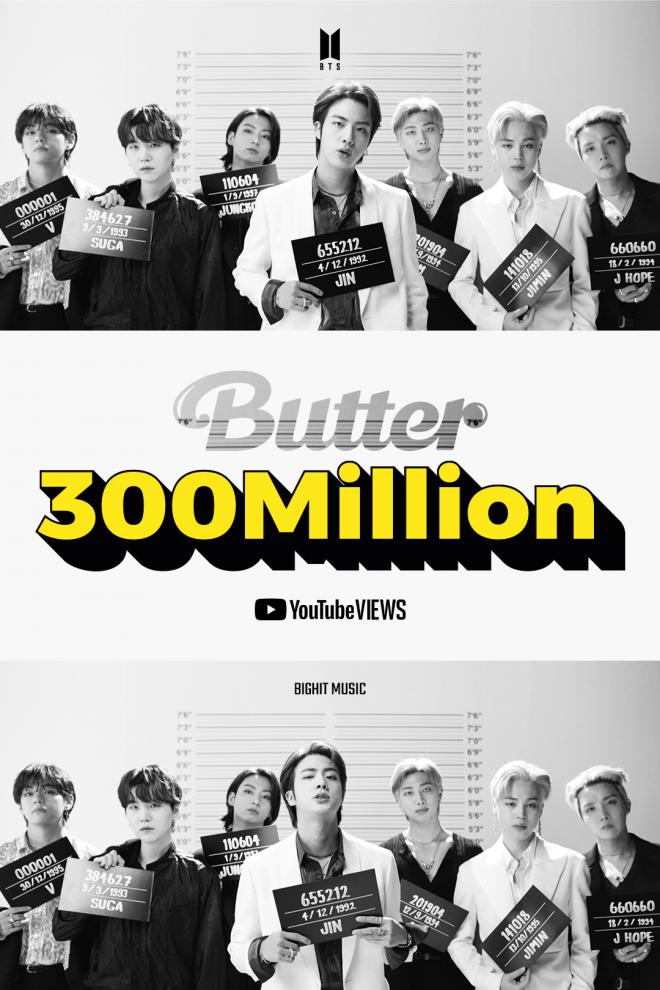 Earlier today, RM, Jin, Suga, J-Hope, Jimin, V, and Jungkook has officially surpassed the 300- million count on the YouTube platform with their 2nd English digital single “Butter.”  Remarkably, BTS achieved a new personal best record as it became their fastest music video to reach the impressive milestone. It only took them around 14 days and 10 hours to earn the achievement after its global release on May 21 at 1 PM KST.

Adding to their list of music videos with 300 million YouTube views, “Butter” became the group’s 16th overall MV to reach the milestone.

In related news, “Butter” debuted at the No.1 spot on Billboard’s Hot 100 chart. This is the fourth song of BTS to top the glorious chart. Moreover, the track ranked first on Billboard’s Global 200 and Global Excl. U.S. charts.

Celebrate BTS’ recent YouTube feat by watching their bright and exciting music video for “Butter” below: