BTS sets a new record on YouTube with “Dynamite” MV!

Keeping their dominance on the YouTube platform, Worldwide K-Pop sensation BTS has broken yet another amazing record online. 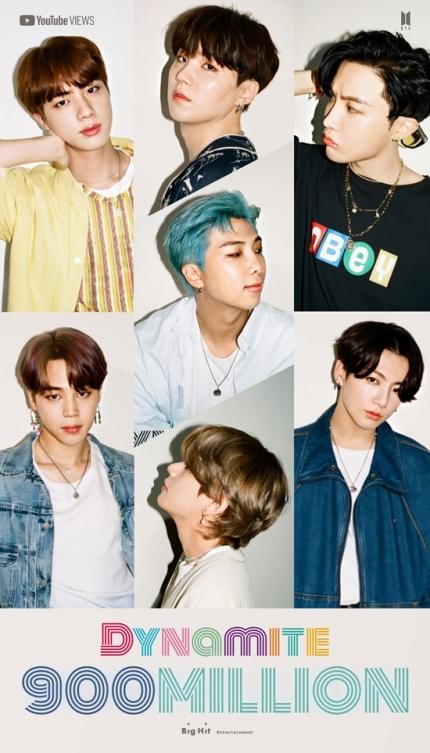 Recently, the septet’s official music video for “Dynamite” has successfully reached the 900-million mark on YouTube.

RM, Jin, Suga, J-Hope, Jimin,V, and Jungkook achieved the milestone in just around six months and 16 days. The boys released “Dynamite” on August 21, 2020 as their first English digital single. With its funky and pop sound, the group made this song to spread hopeful and positive message to  those who are struggling because of the challenges brought by the COVID-19 pandemic.

Remarkably, BTS’ “Dynamite” is now the fastest MV to hit the said massive view count. It has overtaken BLACKPINK’s “DDU-DU-DDU-DU” which held the record for one year and one month.

In addition, BTS has now three music videos to exceed 900 million views on YouTube. Aside from “Dynamite”, “DNA”, and “Boy With Luv” have also previously unlocked the milestone.

Meanwhile, in other recent news, BTS has been chosen as Billboard’s Greatest Pop Star in 2020. They are likewise crowned by the International Music Record Industry Association (IFPI) as the Global Recording Artist of 2020. Moreover, BTS is set to make their historic performance at this year’s Grammy Awards.