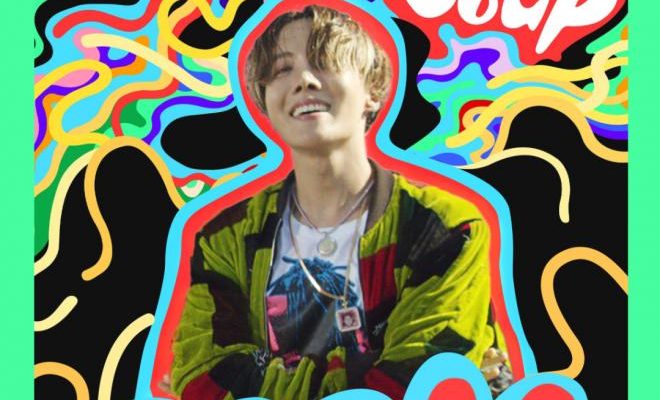 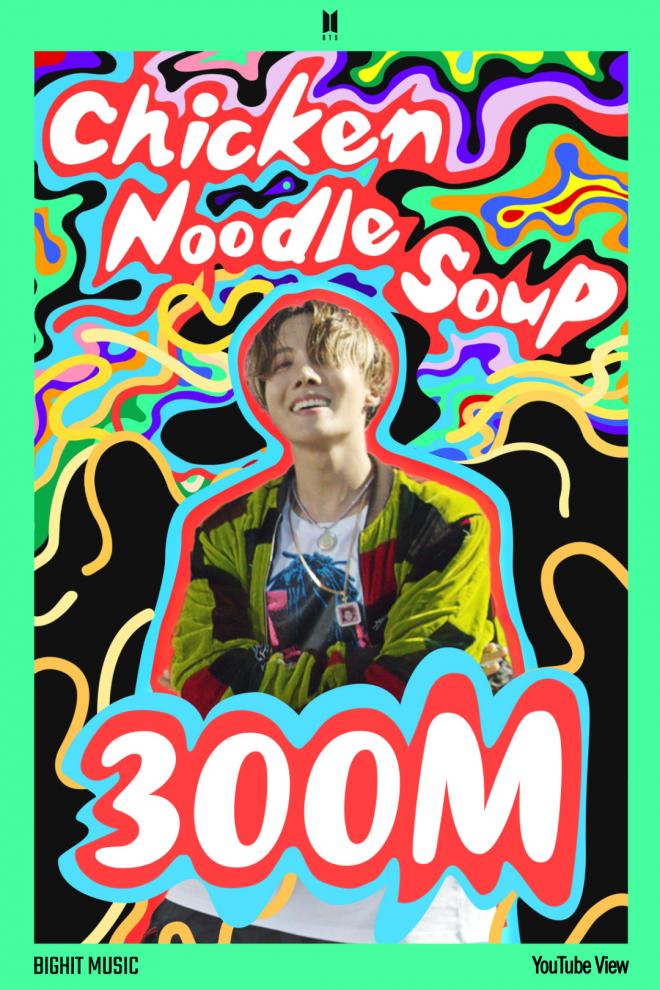 At around 6:19 AM KST today, the music video has officially reached the 300-million count on YouTube.

Notably, this is J-Hope’s very first music video to achieve the record. Specifically, he was able to attain the amazing milestone in just two years and two days since the MV’s release on September 27, 2019, at 6 PM KST.

“Chicken Noodle Soup” is a special collaboration between J-Hope and Becky G to recreate the original hit song by Webstar and Young B. Blending it with their unique style, the song is written in Korean and Spanish lyrics with some English lines. Moreover, the dance performance features 50 dancers of different nationalities.

Quickly after its release, the song received a lot of love from fans and was ranked number 1 in the iTunes Top Songs chart in 69 countries. Moreover, it debuted at the 82nd spot on UK’s Official Single’s Chart and landed at the 81st spot on Billboard’s Hot 100.