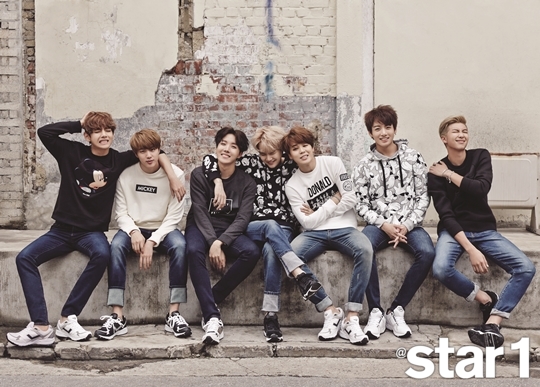 What is this? Is BTS gaining more and more American fans?

According to Billboard’s publication on May 15, BTS‘s new track, titled Not Today, made a huge stride on Billboard Twitter Top Tracks.

The song is reported to jump up by 23 positions from last week, subsequently notched up the first spot on the chart for the week of May 20. 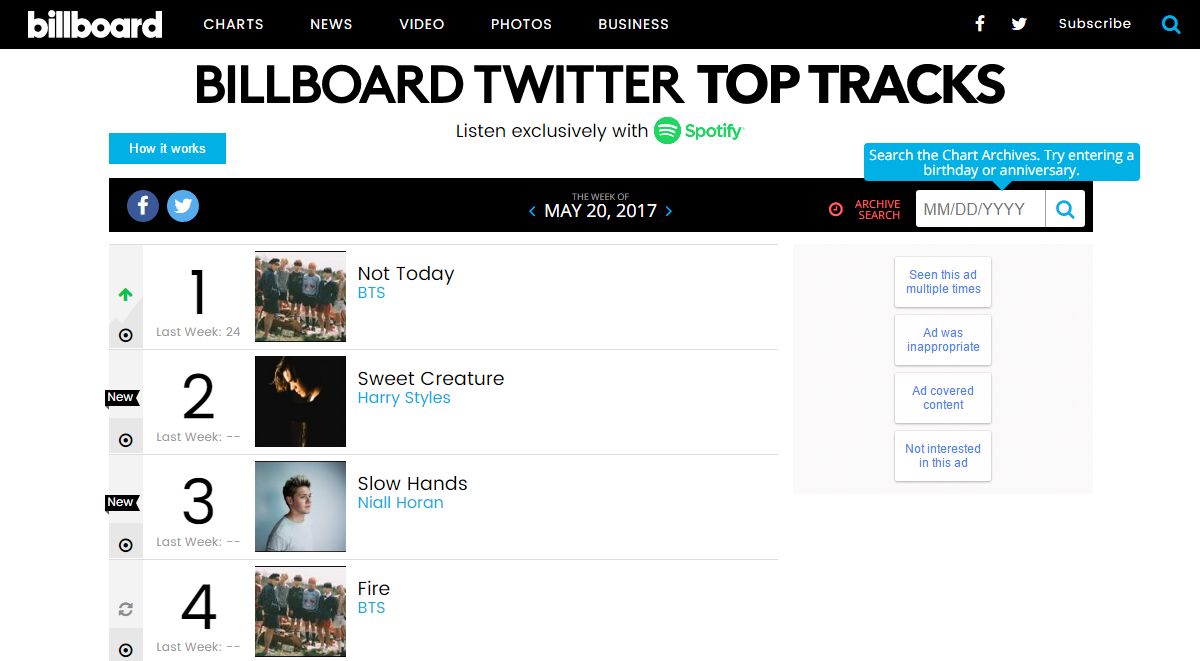 The group’s another song dubbed Fire also ranked #4 on Billboard’s chart this week.

Earlier on, the band entered the top 10 on Billboard’s Artist 100 chart. It is also the only Korean representative that is included in the nominee list for ‘Top Social Media Artist’, along with many global celebrities, namely Justin Bieber, Selena Gomez, Ariana Grande and Shawn Mendes.

The septet is scheduled to attend the Billboard Music Awards 2017. The event will take place at the T-Mobile Arena in Las Vegas, U.S., at 8 p.m. (local time) on May 21.

In another news, BTS recently took the first place on the brand reputation ranking list in a survey, carried out by Korea Reputation Center. The boys have secured the top position on the chart for seven consecutive months since November 2016.