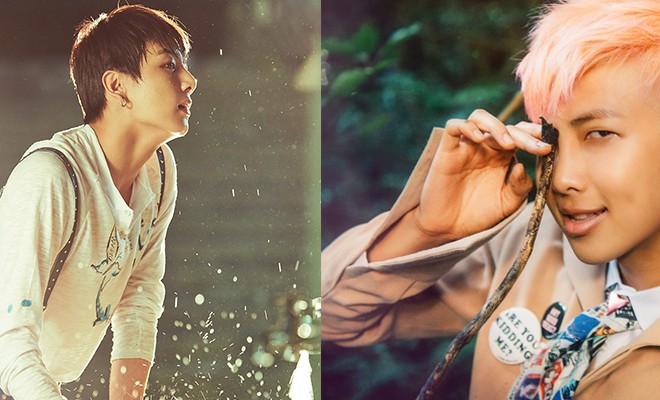 BTS’ Jungkook And Rap Monster Are ‘Fools’ In Latest Cover

On Christmas Eve, BTS’ Jungkook gifted fans a heartwarming cover of Tori Kelly’s Paper Hearts. It seems that BTS have another post-Christmas gift up their sleeves, and this time is a cover of Troye Sivan’s Fools by Jungkook and Rap Monster!

Posted on BTS’ official blog and Soundcloud account, the duo harmonize in tune with the piano instrumental for Fools. Jungkook’s sweet voice shines in the cover, while Rap Monster also shows off his vocal chops in the second half of the track. Ahead of the cover release, Rap Monster hinted at the song in one of his tweets back in October.

Amongst all the songs and covers BTS released in December, which one are our readers’ favorites?