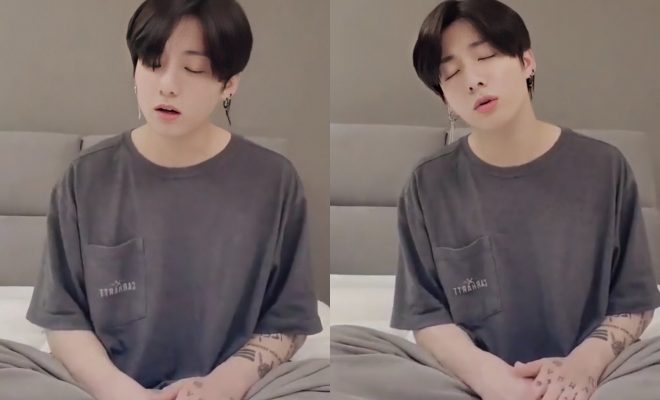 By Lilly | May 3, 2020
89
SHARES
FacebookTwitter
SubscribeGoogleWhatsappPinterestDiggRedditStumbleuponVkWeiboPocketTumblrMailMeneameOdnoklassniki

It was a welcoming surprise for ARMYs as BTS’ Jungkook presents them with a sweet song cover.

Jungkook may not be very active on social media but whenever he posts something, he always manages to wreck everyone and break the internet. Such was the scenario on May 3, when Jungkook made a long awaited return on Twitter by posting his song cover video of Lauv’s “Never Not”. 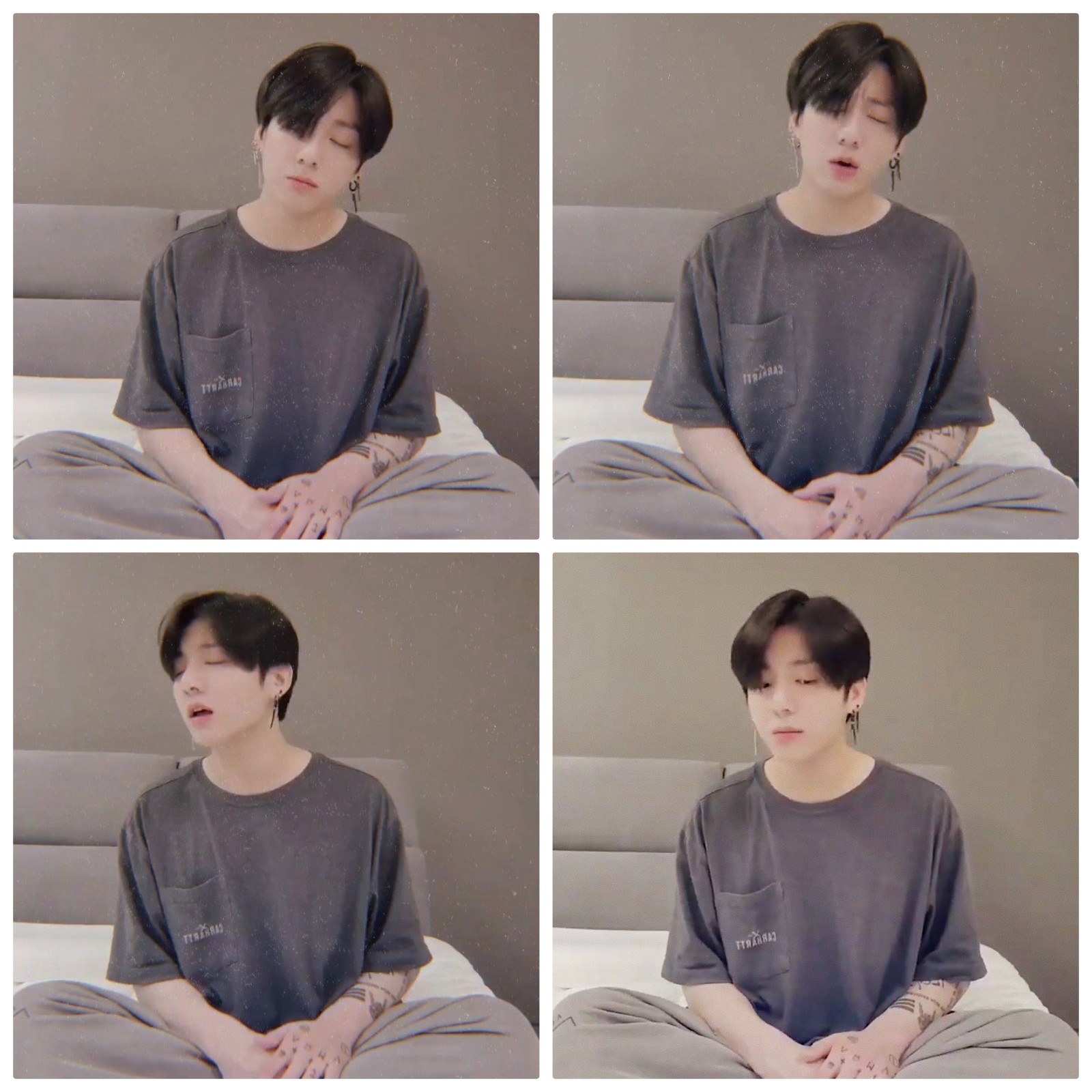 The post was made with the captions “Never Not” followed by a purple heart emoji. In the video, Jungkook delivers his rendition of the song with his golden vocals while also projecting the sincere emotions of the song. Notes on point and hypnotizing mellow tone, it was a perfect gift for ARMYs.

Lauv, the singer of the original song, noticed Jungkook’s cover and acknowledged him. Jungkook had also previously featured in Lauv’s song, “Who” along with BTS’ Jimin.

It was obvious that ARMYs were very happy on receiving this pleasant gift from Jungkook. Immediately after the video, various keywords related to Jungkook trended worldwide with “JEON JUNGKOOK” occupying the top spot.

In addition to that, the views for the video too, increased at a massive rate and had amassed more than 6.6 million views, 1 million likes and 461,000 comments in less than three hours.

This is not first time BTS’ Jungkook had mesmerized fans with his soothing song covers. Some of his famous song covers include Tori Kelly’s “Paper Hearts”, Charlie Puth’s “We Don’t Talk Anymore”, Adam Levine’s “Lost Stars”, Justin Bieber’s “Nothing Like Us”, IU’s “Ending Scene” and Lee Hi’s “Breathe”.