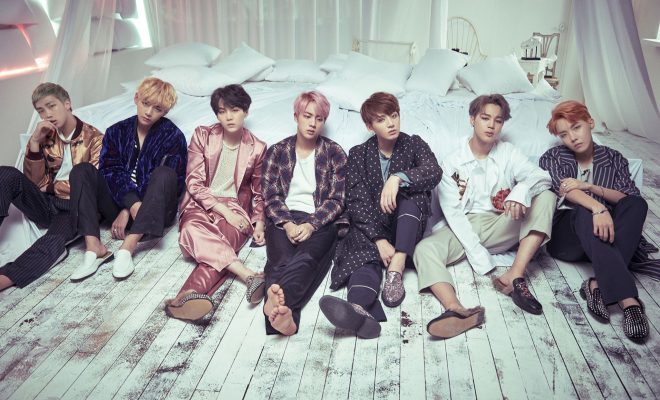 BTS, The Only Korean Artist Nominated In ‘The Shorty Awards’ – King Of Social Media For K-pop?

The 9th Annual Shorty Awards recognizes the best and the finest in the world of social media (Facebook, Instagram, Snapchat, Tumblr, Twitter and others), with three main categories for the awards; Influencers, Brand And Orgs and Random Category.

Among the nominees for the Influencers in the field of Arts and Entertainment for Music is BTS – who shares the same spotlight with Ariana Grande, Britney Spears, Drake, The 1975 and others.

BTS’s achievements are not only highlighted for their music but also through their strong social media presence. Hence, they were earlier recognized by Forbes as one of the ‘Most Retweeted Artist’ on the social media platform, Twitter.

On Naver V Live, the group holds the first spot with the most popular channel, commanding 3,937,343 followers at the time of writing.

The group’s social media game is also strong. Its agency BigHit Entertainment actively posts on its social media channels about events and promotions as well as the boys themselves giving fans a glimpse of their daily lives.

Even fans could not help but contain their excitement about the good news of the group’s nomination.

BTS is the 1st kpop group to be nominated in SHORTY AWARDS!

It's an award about their influence on social media?????? pic.twitter.com/3xLcaaYD6A

Voting method is posted on the website, shortyawards.com, and closes on February 16, 11:59 PM ET.