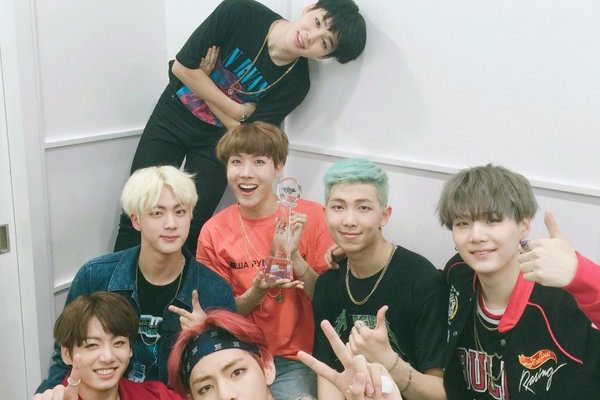 By CL | May 14, 2016
197
SHARES
FacebookTwitter
SubscribeGoogleWhatsappPinterestDiggRedditStumbleuponVkWeiboPocketTumblrMailMeneameOdnoklassniki

All the more reason to activate the hashtags of #BTS and #방탄소년단 on Twitter!

BTS’ global popularity is further solidified, as the group is the first-ever K-pop act to receive its own Twitter emoji. On May 12, Twitter launched the emoji featuring the septet’s bulletproof vest logo, which can be activated by #BTS and #방탄소년단.

According to Billboard, the emoji was launched ahead of the group’s upcoming Asia Tour in June. It will be used for a global Twitter contest to track down BTS’ best fans worldwide, where five countries with the most amount of tweets using the emoji will receive special thank you video messages from the boys.

At the time of writing, it was revealed that South Korea, Japan, The Philippines, United States and Indonesia are placed at the Top 5 spots. The competition and emoji are expected to run until June 22, three days before BTS attends KCON NY.

This, however, is not BTS’ first Twitter accolade. The group won the ‘Golden Tweet’ award in 2015, and was featured in Forbes for being the ‘Most Retweeted Artists’.

In related news, the boys also snagged their second win for Fire on the May 13 episode of KBS’ Music Bank.