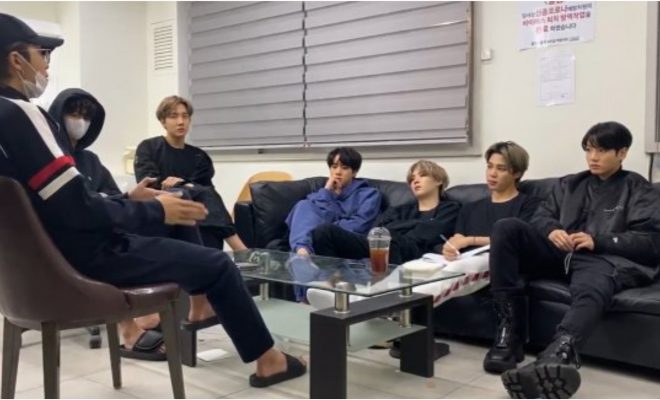 Fans get to see the creative work process of BTS as they prepare for a new album.

On May 11, BTS conducted a live meeting to discuss the concept and message of the new album which was aired on their YouTube official channel, BANGTAN TV.

Jimin who had revealed himself to be the group’s Project Manager in one of the earlier YouTube lives, led the meeting and asked the other members to share their ideas for the album’s theme, desired music style and how many songs they should put in the album. 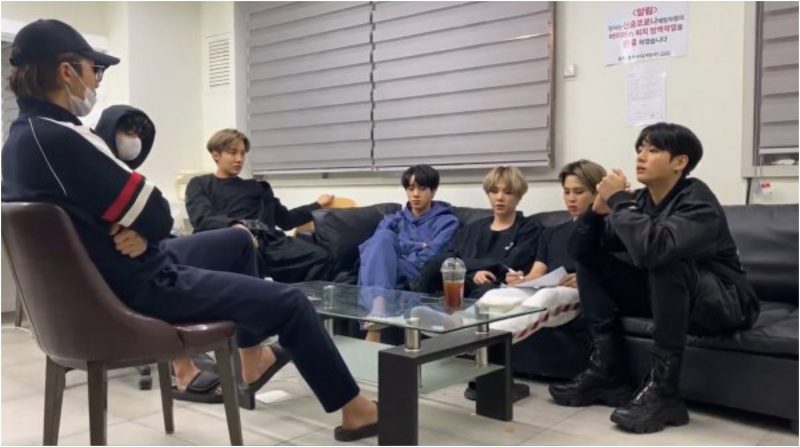 The members discussed with each other passionately as they pull out their thoughts. Then, they talked about the message they wanted to include in their new album.

RM said, “I wish I could comfort many people metaphorically through songs like “Spring Day” rather than direct comfort.”

He added that in these difficult times he wants to show that this is not the end and life goes on.

Regarding the album’s theme, Suga said, “I hope the theme isn’t dark overall.”

V talked about the keyword, ‘Carry on’ and said that it has a good feel to it and carries the message of comfort.

RM said ‘Telepathy’ came to his mind when he was talking to a friend about what would people like to hear.

He continued, “When we looked at Weverse or Twitter, many of our fans were upset due to cancelled concerts and we were struggling. How great would it be if we could convey our sincere thoughts without having to speak. I think all the time we spent in seven years and the eyes we exchanged at the concert is our telepathy.”

Suga said, “I pulled out a book yesterday, and there was a small note on the first page. It popped out and I stared at it blankly. I suggest the keyword of the new album to be ‘letter’. It would be fun to write various things through the letter.”

Jin said, “If we talk about our fun and hard times with our friends, it’s definitely different for everyone but we can all feel empathy. How about writing a song about ’empathy’?” 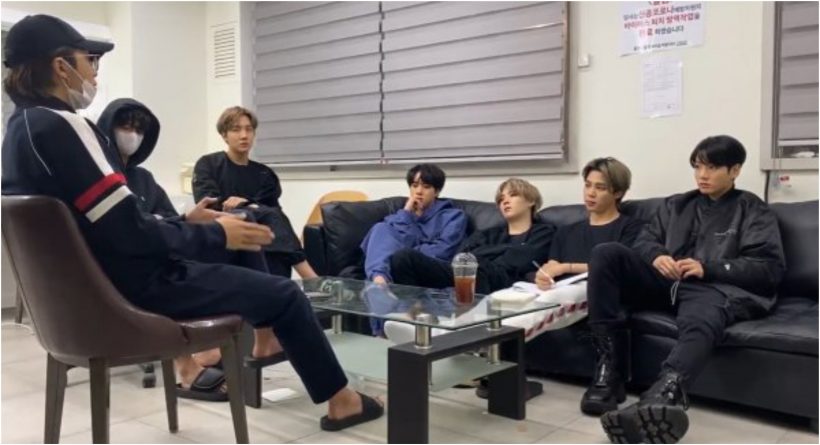 Jungkook suggested, “I wish there was a song that could help with stress. It is a socially difficult time now, so I recommended a song that can relieve stress.”

Afterwards, Jungkook mentioned the rap song, “Tony Montana” and said, “I wish there was a slightly trendier song for our vocal line.”

J-Hope said, “I think it would be nice to show our colors. I wish we could do atleast one song that is BTS’ style.”

V also expressed the desire of having an upbeat song in their discography and mentioned “So What” as an example. He said that that he would like to put the lyrics of consolation in an exciting song.

Members also commented their thoughts on unit songs as well as group songs. While they listen seriously to each other’s ideas, their laughters never ceased during the meeting. As they end the meeting, BTS members agreed on organizing their own opinions and sending them to Jimin.

Meanwhile, BTS are scheduled to release their Japanese album, Map Of The Soul: 7 ~ The Journey ~ on July 15. After that, they will having another comeback, and the preparation process for that is regularly being updated to the fans.