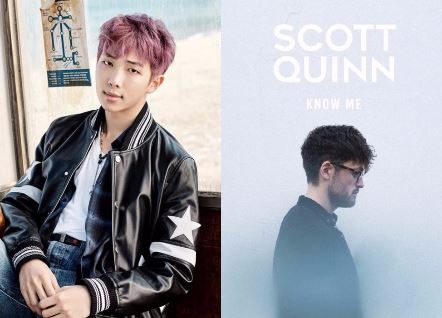 BTS and Scott Quinn are now friends on Twitter.

With the unique hashtag #RMusic, Rap Monster shares his appreciation to a wide range of musical genres – from Alternative, Hip-Hop, to Indie music.

It has become an avenue of support for any artists that he looks up to as a way to promote the artist’s new single. With such posts, the group’s Twitter account has garnered attention on some instances,  a simple shout-out or even a follow-back from the featured artist.

Check out Scott Quinn’s new single Know Me, if it is “good music” as Rap Monster has recommended earlier on.