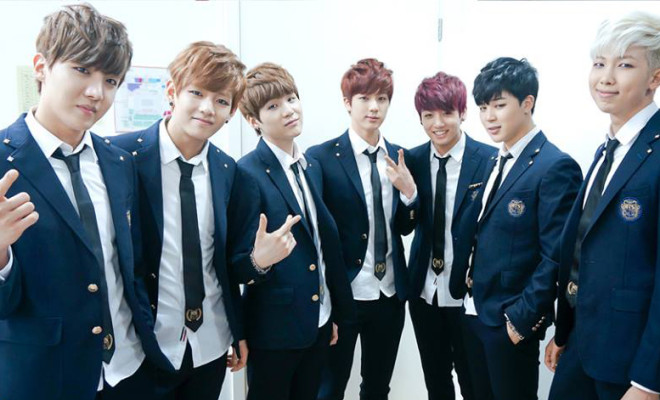 BTS has launched its online shop which unveils a number of limited edition ‘grand opening’ products that are expected to sell out. The shop is currently promoting its exclusive line of HIPHOP MONSTER dolls that resemble each individual member.

Each member of BTS is recreated into a HIPHOP MONSTER and can be differentiated through their distinct facial features.

The HIPHOP MONSTER dolls are priced at 55,000₩ (approximately $54 USD) each, and only one of each doll can be purchased per registered account. Each doll is seen wearing a small image keychain of the member and a black vest with ‘BTS’ and bullet images in the front and ‘BTS’ with the doll’s name in the back.

V abuses the Jimin and Suga HIPHOP MONSTER dolls below:

Jin sleeps with his HIPHOP MONSTER:

The online shop also has a slogan towel and the “NOW” BTS in Thailand DVD available. The group’s CDs and DVD packages are also to be sold on the online shop in the near future.

FacebookTwitter
SubscribeGoogleWhatsappPinterestDiggRedditStumbleuponVkWeiboPocketTumblrMailMeneameOdnoklassniki
Related ItemsBTSdollHIPHOP MONSTERj-hopeJiminjinjungkooklaunchLimited Editionmerchandiseofficial shoponline shoprap monstersugaTwitterV
← Previous Story Watch: Little Girl’s Hilarious Reaction When Her Tooth Gets Pulled Out
Next Story → Watch: How To Sing Like G-Dragon, According To TAEYANG