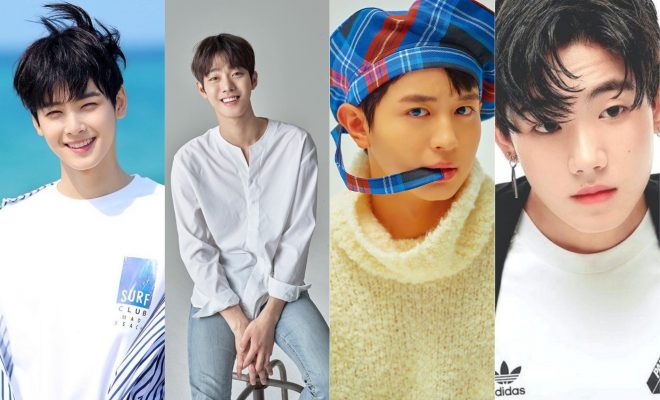 Cha Eun Woo, Ahn Hyo Seop, Jung Yoo An & Bang Jae Min will be starring in Top Management. It is the first Korean drama to be produced and aired on YouTube Red. Featuring a stellar young cast, the drama exudes lively and energetic charm.

The four young stars will be on a journey as they grow as musicians and as individuals. Despite problems, they are led by their manager, played by Seo Eun Soo.

The band released their first music video on October 2 as S.O.U.L. or Sound Of Ultra Light. It features the lively and youthful visuals of the group. The melody is also an R&B dance style that is based on hip-hop beats. The song is filled with addictive lines and refreshing vocals.

Cha Eun Woo is fresh from his stint at My ID Is Gangnam Beauty, his first major drama role. He continues to develop better as an actor with numerous acting projects. Ahn Hyo Seop is famous for his role in Thirty But Seventeen as the quirky nephew of the lead actor.

Jung Yoo An is a rising actor who started at minor roles in projects such as Along with the Gods and Come and Hug Me. Lastly, Bang Jae Min is a talented young rapper who recently competed in survival rap variety show High School Rapper 2. Together, they make up S.O.U.L.

Top Management expects to capture eyes and ears with idol and music material, as well as the relatable struggles all youth face today in pursuit of their dreams. The drama will be released through YouTube Red and available on October 31.

Are you excited for S.O.U.L? Can’t wait for Top Management to start? Let us know! Tag @hellokpop in all your tweets.