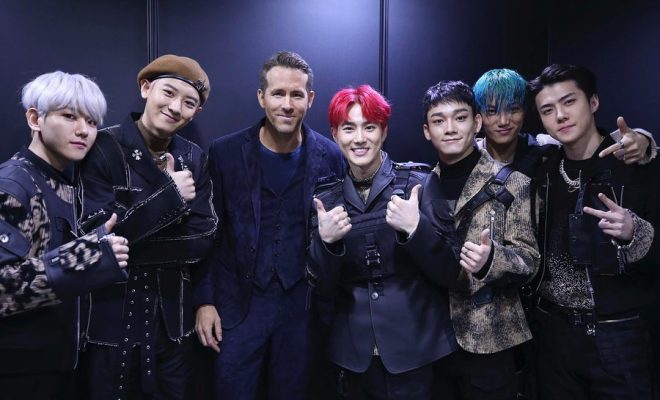 EXO’s Chanyeol stays winning as he happily proclaims himself as a successful fan after meeting Ryan Reynolds!

The boys of EXO, especially Chanyeol, were up in the clouds as they met with the cast of the Netflix film 6 Underground – which included one of the rapper’s ultimate idols: Ryan Reynolds! 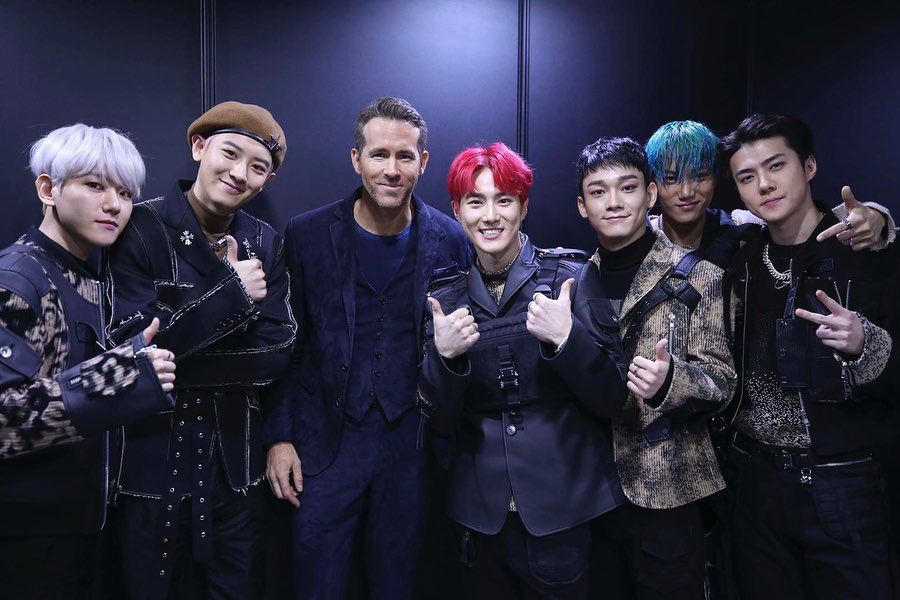 In line with the promotions for the film, a red carpet event was held in Seoul last December 2 with its cast members Ryan Reynolds, Mélanie Laurent, and Adria Arjona in attendance, together with its director Michael Bay and producer Ian Bryce.

Opening the event before the movie’s cast took the stage, EXO put the spotlight on their latest comeback track “Obsession” to further raise everyone’s energy levels up. Moreover, Suho revealed on stage how his younger groupmate is such a huge fan of the film’s lead. “Chanyeol really likes Ryan Reynolds,” he said, also mentioning that the rapper even dressed up as Reynolds’ character Deadpool in the past.

“It’s such an honour to be able to meet an actor that I’ve always liked. I’m really excited for 6 Underground and I want to watch it right away,” Chanyeol gushed in return. 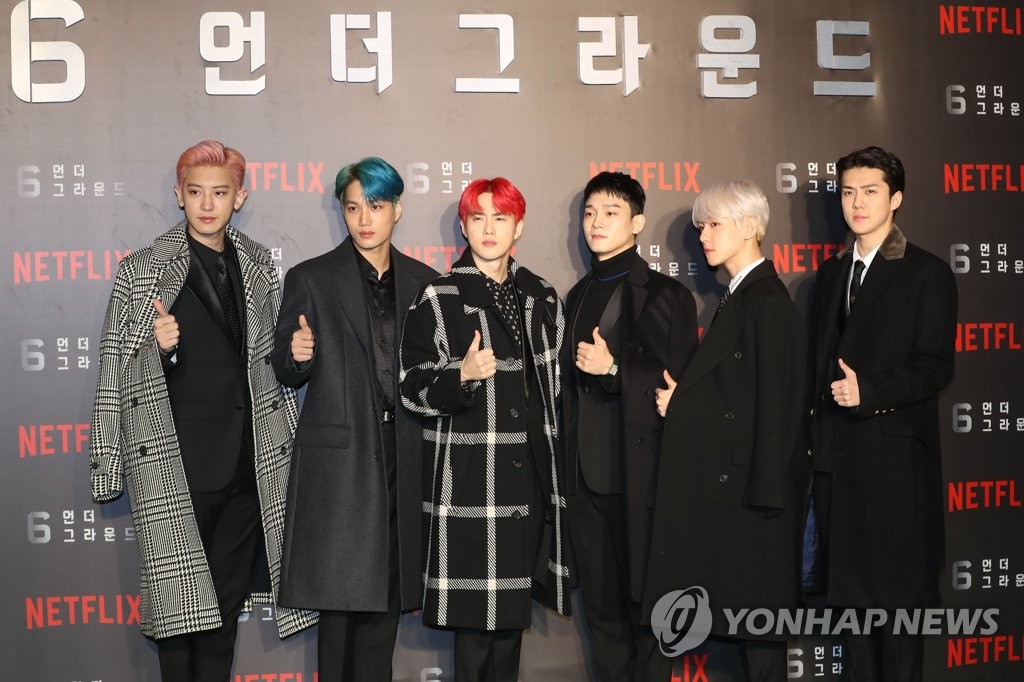 His fanboy moment was rewarded very much when Ryan Reynolds personally expressed how impressed he was of the group by saying that EXO’s performance was amazing and giving them a thumbs up.

The two also got to meet personally backstage and took a photo together, which Chanyeol proudly shared on Instagram with the caption “Successful fan”.

Reynolds posted a photo of him beaming with the group as well, completed by a caption showing off his trademark wit and humour that said, “I’m in the band. No, for serious. The security guard who tasered me was part of a carefully choreographed sequence me and the guys have been working on from our basement studio in my imagination.”

I’m in the band. No, for serious. The security guard who tasered me was part of a carefully choreographed sequence me and the guys have been working on from our basement studio in my imagination. @weareone.exo 🇰🇷🇰🇷🇰🇷

The actor also posted his photo with Chanyeol on his Instagram stories, and he even tagged both the group and the rapper’s accounts. 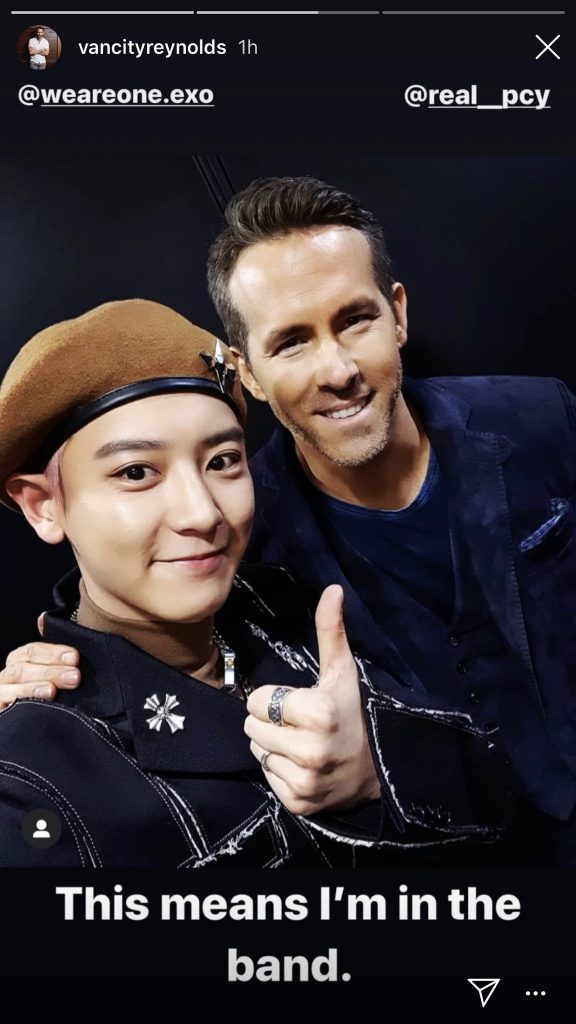 EXO-Ls can remember how the rapper had ordered in his very own Deadpool suit for Halloween – but because of a delay in customs, the costume did not make it on time for the SMTOWN WONDERLAND Halloween party. Despite this, he got to proudly don the suit during his birthday event with many fans in attendance.

We need your support! If you have enjoyed our work, consider to support us with a one-time or recurring donation from as low as US$5 to keep our site going! Donate securely below via Stripe, Paypal, Apple Pay or Google Wallet.
30
SHARES
FacebookTwitter
SubscribeGoogleWhatsappPinterestDiggRedditStumbleuponVkWeiboPocketTumblrMailMeneameOdnoklassniki
Related Items6 UndergroundChanyeolEXORyan Reynolds
← Previous Story Kang Daniel To Take On Special MC Role On KBS’ “Convenience Store Restaurant”
Next Story → NCT DREAM Successfully Charmed Bangkok With First Overseas Solo Concert