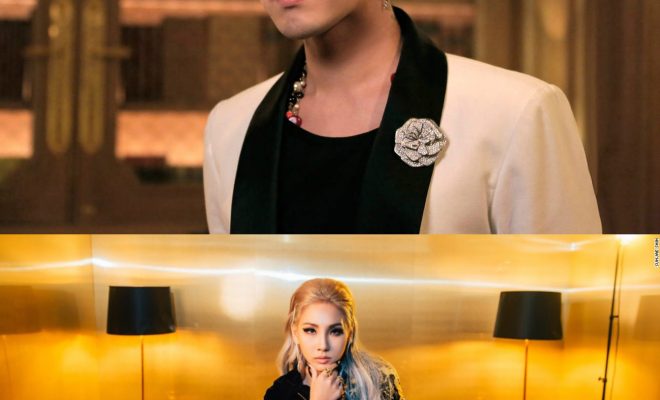 The Only Korean Artists And They Are From YG; CL And G-Dragon Featured On ‘Hypebeast 100’

Only these two YG artists are in this list.

Hypebeast, an online portal for news related to pop culture and fashion, has chosen public figures, who are trailblazers in their respective careers, that had significantly made a lasting impact this year.

As Hypebeast 100 has aptly described the list: “They are the best in street culture and those from the arenas of high fashion and business directly inspiring and influencing the world outside their respective circles.”

Among the notable listed names are YG’s Chaelin Lee or CL, the former member of the popular Korean girl group 2NE1, and BIGBANG‘s G-Dragon.

CL has certainly assured that her U.S debut is one for the books. She has recently released the single Lifted, featuring American Rapper Method Man of Wu-Tang Clan, and embarked on a North American tour to promote her presence in the western music scene.

She became a fixture on various fashion shows abroad most notably showing support for her designer friends, Jeremy Scott and Alexander Wang. She, too, had graced numerous publications from Dazed Korea, Elle Korea, and W to name a few.

G-Dragon, is one unstoppable force, not only in music but also in fashion.

He is one of Chanel’s prominent faces, collaborated with famous shoe designer Giuseppe Zanotti. He ultimately has his own streetwear line, called PEACEMINUSONE, sharing the credits alongside with his stylist, Gee Eun. Just recently, PEACEMINUSONE was launched at Dover Street Market in London.

It is no wonder that Forbes Asia included this BIGBANG member onto the list of the ‘Most Influential Person Under 30.’

This month, G-Dragon and his co-members from BIGBANG are set to have their biggest music comeback so far, to promote their fully MADE album, they go on a hiatus. The members are expected to enlist into the mandatory military service starting from early 2017.