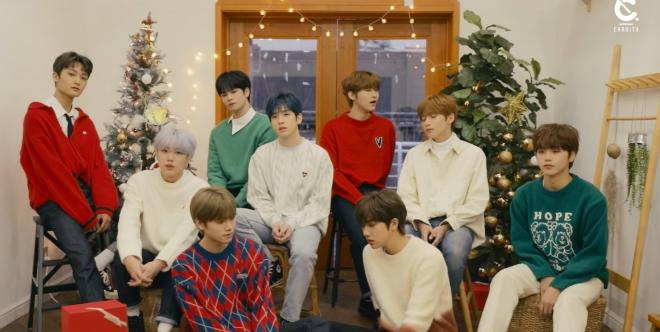 Luvitys have received a special treat and surprise gift from CRAVITY this Christmas!

In celebration of the Yuletide season, CRAVITY dropped the Christmas version special clip of their side track “Breathing”.

Receiving enthusiastic response from fans, CRAVITY surely warmed the hearts of everyone with the release of the special clip for “Breathing”.

Containing cozy Christmas vibe, the boys appeared in the special video with their winter attires that emphasized their individualities. While singing “Breathing” in their mellow voices, CRAVITY brings out their sweet and gentle charms.

They gathered in front of the Christmas tree and presented special memories to fans, delivering winter emotions through the Christmas version arrangement of the track.

Meanwhile, “Breathing” is a b-side track from their second mini album CRAVITY Season 2 Hideout: The New Day We Step Into, which was released in August. It is a dreamy and emotional pop R&B song, with profound and metaphorical lyrics that have been loved by fans.

Watch the special clip for “Breathing” from CRAVITY below:

CRAVITY debuted in April with Season 1 Hideout: Remember Who We Are. They are later on dubbed as Super Rookies of 2020, as they continued bagging numerous awards and recognitions.

Apart from making a comeback after five months since Season 2 Hideout: The New Day We Step Into, CRAVITY plans to return with various charms and will once again show noticeable growth this time.

Meanwhile, CRAVITY SEASON 3 HIDEOUT: BE OUR VOICE will be released on January 19 next year.