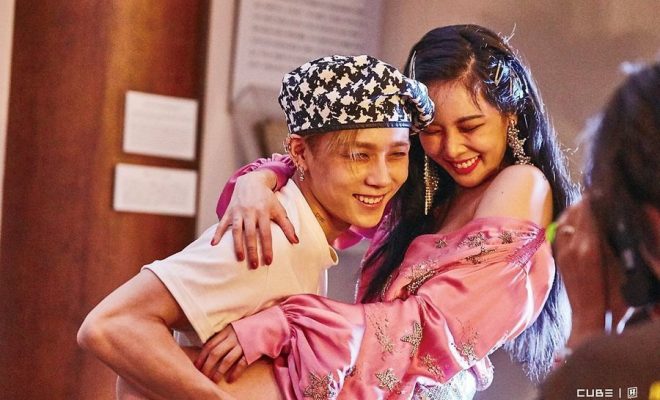 A thrilling saga between HyunA, E’Dawn, and Cube Entertainment has taken over K-pop news on September 13.

After news of HyunA and E’Dawn being pulled out of their scheduled activities including Pentagon’s comeback for E’Dawn, speculations of the two K-pop acts being “punished” by Cube Entertainment have made rounds on social media and news report.

However, September 13 saw light being shed (somehow) on the status of HyunA and E’Dawn in the company after revealing their relationship last month. 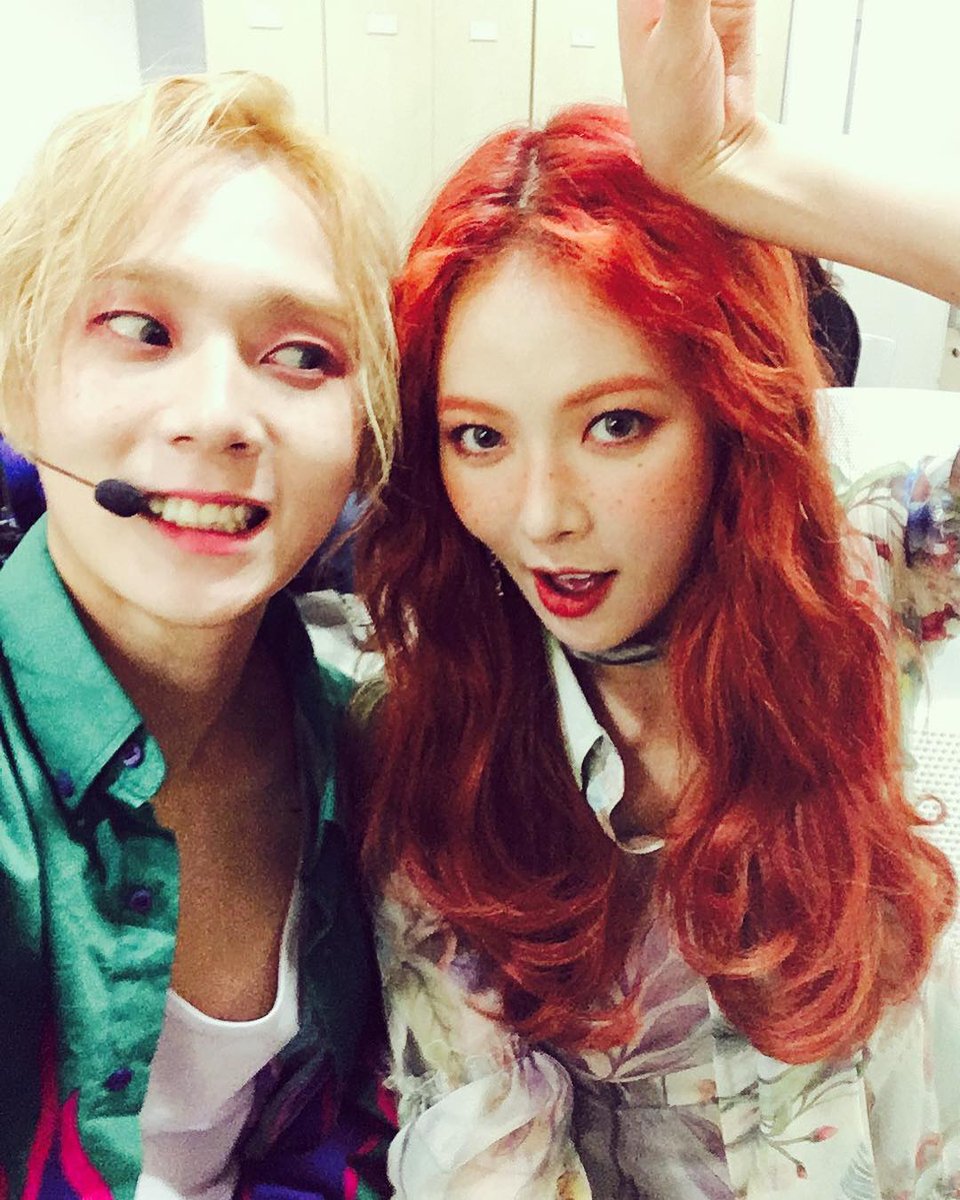 Media outlets have reported that Cube Entertainment has dismissed the two artists. In a statement released on Thursday morning, the company said the decision to kick out HyunA and E’Dawn came as the “trust was broken and cannot be saved”.

The news surprised many as they did not think the company would go that far to dismiss their artists, especially since HyunA has been with the company for more than a decade, and is considered the top act of the agency.

On the other hand, E’Dawn has been instrumental in Pentagon’s music as a composer of the group. He was also the first member to join the group. 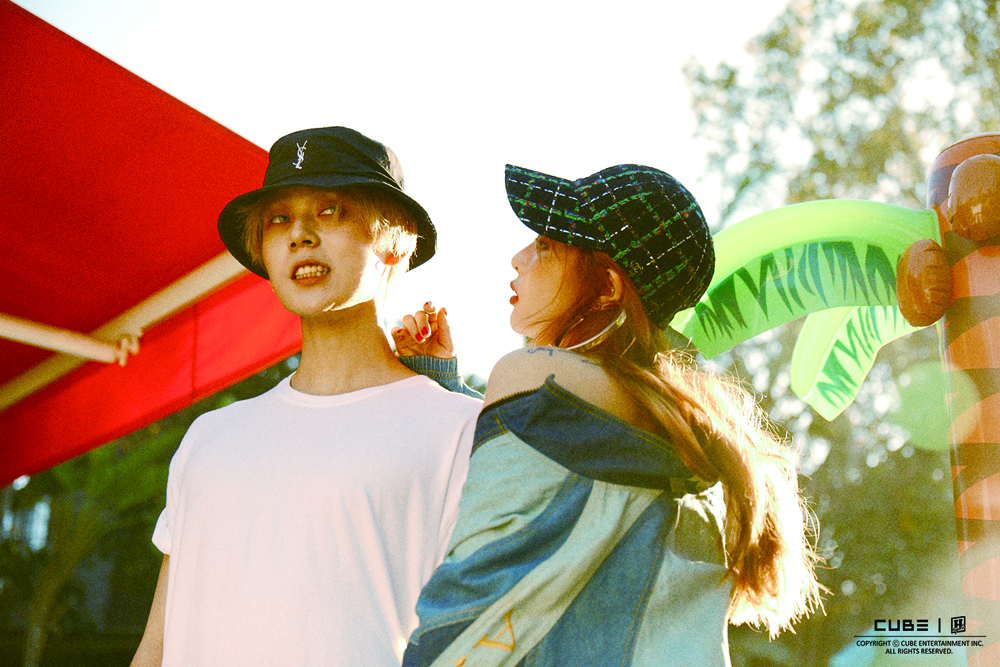 People have taken to Twitter to express their dismay over the news, using the hashtag #CubeIsCancelledParty. Under the hashtag, Twitter users recognized the contribution of HyunA in helping build Cube Entertainment and E’Dawn’s importance in Pentagon.

Moreover, netizens called out the company for dismissing their artists for being in a relationship, while others have expressed their wish for both to build their own agency.

Here are some of the tweets under the #CubeIsCancelledParty:

hyuna was the one paying cube's bills for the last 11 years, they made a huuuge mistake #cubeiscancelledparty pic.twitter.com/oReflzZjvG

I don't even know if he's even in the right state of mind rn. #cubeiscancelledparty

Nobody follows me and probably no one is gonna see this but this got me really tight. How do you remove two of your artists for loving each other!?Hyuna and Edwan have every right to date each other and be happy, this whole thing was blown out of proportion #cubeiscancelledparty pic.twitter.com/OYFtBBStvc

this is a hyuna loving household where we respect and admire one of the most confident and powerful women who's served as a role model and a source of inspiration to so many and will continue to do so – cube lost out bc we're going wherever she's going #cubeiscancelledparty pic.twitter.com/nMVwMXKAim

have arrived at the #cubeiscancelledparty and we’re never leaving MWAH? pic.twitter.com/04jydOtTa0

YOU THINK HYUNA WAS WALKING AROUND WITH A FUCKING NICE SHINY FUCKING DRESS ON WITH A FUCKING CROWN ON HER HEAD WHEN SHE WAS TAKING CUBE TRANIES?! ?BOOM? TO FREEDOM!! #cubeiscancelledparty pic.twitter.com/0p3nG7oKXd

Literally their main act was HyunA

HyunA when she starts her own company with E'Dawn and takes all CUBE artists with them#CUBEisCancelledParty pic.twitter.com/R61CBZIS2R

Can Sunmi take Hyuna to her agency?? Imagine those two together uuugh we love powerful women. #cubeiscancelledparty

Cube is kicking them out because they can't "trust" them anymore; bitch you kicked out someone who worked for you for 11 freaking unproblematic years and you kick her out like she was dirty socks. Who's untrustworthy? #CubeIsOverParty #CubeIsCancelledParty

Cube was struggling financially and almost went bankrupt. hyuna saved them. They became popular because of hyuna. And pentagon is not pentagon w/o edawn. Cube lost 4minute,beast, and now e dawn and hyuna too? Well cube is going down??‍♀️ #CubeIsOverParty #cubeiscancelledparty

Hyuna breast feed Cube into relevancy but all of a sudden they can't "trust" her. #cubeiscancelledparty

this whole thing is laughable. hyuna's been CARRYING CUBE ON HER BACK for the past 11 years. jokes on cube, lmfao. #CubeIsCancelledParty

As of press time, Cube Entertainment’s stance on the issue remains vague as various new reports have spread that the decision is not yet final. It was also reported that HyunA and E’Dawn found out their dismissal via news articles. Moreover, the company has experienced a plummet on its stock prices following the news.

Aside from the issue between the artists and the company, many also took this opportunity to look into the bigger picture of the entertainment industry, especially regarding idols, who are seemingly confined by the image they were made to portray and the expectations of fans on their actions.