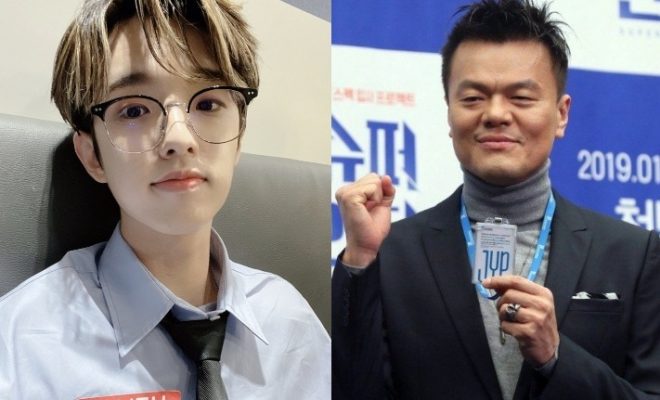 By Khriz Virgilio | May 21, 2020
FacebookTwitter
SubscribeGoogleWhatsappPinterestDiggRedditStumbleuponVkWeiboPocketTumblrMailMeneameOdnoklassniki

This sweet exchange of messages between JYP and DAY6’s Jae is surely a comforting update to fans! 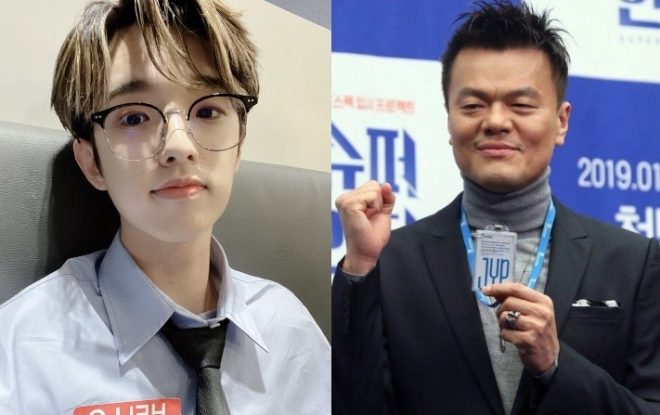 On the evening of May 20, DAY6’s Jae shared the messages he recently received from JYP via his personal Twitter and Instagram accounts. With the simple caption “Our leader”, the idol posted a screenshot of his conversation with his mentor.

JYP first praised Jae for the beautiful work he has done for DAY6’s latest masterpiece “Zombie”. The top producer said in a text message, “Never knew I’ll be listening to a song you composed for three days straight. On repeat! Congrats for the great results.”

Grateful for the support, Jae responded, “Thank you so much! I apologize for the problems I’ve caused this comeback. I’ll get better as soon as possible and get back on the wheel soon! [I] always appreciate your mentorship and demonstration of what an artist should be.”

JYP then advised his junior artist to recover at his own pace saying, “Take your time, Jae. Your health and happiness are more important than doing shows. Isn’t being happy the point of our lives?”

Known as the “Asian Soul”, the top producer revealed he had to struggle to find what happiness is back from 2010 to 2012. “So I rather have you go through these times and find a true answer to your life instead of just chasing something you don’t even know,” JYP added.

FacebookTwitter
SubscribeGoogleWhatsappPinterestDiggRedditStumbleuponVkWeiboPocketTumblrMailMeneameOdnoklassniki
Related ItemsDAY6 JaeJ. Y. ParkJYPPark Jin Young박진영제이
← Previous Story 5 Reasons Why Charismatic ATEEZ Leader Kim Hongjoong Is Emerging As An Inspiration To All
Next Story → TikTok To Light Up The Stage With Hiphopplaya Concert