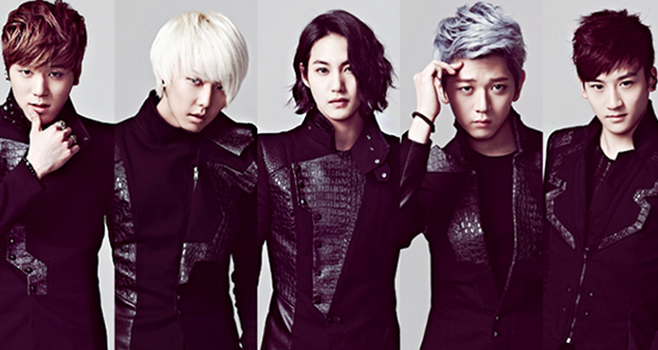 Recently debuted boy band Double JC has released a few hilarious Street Fighter skits on its YouTube channel Double JC. With each video varying from 19 to 46 seconds, fans are treated to a more relaxed and funny side of the members.

The uploaded videos show members Eddy and Prince Mak fighting until their life bars max out. With member Simba as their referee, the boys fight through three rounds and Prince Mak is shown winning every round with a ‘Perfect’ at the end.

In the third round as Eddy partly knocks out Prince Mak, a plot twist is shown as Prince Mak with 8% life left, hilariously runs into the fight arena on a plush doll knocking out Eddy and taking his win. The end of the third round shows Prince Mak hitting Simba with a stick for going against him as Sanchung announces Prince Mak as winner of all.

Here are the videos of all three rounds, followed by some hilarious gifs:

Last and final round.

1. I guess the smell was too beautiful?

3. You are so sneaky Eddy! Poor Prince Mak!

What did you guys think of Double JC’s skits? Are you all hoping for more?