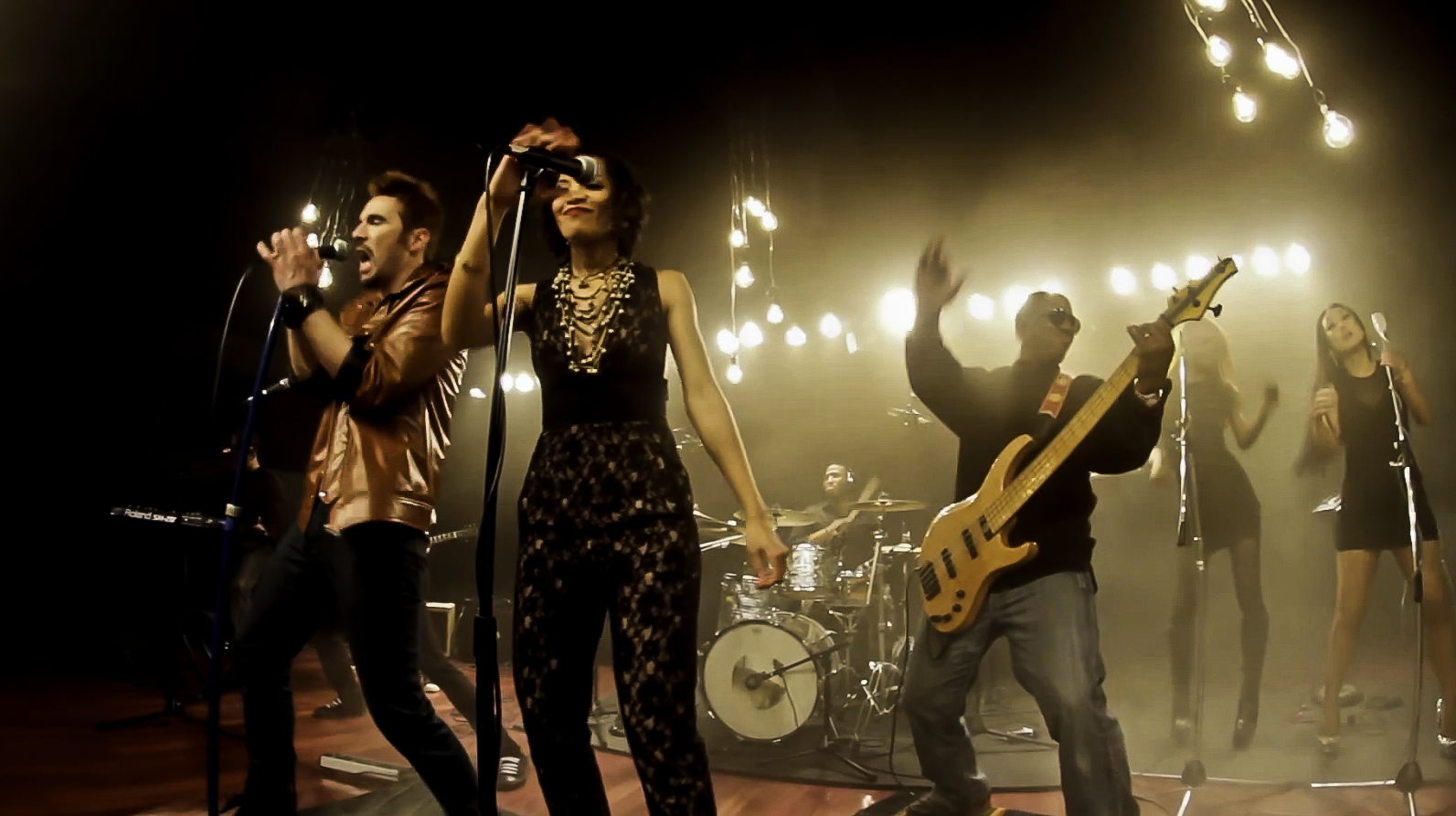 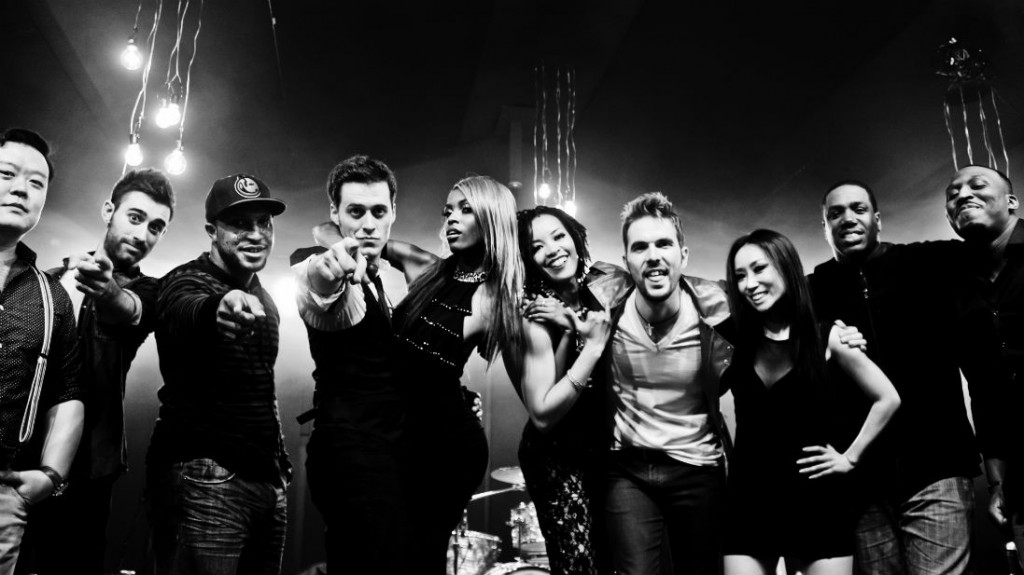 The first multicultural American band to professionally cover K-Pop, Dave Tauler Music Group (DTMG), has become a hot topic among US K-Pop fans in the last year due to their awe-inspiring and interesting twists on some of K-Pop greatest hits.

With past remixes of songs such as 2NE1‘s Lonely, Big Bang‘s Blue, and PSY‘s Gangnam Style, they have managed to grab the attention of fans all over the world in record numbers. DTMG has set out to release a remix that not only paid homage to the genre and culture that they truly respect but also to give the fans something to remember.

Their newest remix is sure to have all the SHAWOL‘s out there cheering and dancing along as DTMG officially released their remix of SHINee‘s latest hit Dream Girl today featuring another Star King alumni and YouTube sensation, Pumashock (aka. Natalie White).

Natalie White has garnered massive amounts of success on her YouTube channel with her remixes and covers of Kpop super hits such as JYJ‘s Ayy Girl, 2PM‘s I’ll Be Back, Kara‘s Step, Super Junior‘s Mr. Simple, TVXQ‘s Mirotic, Wonder Girls‘ No Body, and Girls Generation‘s Gee and has been highly praised for her amazing and emotion-stirring vocals. 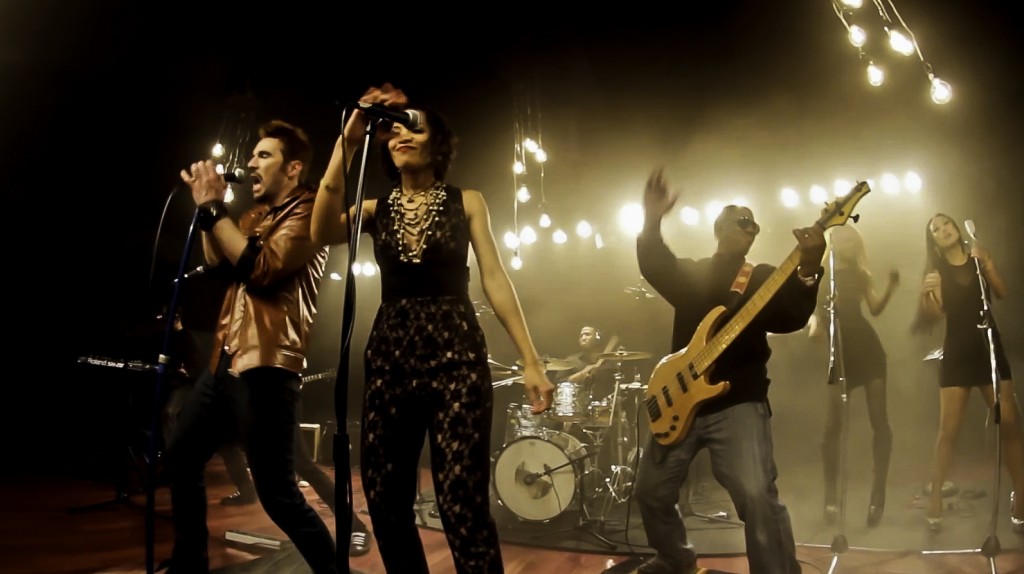 On the eve of the release of their latest cover, DTMG members Dave Tauler and Teo Lee, along with Pumashock, sat down with us to discuss how the collaboration came together and what it was like working together.

What was your first impression of one another when you first met?

Natalie: “The most surprising thing was when we first actually got together on the phone. I understood it was a business call but, honestly, as soon as we got on the phone, I felt like I was just talking to a bunch of old friends – just catching up. There were a lot of laughs. It was a really, really cool conversation. I really like these guys. It was awesome. I was so happy and stoked to work with them. My expectations were very high when meeting DTMG in person and I think my expectations were completely met –if not completely exceeded. It felt very organic. We all hit it off right away. ”

Teo: “She looked exactly like she does on her Facebook page. She was all glamorized and all shiny.”

Dave: “For me it was a surreal experience because I have never gotten to know someone as well as I have gotten to know Natalie (through social media and by phone). Later on we became friends on a personal level. We talked for a long time (ten months), and then all of a sudden, there she was getting off the plane. I said, ‘Oh-my-gosh, that’s her.’ She had a big smile on her face and I could tell she was an artist right away.”

Were you at all worried whether or not your vocals would meld well with one another?

Dave: “Once I started hearing Natalie sing for real in the studio, when we put the mic on her, I was like, ‘Oh My Gosh, I’m going to have to bring my A-Game.’ She is a brilliant vocalist. I had a small idea, but what she brought to the table that day, just blew all of our minds. For me, I knew right then and there I had to step up. I wasn’t too worried about our voices working well together because, the one thing about Natalie I respect so much, is that she is a true musician. She has a lot of soul and strangely enough a rock edge too. (laughs) I was just trying to keep up. Her stage presence blew my mind. The second thing that blew my mind was her vocals, it (the music video), only took two takes and that’s phenomenal. She murdered it.”

Natalie: “The thing I was concerned about, my only fear was, ‘Don’t let me be wasting these people’s time and money. Let me be an asset to this process.’ It was very intimidating for me because I’ve been a one-woman-show for so long. I would love to be in a band and I love playing with other musicians. It’s been a really long time since I’ve had the opportunity to perform with other people and here I’m coming into this situation where the group is just meshed, cohesive, solid and full of first rate musicians. They’ve got a sound and I have to find a way to become a part of that. That was my only concern. I wanted to add to the process and not slow them down in anyway.”

Teo: “We paid careful attention in our (DTMG) rehearsals to try and wrap the sound around what we imagined Natalie’s vocals were going to be like. We had to find something that had that edge, but was still sensational and cool, that would support her vocals. It was so nice to hear it all come together.” 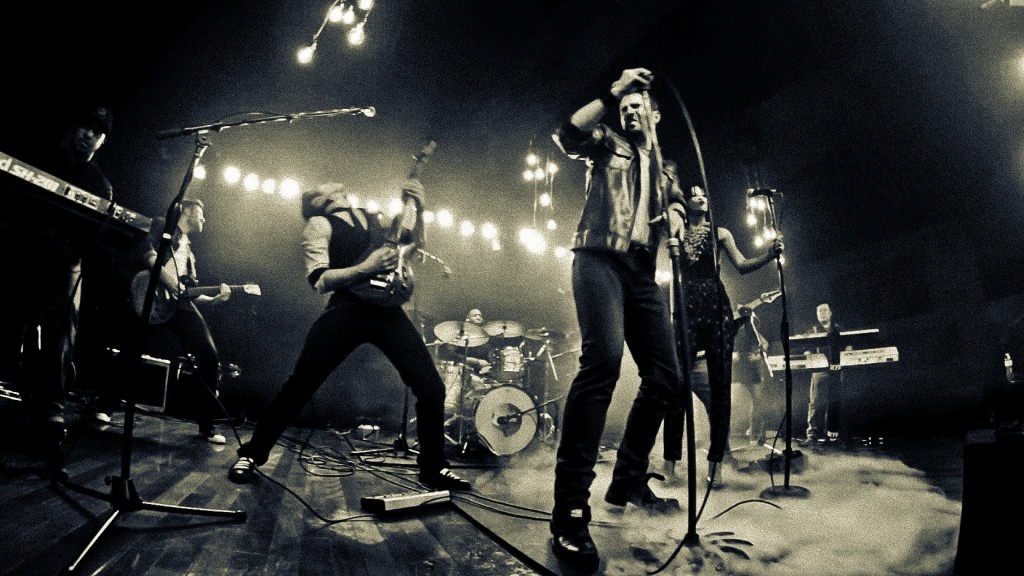 Why did you choose SHINee’s Dream Girl?

Dave: “We loved this song. I loved it for so many reasons it was hard to really say what we could bring to the table to make this even more special. The challenge is that the song is called Dream Girl and ultimately, when you look at SHINee and what there singing, they singing about their dream girl. It can be pretty awkward when you have a song that’s so gender driven. If you listen to the lyrics (with our performance), I’m really singing the guy lyrics and the lyrics that Natalie’s sings works from a girl’s point of view. So it doesn’t get weird in that regard.”

When you were in the studio, what was the atmosphere like?

Dave: “I knew something special was happening. It’s not every day that you’re going to have this many people who otherwise wouldn’t be together if it wasn’t for music and K-Pop.  We have all kinds of different people from different backgrounds. We have Korean speakers, Korean, non-Korean, and non-Korean speaker, yet were all there together – not just in front of the camera but behind the camera as well. We had Brad Baerwald -a Grammy nominated engineer, and who is he working next too, but this distinguished filmmaker and film professor, Christian Oh, who is Korean. We’re all in it together. That, by itself, made this one of the most special experiences for me. They all brought their A game and everyone was having fun. It was just good to be there. It never felt like a job.”

“The reason why we do this is really because of K-Pop fans. K-Pop fans are the coolest fans that we know. They genuinely care deeply about the music and those who support the movement. We love K-Pop fans and K-Pop. We can’t wait to share this (the music video) with the K-Pop world.  We do this for the fans.” 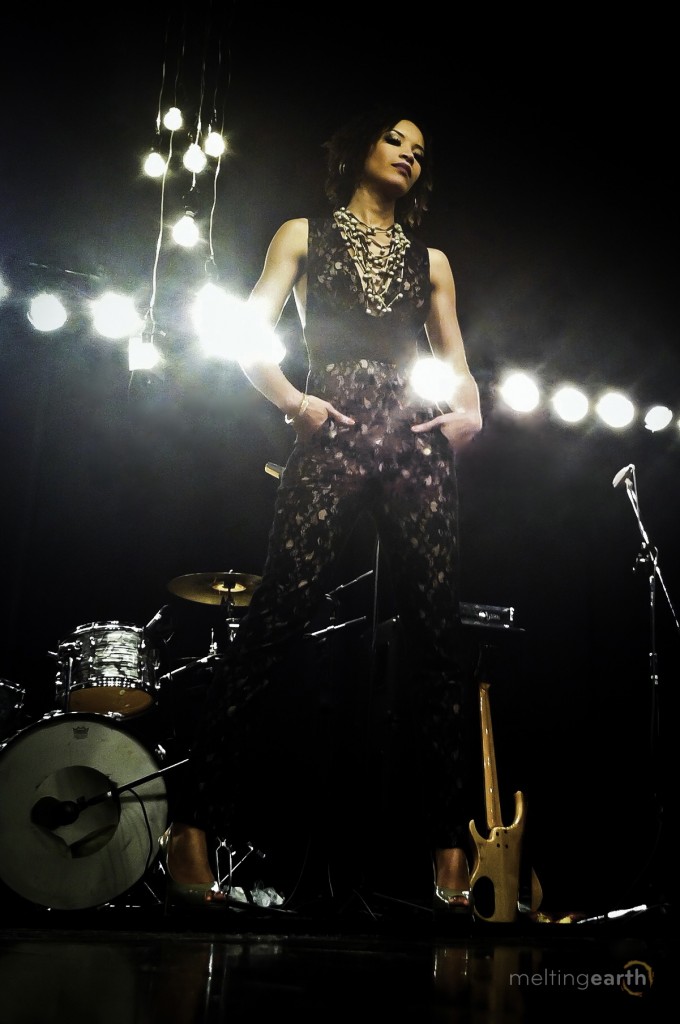 Pumashock, what was it like for you working with a live band?

“Oh, it was incredible. It felt natural to me. That’s what I want to be doing all day, every day. Hearing other musicians who are at the top of their game, feeling the base, hearing the drums kick in, and the guitars rippin’ – that just excites my soul. That’s my element. I absolutely love performing with a live band.”

In three words or less, how would you describe your collaboration and music video to the fans?

Is there anything you’d like to say to the fans before we let you go?

Dave: “팬 여러분! 너무  사랑합니다 (To all the fans! I love you.) I love you. I really do. K-Pop Fans make making music more special than it already is.”

Natalie: “I just want to say thank you! Everyone is so supportive. I’m getting ready to come back and, it’s all because of the fans support, that I’ve gotten this far. I’m going to work really hard to bring them good music and keep spreading the K-Pop wave.”

As we reported earlier, Pumashock has now officially signed with Billboard Entertainment Group LLC under the tutelage of Tyrone “Niddy” Buckner. For both DTMG and Pumashock the news doesn’t just stop here. Pumashock will be guest judging Kollaboration Atlanta‘s talent showcase this weekend, where the winners will be in the running for a $20,000 grand prize at Kollaboration Star later on this year.

DTMG will be performing as the headliner act at this Friday’s Tasa Night Market event at Princeton University with another longstanding friend of hellokpop, SNRG. DTMG will also be headlining Mayor Gray‘s 2013 Asian America and Pacific Islander Heritage Month celebration at Washington, DC’s historic Lincoln Theater on May 30. 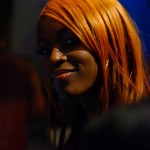 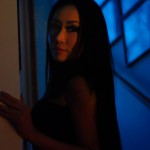 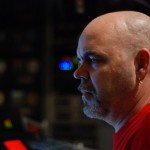 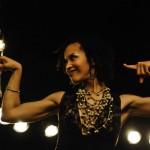 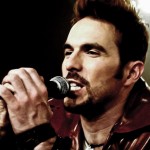 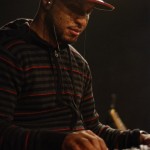 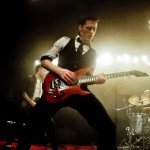 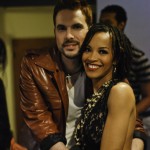 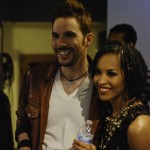 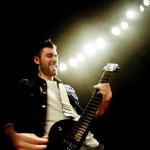 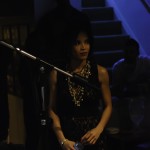 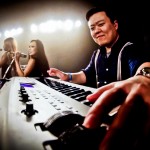 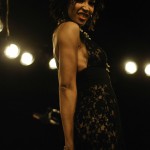 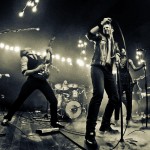 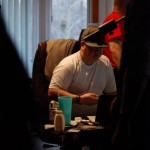 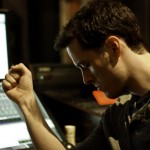 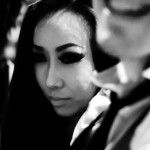 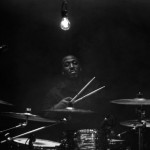 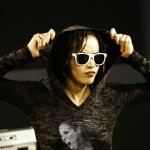 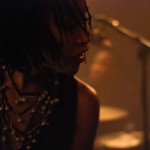 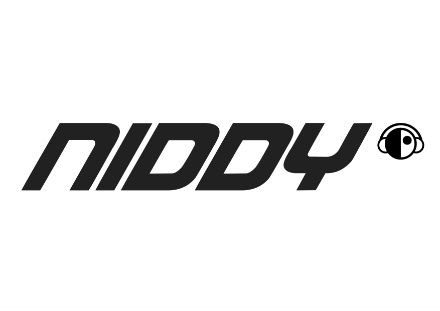